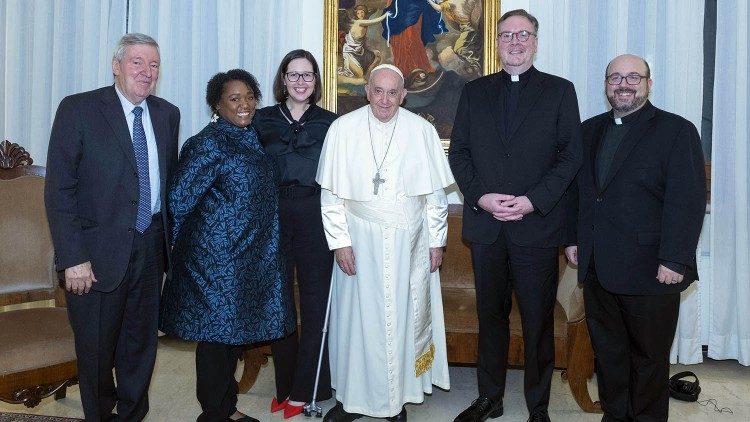 In a recent interview with five editors of the America Magazine, which identifies itself as "the Jesuit Review of Faith and Culture”, Pope Francis (spiritual leader of the Roman Catholic Church) spoke of a "martyred” people of Ukraine while suggesting that non-Russian ethnic soldiers invading Ukraine are "probably the cruelest."[1]

He made the following statement:

"When I speak about Ukraine, I speak of a people who are martyred. If you have a martyred people, you have someone who martyrs them. When I speak about Ukraine, I speak about the cruelty because I have much information about the cruelty of the troops that come in. Generally, the cruelest are perhaps those who are of Russia but are not of the Russian tradition, such as the Chechens, the Buryati and so on. Certainly, the one who invades is the Russian state. This is very clear. Sometimes I try not to specify so as not to offend and rather condemn in general, although it is well known whom I am condemning. It is not necessary that I put a name and surname."[2]

To fully comprehend the severe prejudice committed by Pope Francis, one must be familiar with the background of the characters in the preceding story. Since only Chechens and Buryats are mentioned, the discrimination initially appears to be based on racism. They are separated from Russians, although the Russian Army comprises numerous ethnicities.

Here, the fact that Chechens and Buryats belong to different religions come into play. Most Chechens are Muslims, while Buryats are Tibetan Buddhists and Shamans.[3]  Alternatively, if it was merely a matter of cultural or national "custom," Pope Frances might have targeted numerous other ethnic groups comprising the invading Russian Army, including the Russians.

The media's discriminatory treatment of non-Christian troops in the invading Russian Army is not a new phenomenon. On the contrary, it has existed for some time. Parts of the liberal media reporting on the war in Ukraine had already begun to refer to Buryat soldiers of the Russian Army as "savages," "pandas," and worse.[4]

It is correct that Russia has relied disproportionately on ethnic minorities in its military operation in Ukraine as its primary combat force. Human rights organizations and independent media outlets have documented significant evidence of war crimes committed by Russian forces, but there is no evidence to imply that soldiers from Russia’s national minorities fighting in Ukraine have acted worse than ethnic Russians.[5]

Why would the leader of the Roman Catholic Church (the Vatican) think it helpful to slander people from “non-Russian tradition”? Some contend that the Vatican is attempting to mediate the dispute while avoiding antagonizing the Russian Orthodox Church, a staunch backer of Russia’s war in Ukraine. Therefore, by attributing the most significant crimes to non-Christians, the Vatican would keep the door open for further negotiations with the Russian Orthodox Church. It should be noted that even before the aforementioned interview, Pope Francis reiterated that the Vatican would do everything in its power to intervene and resolve the war between Russia and Ukraine.[6]

Despite Pope Francis' efforts to unite Christianity, it appears to have backfired, at least superficially. The Russian Orthodox Church appears to remain silent on these discriminatory remarks. However, the Russian government utilized this chance to deliver a strong reaction. Maria Zakharova, the official representative of the Russian Ministry of Foreign Affairs, stated that the Pope's remarks on the Chechens and Buryats are worse than Russophobia.[7]

World leaders and governments seem to be looking for ways to stop the Russian-Ukrainian War and are making efforts to realize this. Some of these efforts are made in good faith and aim to contribute to world peace. Türkiye’s efforts in this regard are an example of good faith efforts.  We read the praises and thanks of certain countries and the United Nations for these efforts of Türkiye in the international press. It is not possible to say that some of the ideas expressed in the above-mentioned interview serve this purpose. In this context, attributing the alleged violence by Russian troops to the racial or religious backgrounds of soldiers will not make any contribution to peace. On the contrary, such statements or allusions undermine world peace and deepen the wounds of the past. Recently, it is reported in the press that Russian Ministry of Foreign Affairs has received an apology from the Vatican after the Pope’s remarks about the Buryats and Chechens.[8] Neverthless, it is useful for the leading political and religious leaders of the world to carefully avoid of making matters worse while trying to be helpful.

*Photograph: “Pope Francis and some of the America Magazine staff at Casa Santa Marta” - Source: VaticaNews.va