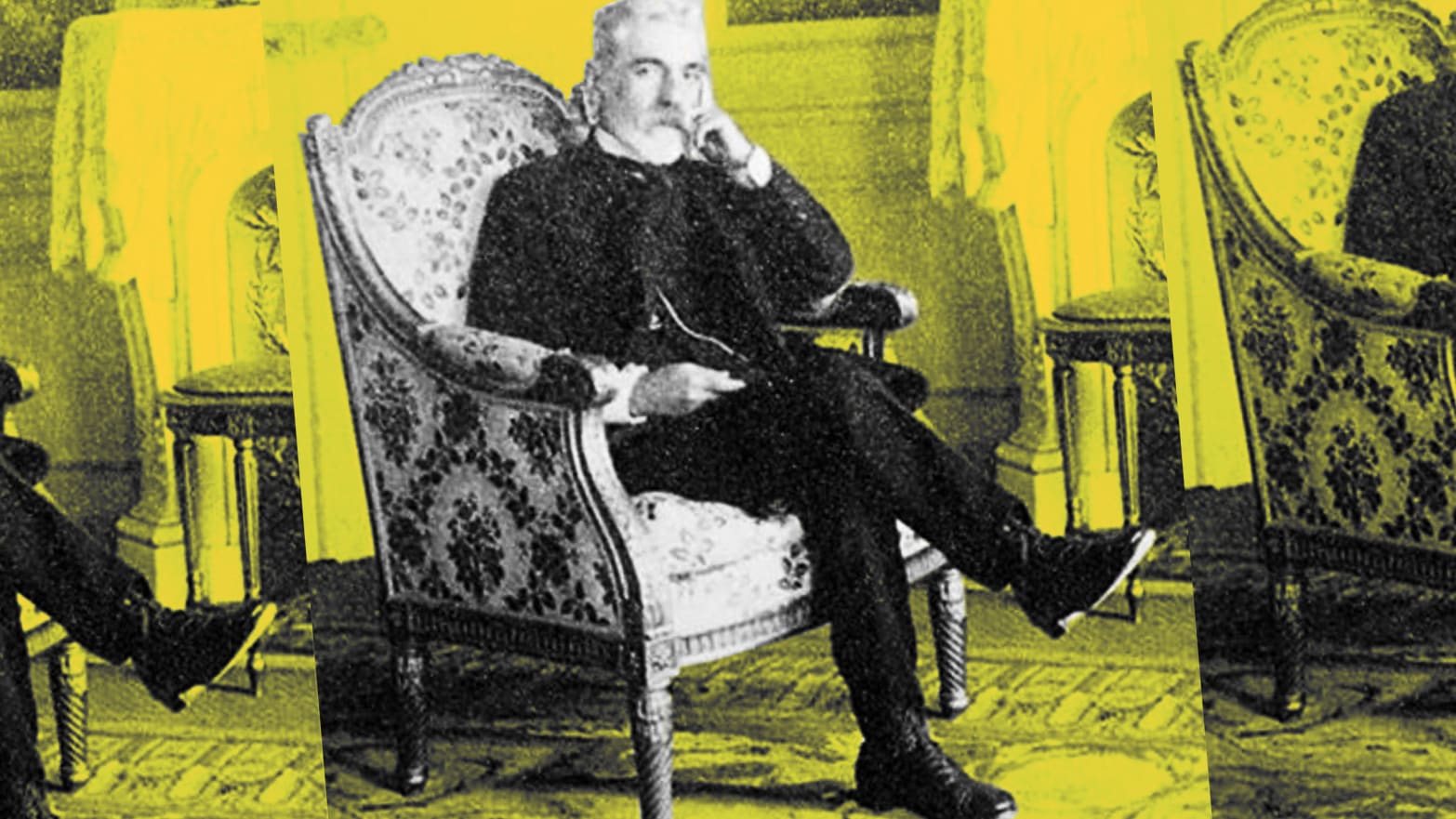 We previously mentioned that the Eastern Prelacy in the U.S, which is under the jurisdiction of the Armenian Catholicosate of Cilicia (Holy See of the Great House of Cilicia) of the Armenian Apostolic Church, publishes articles about important Armenian figures in history in a weekly publication called Crossroads. We previously evaluated the narrative on the 1915 events told in these publications that was unintentionally revealed to have an inconsistent basis through the life story of Svarsh Missakian, who is one of the leading figures of the Armenian Revolutionary Federation (ARF –Dashnaktsutyun/The Dashnak Party).[1] In this context, another life story what was published in the Crossroads on the occasion of his birthday on February 1 is the life story of Hovhannes Kajaznuni, the de facto first prime minister of the Democratic Republic of Armenia (First Republic of Armenia).

Kajaznuni joined the ARF in his senior year of architecture education at university; however, his active participation in politics began in 1906 when he took part in the commission established after the 1904-1905 events in Baku. Following the establishment of the commission, the disturbances only escalated rather than calming down.[2] The ARF blamed Tsarist Russia for provoking the incidents in Baku. For this reason, in 1911, lawsuits were brought against the ARF by the Tsarist regime. Kajaznuni fled from charges directed against him and resided in Europe for a while.[3]

Kajaznuni returned to Caucasia in 1914 and he was elected to the parliament of the Transcaucasian Federation in 1918. These years coincide with the years analyzed by Kajaznuni in his report titled the “The Armenian Revolutionary Federation (Dashnagtzoutiun) Has Nothing To Do Any More” published in 1923 that contains criticisms directed at the past conduct of ARF. Kajaznuni states in his report that, in 1914, when the Ottoman Empire had not yet entered the First World War, the militants of the ARF, carried away by the excitement of their environment, formed “voluntary units”.[4] Moreover, these voluntary units were established despite the exact opposite decision reached at the ARF Congress.[5] Kajaznuni criticizes this by linking it to the internal problems of his party and characterizes the prominent names of the ARF as having suffered from “crowd [herd] syndrome”[6]. He states that the party's officials, including him, believed in the promise that Tsarist Russia would grant independence to Armenia. He makes the self-criticism that their “judgement was clouded” enough to allow their own wishes to be used as a tool for other’s wishes[7]. Despite such words being interpreted in various ways by academics today, in his said report, Kajaznuni establishes a cause and effect relationship between the events that took place in 1915. He correlates the activities of the Armenian volunteer units with the Ottoman government’s Relocation and Resettlement Law, albeit in an ironic way.  Kajaznuni's report is very important in terms of bringing serious criticism to the stance adopted by the ARF during the war. He points out that the aggressive policies of the ARF brought serious consequences and deepened the mutual distrust between the Ottoman and the Armenian communities. On the other hand, in his own way, he criticizes Russian and Ottoman policies as well.[8]

In his report, Kajaznuni says that the Armenian Dashnak authorities gave open support to the British during the war. The ARF fought against the “common enemy” with the British. According to the life story published in Crossroads, one of Kajaznuni’s sons was killed during the Battle of Karakilisa in 1918.[9] Kajaznuni compares ARF’s actions (of which he was a part of) at that time with having been an instrument of Tsarist Russia’s ambitions in past times, and tells that they were once again behaving as the instrument of other forces for the sake of their own ambitions.[10] He criticized the Dashnak administration for not being able to evaluate the events well and acting in a populist fashion due to their goal of establishing their own dictatorship. What’s more, Kajaznuni was one of the prominent members of this administration.

Kajaznuni mentions that when the Turkish struggle for liberation in Anatolia started in 1919, the Dashnak administration had an opportunity to avoid war but did not use it and instead practically invited the Turkish side to war. However, in his own words, the ground for reconciliation was present in 1920; “(…) we were not ‘quantite neglieable’ [negligible quantitity] to the Turks. The horrific events of the recent years were forgotten. The people were rested, revived.” In these statements, Kajaznuni mentions that the events that caused mutual suffering since the beginning of the 1900s had been slowly forgotten. However, in the atmosphere created by the Treaty of Sevres, the ARF-Dashnak administration had become more demanding and destroyed the ground for reconciliation.[11] Kajaznuni says that this was because the Dashnak administration lacked the mindset of a statesman and confused party ideology with state administration.

Kajaznuni’s criticisms towards the ARF are still valid today.

At this point, it will be appropriate to mention Garo Madenliyan’s article evaluating the real ARF identity titled “Who Is an ARF Member-Dashnakstagan” published in Asbarez. According to Madenliyan, it is necessary to personally embrace the ARF program in order to become a true ARF member, meaning, a Dashnakstagan. Those who claim to act with patriotic feelings without embracing the ARF program will sooner or later harm the party. In fact, Madenliyan says that these people can be qualified as an opposition against or enemies of the ARF. Because, within ARF’s logic, all actions taken within the ARF program are in the interests of Armenia. According to Madenliyan, it is naive to adopt the ARF program without embracing the ARF mindset and it is a blatant opposition to the ARF to embrace the mindset without adopting the Program. Accepting ARF’s mindset and program but not accepting ARF’s manner of conduct is also an indication of opposition, while accepting the ARF’s manner of conduct without accepting the Program is simply adventurism. A true ARF member should adhere to the mindset, the program, and bylaws of ARF and must participate in the groups called “Khoump”. Those who do not fulfill any one of these criteria are considered to be the enemies, or to put it lightly, the opposition of the ARF.[12]

Yet, what lays at the foundation of Kajaznuni's 1923 criticism towards the ARF is precisely this totalitarian mindset. He mentions that the ARF's plan of action and mindset made the ARF a tool for the ambitions of other powers. As it can be understood from Madenliyan’s article, there has not been any reasonable changes in the ARF’s plan of action and mindset since 1923.

*The image was taken from the Daily Beast website.