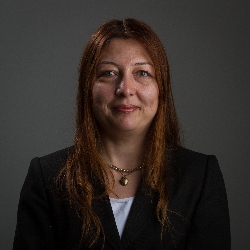 Hülya Önalp graduated from the Department of Agricultural Economics at Ankara University in 1994. In the years 1996- 2002, Önalp worked at YAYSAT Inc. as circulation planner and as the Chief of Planing for Ankara Region at Dergi Pazarlama Planlama Inc. from 2002-2004. From 2005 to 2008, She worked at the Center for Eurasian Strategic Studies where she was the Sales Manager. Hülya Önalp joined AVİM in 2009 as the Assistant to the Director.