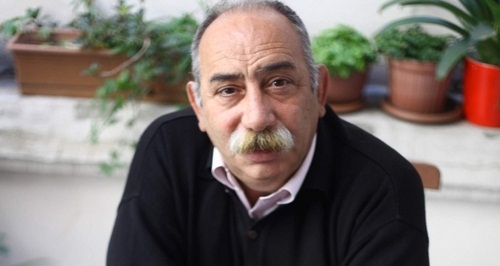 From time to time, Turkey become subject to accusations of censoring Armenian issues, restricting freedom of expression, or punishing those who defend Armenian claims regarding 1915 events. In this respect, propaganda is being carried out against Turkey by alleging that Turkey makes use of the Turkish Criminal Code (Türk Ceza Kanunu - TCK) Article 301[1] that prescribes penalization for the denigration of the Turkish nation, the Republic of Turkey, and the institutions and organs of the State.[2] Thus, efforts are being made to create the impression that Turkey does not respect freedom of expression with regards to Armenian claims and one-sided Armenian views. We can give a current example for such an effort.

The editor of the Armenian edition of the Agos newspaper and columnist Pakrat Estukyan[3] was granted by the President of Armenia Serzh Sargsyan with the Armenian Presidential Award for his efforts to promote the so-called Armenian genocide and increase awareness about the so-called genocide.[4] At first glance, it can be considered that there is no need to pay attention that a journalist from Turkey being granted an award by President of Armenia. But it is difficult to imagine that any Western country or any other state that advocates democracy and freedom of expression can remain silent while the president of a country (with which there are no diplomatic relations) grants an award to someone for their opinions and discourses that slanders their own country and nation. Turkey, on the other hand, demonstrates a libertarian attitude that is uncommon in many other countries. With this humane and tolerant attitude, Turkey gives the best answer to the unfounded Armenian claims and defamations. While the President of Armenia hides this behavior behind the so-called awarding of freedom of expression, he does not see harm in blaming the entirety of a neighboring nation’s people, values, and institutions. In doing so, Sarkisyan forgets the absolute censorship which is applied in Armenia to the opposing view that could question the so-called Armenian genocide.

Unfortunately, what we see in Armenia, a country whose democratic quality and rule of law is subject to controversy, can also be seen in in some European countries that attempt to penalize the rejection of the claims of “Armenian Genocide”. This unfortunate reality can lead to questions and hesitations in people’s minds about the current level of human rights and democracy in today’s world.

Another example in the same context concerns a 2-million-dollar grant by the European Union to a platform[5] among whose supporters is the Hrant Dink Foundation. This foundation has by now made it apparent that it abuses the memory of Hrant Dink, who until his last moment did not abandon his efforts towards reconciliation and who adopted the notion of "Anatolian Armenianism" (unlike the Hrant Dink Foundation, which gives weight to cooperation with the Armenian diaspora). While such associations and foundations are supported against the Turkish views in this way, the fact that the baseless accusations are made against the Republic of Turkey and denigrations against are not taken into consideration can be evaluated in the same context. The time has come to avoid approaches that reflect this double standard.

[2] Law Content: 1) A person who publicly denigrates the Turkish Nation, the State of the Turkish Republic or the Grand National Assembly of Turkey and the judicial institutions of the State shall be punishable by imprisonment from 6 months to 2 years. 2) A person who publicly denigrates the military and police organizations of the State will too receive the same punishment. 3) Expressions of thought intended to criticize shall not constitute a crime. 4) The prosecution under this article will require the approval of the Minister of Justice.