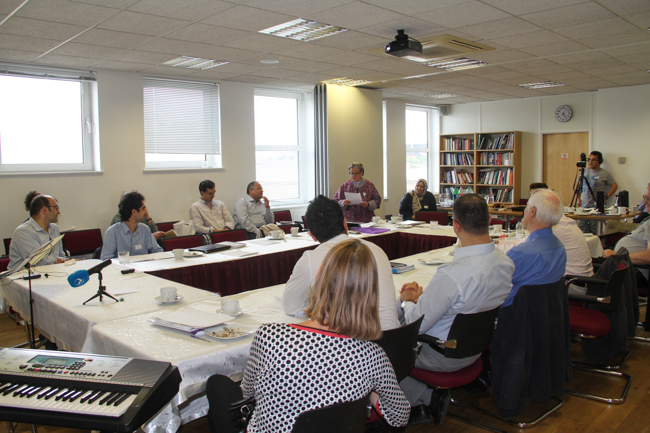 The last installment of the Workshop on Turkish-Armenian Scholarship (WATS) was held scheduled to have been held between 14-17 September at Lepsiushaus, Potsdam. This workshop, which, the organizers claim, aims to bring Turkish and Armenian scholars together was mired by controversy given the exclusionary policy pursued by the organizing committee. The Center for Eurasian Studies (AVİM) has followed developments closely, publishing four commentaries related to the workshop.[1]

Since the first conference organized by those supporting the genocide narrative held at Istanbul Bilgi University in 2005, the activities in support of this particular narrative flourished both within Turkey and abroad. This process was hastened by the reforms undertaken as part of Turkey’s European Union accession process that encouraged the growth of a flourishing civil society. Many of the civil society organizations that facilitated projects in relation to the events of 1915 have received copious amounts of funding from European and domestic institutions in addition to financial support from the Armenian diaspora. Since the murder of Turkish-Armenian journalist Hrant Dink in 2007 and the subsequent public outrage displayed in protest of his murder, this process has further intensified. Organizations such as the Hrant Dink Foundation, which has also received funding from the aforementioned bodies, have organized conferences in cooperation with major Turkish and foreign universities that have facilitated a one-sided interpretation of the events of 1915.

Those supporting the genocide narrative in this debate have incessently argued that academics who reject the genocide thesis are “official Turkish historians” if Turkish, and “Turkophiles” if foreign. These claims gained further ground as the doyens of the Turkish side passed away such as Stanford J. Shaw or retired as in the case of Türkkaya Ataöv. More recently, scholars considered to be close to the position which does not analyze events within the framework of genocide and who do not work on the events of 1915 proper but instead focus on the phenomena of Armenian terrorist organizations such as Christopher Gunn have also been castigated as "genocide deniers." This is also corroborated by the experiences of other scholars who have been placed under intense pressure as a result of their academic research. Additionally, the decision of the European Court of Human Rights in the Perinçek – Switzerland case notes that while there is a body of scholarship arguing the case for genocide, there is also a body of scholarship which does not affirm this thesis. In essence, the ECHR recognized that this is a contested issue.

As such, it must be placed on record that the efforts to silence alternative voices have proven fruitless. There is an emerging body of scholarship produced by young scholars that can no longer be castigated as representing an “official Turkish position” that has been published in respected international academic journals.

It is the view of AVİM that efforts must be made to deemphasize the role of ideology and activism and instead focus on scholarly endeavors for the sake of scholarship alone. The role of ideology in this debate is most obvious in the statement of the Middle East Studies Association of North America (MESA) which contained numerous inaccuracies. MESA has adopted a highly political approach bordering on activism when it comes to matters of Turkish domestic politics. In addition to this, the activism pursued by various academics and all efforts to silence those with alternative views must be removed from the equation if constructive and fruitful discussions are to be held.

Hitherto, efforts to bring Turkish and Armenian scholars together have failed due to those defending the claims of genocide refusing to engage with alternative views. However, there have been some notable exceptions. For example Dr. Garabet Moumdjian, despite his critical approach, has attended conferences organized by the Turkish Historical Society and has also participated in events to bring Turkish and Armenian scholars together. AVİM has also worked to invite Armenian policy analysts and scholars with alternative views to conferences in Ankara. These efforts have proven futile due to the fact that a large percentage of those defending the claims of genocide refuse to engage with those who may have alternative views.

All concerned parties in this debate must come together in a spirit of dialogue. The lack of interaction between scholars, including the lack of critical engagement with each other’s work, has severely retarded the development of the field and turned the debate into an exercise of political power and activism as was demonstrated by the recent WATS conference which was billed as taking place under the auspices of a German minister. AVİM renews its call for dialogue between all concerned parties as the only path that can guarantee fruitful progress for all sides.

[1] For an overview of AVİM’s commentaries and the statements issued by Workshop on Armenian-Turkish Scholarship and the Middle East Studies Association of North America, see "Two Statements Regarding 10th WATS Meeting," Center for Eurasian Studies (AVİM), September 20, 2017, http://avim.org.tr/en/Yorum/TWO-STATEMENTS-REGARDING-10TH-WATS-MEETING.