A QUARTER OF A CENTURY OF INDEPENDENCE OF CENTRAL ASIAN COUNTRIES: THE DEMOGRAPHIC QUANDARY
Commentary No : 2016 / 57
Teoman Ertuğrul TULUN
08.11.2016
6 min read 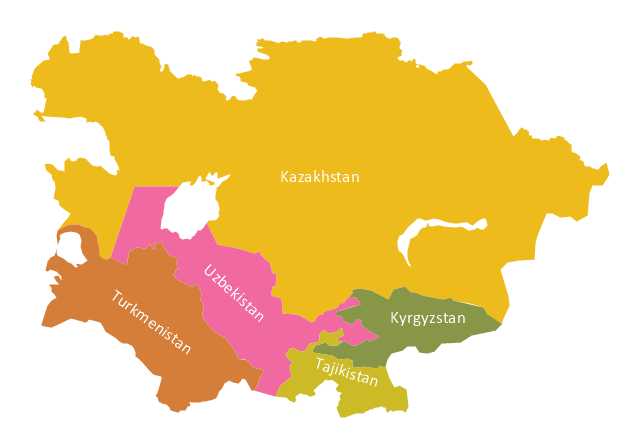 Since their independence from the Union of Soviet Socialist Republics (USSR), over 25 years has passed for the Central Asian countries. Over the years, these countries, both internally and externally, were faced with numerous problems in various degrees. One such problem was regarding the diversification of their economies. Initially, during the Soviet period, each of these countries were part of a large integrated economic structure. After the collapse of this structure, each part of this whole was left on its own and needed to diversify its economy to survive in the globalized economy. This story will be the subject of in another commentary.

These countries, in their 25th anniversary, are faced with another interesting issue: demographics. This issue is different from common or usual issues such as economy or security. Time will tell if this issue will turn into a problem or to a benifit for these relatively newly independent countries. The decisions these countries will take in the field of demographics will determine not only their own future, but also the future of the region.

Even though the population growth of the Central Asian countries has been reaching monumental levels as a whole over the last 25 years, this has not been the case for all the countries in the region during the entire time in question. For example, initially, Kazakhstan was following a different demographic trend compared to the rest of the Central Asian countries. This was especially the case for the first decade. This was mainly due to emigration of each ethnic group from Kazakhstan to their ancestral country after the breakup of the USSR. The decline in Kazakhstan’s population only began to reverse over the last the last 15 years due to powerful fertility rates.[2]

This overall trend was not the case for other Central Asian countries. Kyrgyzstan, Tajikistan, Turkmenistan, and Uzbekistan -who also went through population resettlement- were not as effected as Kazakhstan. Thus, they experienced much larger population increases than Kazakhstan. For example, the population boom of Uzbekistan and of Turkmenistan over the last 25 years has been almost 50 percent.[3]

The issue of emigration from Kazakhstan was discussed above. Other Central Asian countries were also similarly affected by these changes. For example, in Kyrgyzstan, the Russian speaking population has decreased from 25 to 7 percent from the Soviet period. In Uzbekistan, this number has decreased to 3 percent. The story of the Russian speaking population in Turkmenistan was more complicated. In the other countries, the process immigration was a more natural process. In Turkmenistan, on the other hand, it involved inter-state politics. After negotiations between the Russian and Turkmen governments, President of Russia Vladimir Putin and President of Turkmenistan Saparmurat Niyazov signed a protocol and terminated the dual citizenship of individuals who resided in Turkmenistan.[6]

The change regarding the ethnic make up of the Central Asian Republics can be seen both as an advantage and a disadvantage.

Individuals from different ethnic groups can contribute in different manners to the economic and cultural development of a country. Individuals from different ethnic backgrounds can increase communication between different countries and create special bilateral ties (such as the one that exists between Turkey and Germany). If the multiethnic makeup of a country is diminishing, so can the potential benefits mentioned here can disappear.

Lastly, the Central Asian countries must deal with a massive level of urbanization as a demographic phenomenon in the region. Almost all of these countries have implemented what has been called the “concentration model”, in which the population and economic activity have been focused in few large cities. These large cities in turn are coping with the usual problems such entities are facing worldwide.[8]

After a quarter of a century of independence, the Central Asian countries are faced with an interesting phenomenon that presents them with both opportunities and obstacles. On the one hand, they have a booming population. This provides these countries with a young, vibrant population concentrated in medium to large cities with countless economic possibilities. On the other hand, they have an ever-increasing number of senior citizens and a shrinking multi-ethnic population that cause a decrease in the active workforce and may lead to the loss of the cosmopolitan nature of these countries.

[8] “Urbanization in Central Asia: Challenges, Issues and Prospects”, United Nations Economic and Social Commission for Asia and the Pacific, http://www.unescap.org/sites/default/files/Urbanization%20in%20Central%20Asia_ENG_0.pdf