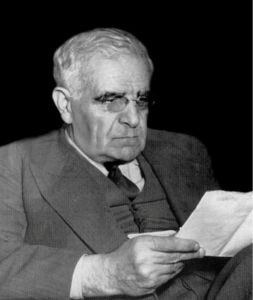 The events of 1915 are being told in a one-sided manner especially through organizations of the Armenian diaspora in Europe and the United States that are closed-off to dialogue. There are some politicians who have adopted this one-sided approach to the events of 1915, which is a legitimate debate subject in all aspects. The most recent example for this was the statement by the French President Emmanuel Macron that he made at an event organized by the Coordination Council of Armenian Organizations in France (Fr. Conseil De Coordination Des Organisations Arméniennes De France). Macron stated that he would declare April 24 as a genocide memorial day. Despite Turkey’s warnings and the works carried out by think tanks that conduct studies on this issue, the one-sided narrative is the dominant view in France and in the countries where the Diaspora is effective. However, concerning these events that the ECHR had deemed to be matter of controversy, it is possible to find inconsistencies even in the Diaspora organizations’ own publications.

The Eastern Prelacy of the Armenian Apostolic Church under the jurisdiction of the Catholicosate of Cilicia publishes a weekly called Crossroads[1] about important Armenian figures in history. This publication unintentionally reveals the fact that the genocide narrative about the events of 1915 is built on an inconsistent basis. For example, let us discuss the story of an Armenian journalist in the Ottoman period, Svarsh Missakian, who “escaped” from the 1915 Relocation and Resettlement. Missakian was an Ottoman Armenian born in Sivas. In 1899, Missakian, who worked as a journalist, wrote articles for a newspaper that was opposed to Abdülhamid II’s regime. In 1909, he joined the Armenian Revolutionary Federation (ARF) and he sent his writings to ARF publications in Geneva and Bulgaria. In 1911, Missakian moved to Erzurum and began working as an editor for Haratch, which was an ARF newspaper. Later, he moved to Istanbul and joined yet another ARF publication called Azatamart.

According to the information relayed by Crossroads, Missakian was “a political activist”. However, ARF is an organization that had carried out many particularly violent attacks in the Ottoman Empire. For example, many civilians and soldiers lost their lives during the raid of the Ottoman Bank carried out by the ARF. ARF took an active part in the Sasun Uprising of 1904 and the Yıldız Assassination Attempt of 1905. It also aided the Ottoman Empire’s enemies during the First World War. However, Crossroads mentions that Mikassian provided information and documents to the media organs of the ARF.

Crossroads writes that Missakian’s name was added to the wanted persons list of the circular dated 24 April 1915. However, Missakian managed to escape with a group of ARF “militants”.[2] After his escape, he continued to provide information for the ARF organizations in Bulgaria until his arrest by Ottoman soldiers in 1916 under the charge of leaking information.

The life story of Missakian published in Crossroads shows that there is another aspect of the 24 April orders given by the Ottoman authorities. In the dominant, one-sided narrative, it is alleged that the arrests of 24 April were made arbitrarily and that the those who were arrested were killed. However, it can be seen from Missakian’s story that the Ottoman citizens engaged in activities endangering the security of the state were an important factor in the formulation of the 24 April orders and that the wanted persons were not sentenced to death upon their arrest.