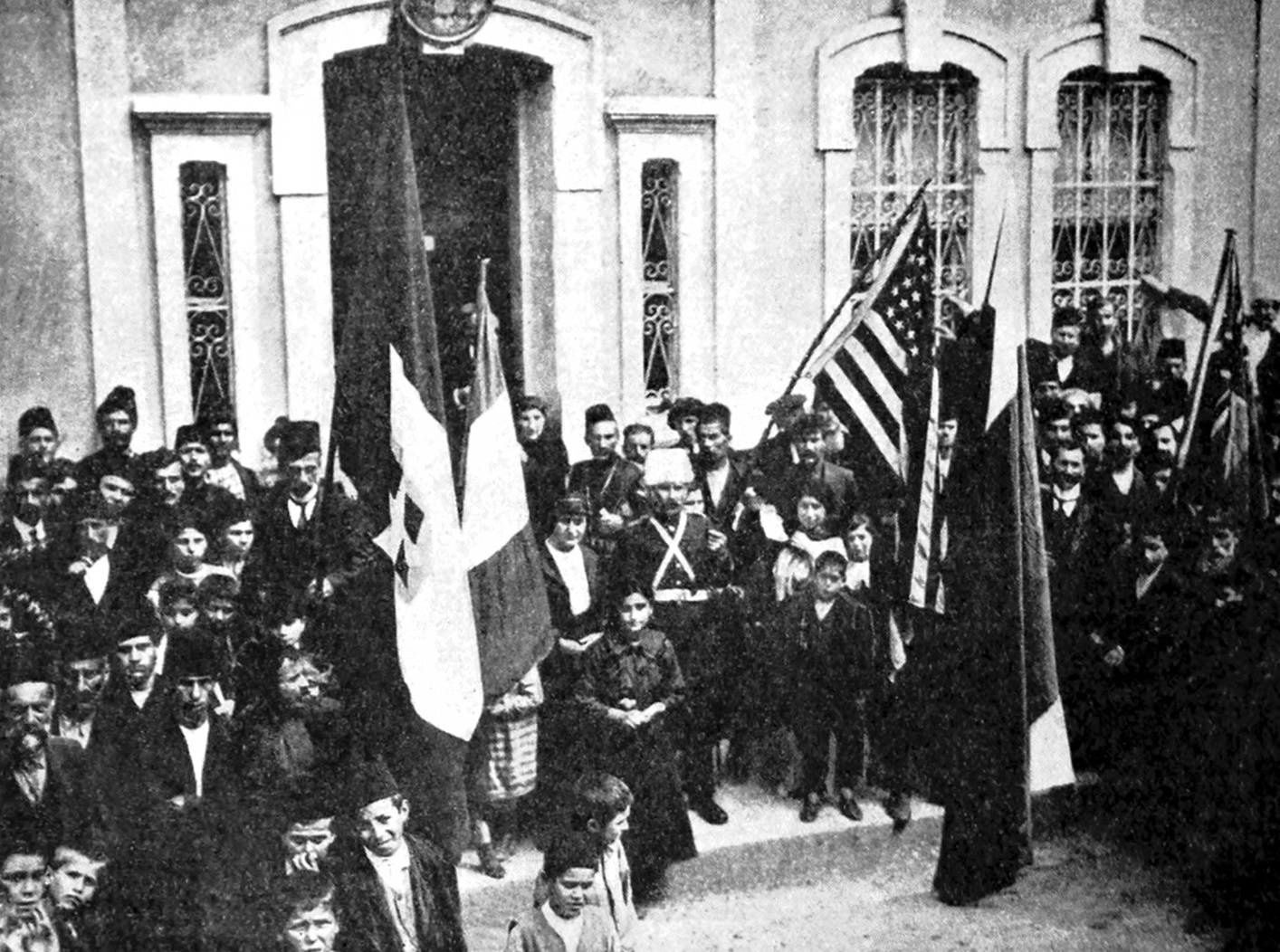 Every year on 19 May, Turkey commemorates Mustafa Kemal Atatürk’s landing at Black Sea coastal city of Samsun on 19 May 1919 as “Atatürk, Youth and Sports Day”. This date is recognized by the Turkish nation as the beginning of the Turkish War of Liberation. The year 1919 corresponds to a period when the centuries old Ottoman Empire was coming to its final days and Turkish people were waging a life-or-death struggle against Western powers, Tsarist Russia, and their collaborators in Anatolia. It should be highlighted that the collaborators of foreign invaders of Anatolia were the certain citizen groups of the Ottoman Empire who had been living in the Empire for centuries side by side with Turkish people.

While Turkey celebrates this meaningful day on 19 May, the descendants of certain ethnic groups who collaborated with the invading foreign forces of the Anatolia during and after the First World War are organizing commemoration events in certain countries with a different interpretation. These events all share one thing in common: To spread hate against Turks, Turkey, and Islam. In other words, their “commemoration” events that spread hate and a primitive revenge mentality are nothing more than the Turcophobic and Islamophobic events. In this context, in the month of May this year, we listened to the “Centennial of the Pontic Genocide” stories and witnessed “commemorations” in certain countries.

As the Center for Eurasian Studies (AVİM), we examined in a detailed way in our report titled “The Pontus Narrative and Hate Speech”[1] the claims and assertions that were invented and started being talked about in Greece and among Greek diaspora during the 1980s. These claims were not only directed against the Ottoman Empire, but also to the provisional Turkish government based in Ankara (known as Government of the Turkish Grand National Assembly) that established the Republic of Turkey.[2]

We stated in our AVİM report that

“[the] Greek Government passed a motion on 24 February 1994 that May 19 be a day of commemoration for the ‘Pontian Genocide’. The issue was introduced into the Greek political agenda in 1992 by the then main opposition leader Andreas Papandreou. He proposed May 19 as the commemoration day for the so-called ‘Pontus Greeks Genocide. When he became the Prime Minister, he brought his proposal to the Parliament and Greek Parliament adopted a law declaring May 19 as a day of remembrance of the ‘Genocide of the Pontian Greeks’.”[3]

Mustafa Kemal Atatürk, in his historic speech known as "Nutuk" (Grand Speech) that he made in 1927, comprehensively evaluated the events that occurred in the last years of the Ottoman Empire and at the beginning of the Turkish War of Independence. In this speech, he described the issue as the “Pontus Question” and stressed that “this question has done us [Turkey] a great deal of harm”. Atatürk’s evaluation of the “Pontus Question” is as follows:

“Since the year 1840, that is to say, nearly three-quarters of a century ago, there were some Greeks who were engaged in reviving the old forms of Hellenism on the Black Sea, between Rize and the Bosporus. A Greek monk named Klematios, who had immigrated to the United States and had returned, founded the first institution on a hill that is today called Manastır (Convent) at İnebolu, which served as a meeting place of the adherents of the Pontus persuasion. The members of this institution appeared from time to time in the form of separate bands of brigands. During the World War, the Greek villages in the neighborhood of Samsun, Çarşamba, Bafra, and Erbaa had nearly all been turned into arsenals containing rifles, ammunition, bombs and machine-guns, which had been sent from foreign countries and distributed among them.

After the Armistice had been concluded, the Greeks, impelled by the Hellenistic ideal, assumed an arrogant and provocative attitude nearly everywhere.

Prepared morally by the propaganda of the “Ethniki Hetairia” and the American institutions at Merzifon and encouraged materially by the foreign countries who supplied them with arms, the mass of the Greeks, on the other hand, begun to cast amorous glances in the direction of an independent Pontic State. Led by this idea, the general massacre, seized the mountain heights and began to carry on a regular programme under the leadership of Yermanos, the Greek Metropolitan of Amasya, Samsun and the surrounding country.”[4]

“The whole of this rebel band was under the protection of some foreign representatives at Samsun who were also busy arming these men…. It was perfectly clear that the foreign officers who had arrived with the deputations of the Red Cross had been ordered to form organizations and undertake the military instructions and training of the members -in short, to lay the foundations of the future Pontic State.”

Atatürk in his speech refers openly to the role and involvement of foreign countries in the “Pontus question” and especially draws the attention to the “American institutions in Merzifon”. This institution was called the American College of Merzifon, which was established by the American Board of Commissioners for Foreign Missions as a theological seminary after the American college in Bebek-İstanbul abandoned its theological training.[5]

Atatürk’s above mentioned explanations provide a very clear perspective of the Turkish evaluation of the “Pontus question” during the establishment period of the Republic of Turkey.

It is a fact that certain armed Pontic Greek groups tried to dismember the state they lived in, collaborated with the invading forces of Anatolia, fought against the people they lived together for centuries, and aggressively disrupted the inter-communal relations in those days and eventually lost. Now, it is the time to face these facts and not to inflict the new generations with hatred and feelings of primitive revenge. Hate speech has brought nothing but pain to humanity. This is also valid for the Pontic Greeks. Revengeful approaches have a potential to trigger the old wounds. As we experienced in the last century, hate caused a lot of problems in Anatolia, but has not solved a single one of them.