THE SHATTERING OF REGIONAL ANCHOR FOR STABILITY: THE PASSING OF KING BHUMIBOL ADULYADEJ
Commentary No : 2016 / 61
Teoman Ertuğrul TULUN
28.11.2016
6 min read 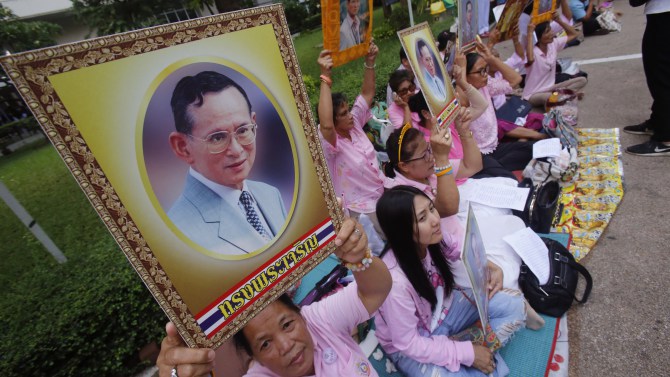 Thailand’s King Bhumibol Adulyadej, having been on the throne for 70 years as the world’s longest reigning monarch, passed away last month at the age of 88. He was revered as semi-divine by many in Thailand.[1]

Thailand is a constitutional monarchy and officially the throne is above politics. The Thai Constitution states that “the King shall be enthroned in a position of revered worship and shall not be violated”. The King is constitutionally a Buddhist and upholder of religions. The King has been the ultimate source of authority for both the Thai military and the political elite. The military’s relationship with the throne has been a cornerstone for Thai state structure and the military’s first duty is to protect the monarch. There were number of coups by the military in modern Thai history and all coups need to be formally approved by the palace, and the latest one in 2014 received approval just like the previous ones.[2]

As mentioned above, revered as semi-divine by many in Thailand, King Bhumibol held a coalition of Bangkok business elites (as a disproportionately large and influential city in Thailand, the city has a dominating presence in the country, which is why its elites are so well-known), the new upper middle class, the royalists, and the military together to prevent the return of exiled former Prime Minister Thaksin Shinawatra (ousted from government in 2006 by a military coup) to Thailand and his party to the Government.[3] This royal establishment and Shinawatra had starkly different outlooks on the how Thailand should proceed into the future, which is why the royal establishment is so much opposed to Shinawatra and his followers.

In the politically unstable environment that has characterized Thailand’s recent history, King Bhumipol Adulyadej had become a symbol of national unity and main source of stability. His interventions in politics to stop crises from escalating were accepted as a political norm.[4]

Due to 2006 and 2014 coup d’états by the military and political clashes between Red Shirts (nickname for Shinawatra supporters) and Yellow Shirts (nickname for royal establishment supporters), King Bhumipol Adulyadej had been perceived as using his political influence in favor of antidemocratic actions in his countries. However, this assessment would be premature and incomplete. It would be an assessment done without considering and analyzing his entire 70 years as reigning monarch. In development of Thailand’s democracy, he stepped in during crucial historical periods and intervened. In short, he also contributed in favor of Thailand’s democratic development.

For example, in 1973, during the pro-democracy upheaval, he had ordered the Palace guards to open the gates of the Palace so the protesting students fleeing from the soldiers loyal to the dictatorial triumvirate could take refuge inside the Palace. With this move, the Triumvirate had received the message of the King and thus Triumvirate voluntarily went into exile. In another incident in 1992, another bloody confrontation started between the military and the pro-democracy protestors. The King demanded both sides to stop the violence and resolve the issue peacefully. Key figures on both sides went onto national TV and promised to resolve the crisis peacefully, and the crisis ended immediately after that.[5]

In that context, the legacy of the very much loved King Bhumibol is immense. It should be noted that the success of the late King may not be contribute positively to the next king’s reign.

After the passing of King Bhumibol, all eyes are now on the succession. According to the royal traditions, his son Crown Prince Maha Vajiralongkorn should ascend the throne. Crown Prince Vajiralongkorn was named the heir in 1972 by the late king, and should ascend the throne as the monarch after approval by the Thai National Assembly, which is in fact a formality under the Constitution.

However, the military junta leader, current Prime Minister, and retired General Prayuth Chan-ocha announced to the public that Crown Prince Vajiralongkorn had asked for time before being officially proclaimed the next monarch. The Prime Minister stated that the Crown Princess’s coronation would be delayed until after the one-year mourning period.

In the meantime, under the Thai Constitution, the 96 years old retired general Prem Tinsulanonda has assumed the role of regent as the head of Privy Council, which is made up of advisors appointed by the king that has notable powers concerning royal appointments and the law of succession.[6]

There are certain claims that General Prem had been pushing for Crown Prince Vajiralongkorn’s sister, Crown Princess Maha Chakri Sirinron to be named next monarch, since it is rumored that she is more well-known and liked by Thai society than her brother. Although this would be an unprecedented royal succession in the current Chakri Dynasty, a constitutional amendment in the 1970’s does allow a woman to occupy the throne.[7]

In the light of these developments, it is possible to state that following King Bhumibol Adulyadej’s passing, the status of Thailand’s royal leadership is still up in the air.

At this point, there is a need to refer to a widely-accepted feeling in Thai society that Crown Prince Vajiralongkorn does not command the same respect that his father earned over a lifetime on the throne.

In such an uncertain environment, it is most likely that the military junta and its leader General Prayuth Chan-ocha, which seized power in a May 2014 coup after months of street demonstrations against the elected government and promised general elections in 2017, will retain a firm grip over the country in the immediate term to ensure that the royal succession proceeds smoothly.

Thailand is a prominent member of ASEAN (Association of Southern Asian Nations) and the stability of Thailand is an important issue for the ASEAN community. Stability, political calm, and predictability in Thailand will not only positively affect the ASEAN, but also the whole of South East Asia.