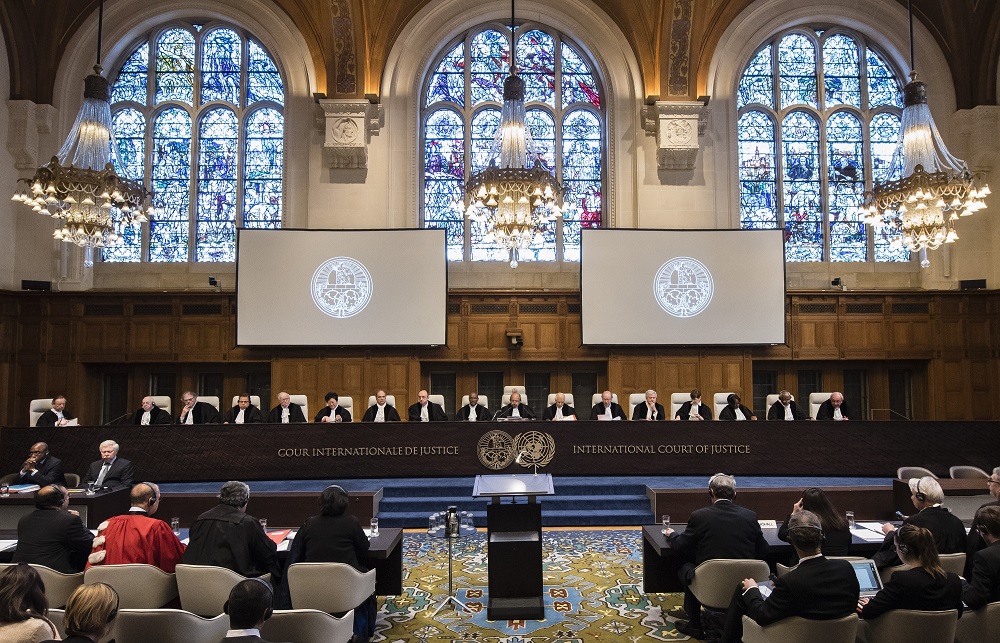 In an extremely tense environment posed by the recent developments in the Eastern Mediterranean, a plethora of reasonable ideas and suggestions have been raised by the jurists and scholars to submit all the problems between Greece and Turkey for settlement to the International Court of Justice (ICJ). Within the framework of these recommendations, it is worthwhile to briefly recall the position and reservation of Greece regarding the jurisdiction of the ICJ.

As per the ICJ website, Greece has accepted the jurisdiction of the ICJ in 2015 with a long list of exclusions which constitute the core problems of Turkish-Greek dispute in the Aegean. In order to better understand the intention of these exclusions, the Greek declaration of 14 January 2015 regarding the compulsory jurisdiction of the International Court of Justice, in conformity with Article 36, paragraph 2 is cited in full below as reflected in the website of the ICJ:

Whereas the Government of the Hellenic Republic made a Declaration under paragraph 2 of Article 36 of the Statute of the International Court of Justice on the tenth day of January one thousand ninety four, in force for a period of five years and effective thereafter until such time as notice may be given to terminate that Declaration.

The Government of the Hellenic Republic having considered the said Declaration, hereby gives notice effective immediately of the withdrawal of that Declaration and replaces the same with the following Declaration:

I have the honour to declare, on behalf of the Government of the Hellenic Republic, that I recognize as compulsory ipso facto and without special agreement, in relation to any other State accepting the same obligation, that is on condition of reciprocity, the jurisdiction of the International Court of Justice with respect to all legal disputes referred to in Article 36, paragraph 2, of the Statute of the Court, with the exception of:

b) any dispute concerning State boundaries or sovereignty over the territory of the Hellenic Republic, including any dispute over the breadth and limits of its territorial sea and its airspace;

The Government of the Hellenic Republic may however submit before the Court any dispute, which is hereby exempted, through the negotiation of a special agreement (compromis).

The Government of the Hellenic Republic further reserves the right at any time, by means of a notification addressed to the Secretary-General of the United Nations, and with effect as from the moment of such notification, to add to, amend or withdraw this Declaration.

Through this declaration, Greece excludes the disputes regarding the “breadth and limits of its territorial sea and its airspace” and the “military activities and measures taken by the Hellenic Republic for the protection of its sovereignty and territorial integrity, for national defense purposes, as well as for the protection of its national security.” By way of this declaration, Greece openly excludes its unlawful militarization of the demilitarized islands, and its unilateral, to say the least, strange claim of 10NM national airspace in Aegean while she has 6NM territorial waters from the list of disputes between the two countries. Additionally, it implicitly announces its intention to extend its territorial waters in Aegean over 6NM which has been already considered by the Turkish Grand National Assembly decision as "casus belli" by its decision of 8 June 1995[4].

Greece, through this declaration, reduces all the disputes in the Aegean to one, namely the continental shelf delimitation. In fact, the Greek Ministry of Foreign Affairs website states in this respect the following:

“… Within this framework, Greece is pursuing the resolution of the only outstanding difference between Greece and Turkey, namely the delimitation of the continental shelf, in accordance with regulations of international law and specifically the law of the sea…”[5].

It is possible to say that this position of Greece makes it almost impossible to solve the problems in the Aegean through international legal means. There is no doubt that the institution that needs to evaluate this uncompromising position of Greece in the most detailed way and to make a warning about the legal inconsistency of such an attitude is the European Union.

[1] “Charter Of The  United Nations And Statute  Of The International  Court  Of Justice” (United Nations, 1945), https://treaties.un.org/doc/Publication/CTC/uncharter-all-lang.pdf.

[2] “Declarations Recognizing the Jurisdiction of the Court as Compulsory” (International Court of Justice, 2017), https://www.icj-cij.org/en/declarations.