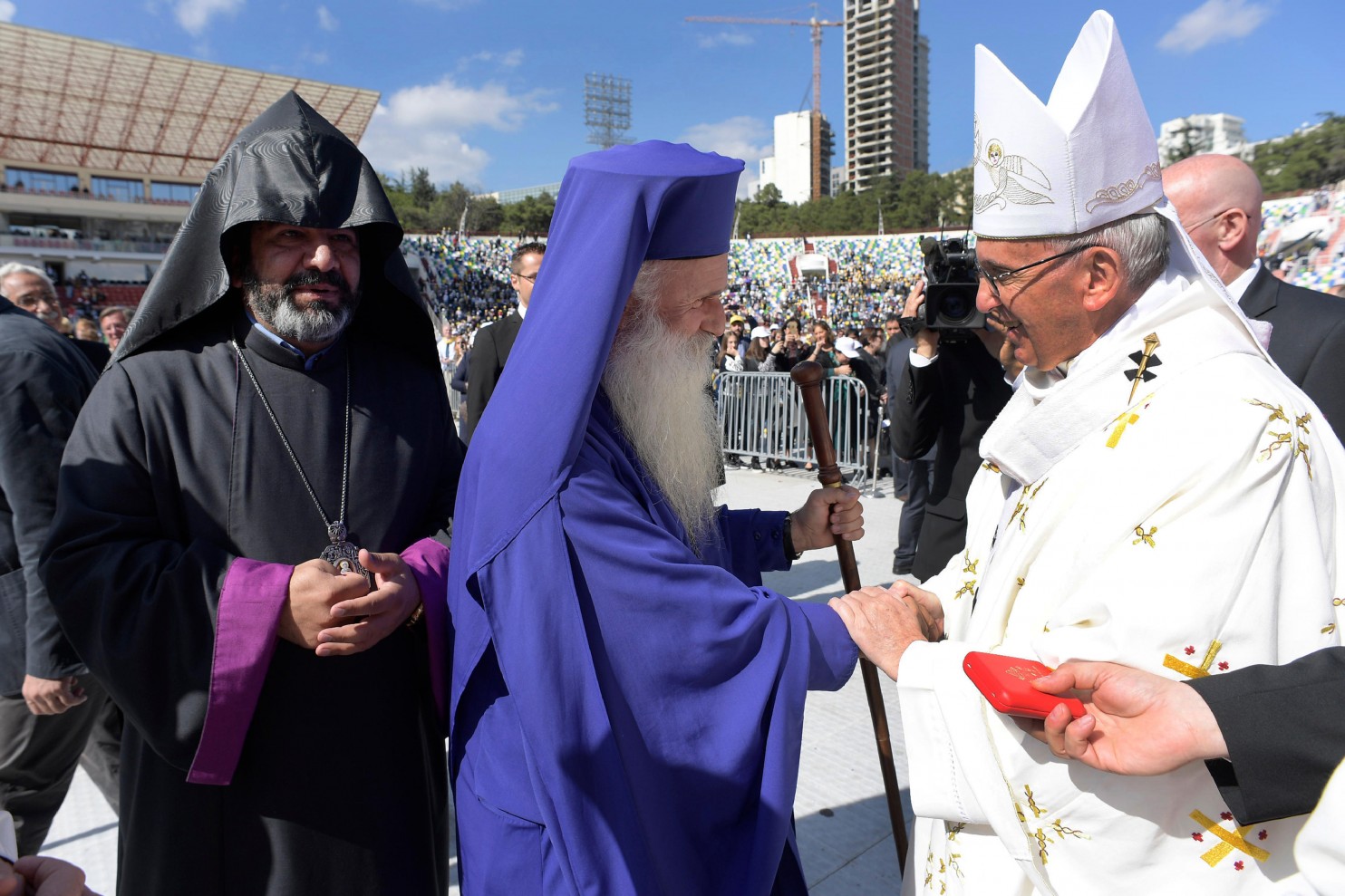 Pope Francis, the spiritual leader of Catholic Christianity and the head of Vatican City State, has completed the second stage of his planned visit to the South Caucasus. Unlike his many other visits, Pope Francis was faced with several difficulties in his visit to the one of the oldest Christian countries in the world, Georgia. The troubles spanned from the religious to the geopolitical domain.

Religiously, he visited a country whose population consists overwhelmingly of Georgian Orthodox Christians. Only around one percent of Georgia is Roman Catholic.[i] Georgia is not only a predominantly Orthodox Christian country, but also it is also a deeply religious one. Conservative values are held in high regards. In such an atmosphere, the Georgian Orthodox Church occupies a special place in the Georgian society. It can be said that the church is the staunch protector of the Georgian national identity. Furthermore, the same church was once a staunch opponent of the Roman Catholic Church.

If the religious context is even further investigated, it can be seen that the Georgian Orthodox Church is historically an important ally of the Russian Orthodox Church. This is still a valid reality today. One of the most important aspects of this alliance is the struggle against perceived intrusion of dangerous Western values.[ii]

As stated previously, religion is only the first aspect that brought a challenge towards Pope Francis visit to Georgia. Pope Francis was faced with geopolitical difficulties during his visit to Georgia. In its 25th year of independence from the Soviet Union, Georgia would like to pull away from Russia’s sphere of influence. Furthermore, it desires to join the Western political bloc by joining Western political and military institutions such as North Atlantic Treaty Organization.  Additionally, two of its territories, Abkhazia and South Ossetia, are currently de facto separated from it with the instigation of Russia.

As such, the Pope was faced with the difficulty of preparing speeches that would not offend Georgian sensibilities shaped both by their religious traditions and political anxieties.

Lastly, Pope Francis, during his visit, was faced with an external factor, namely Russia. Since becoming Pope, Francis has pursued the goal of closing the ranks of the Eastern and the Western churches. His aim was achieving at least a rapprochement between the two major sects of Christianity, Catholic and Orthodox. Part of this effort is about not offending both religious and lay Russians. The important question is how to achieve this goal while at the same time aiding Georgia to continue approaching the Western world?

Despite all the above stated challenges faced by the Pope, Pope Francis did manage to overcome them and had a relatively successful visit to Georgia. The Georgian Orthodox Church leadership accompanied Pope Francis throughout his visit. Despite protests and low attendance, he was allowed to hold a mass at a football stadium.[iii] However most importantly, in order to define success, one needs to first look at the goal of his trip. The Roman Catholic Church had announced the trip as mission of peace.[iv]

The concept of peace, in the context of the visit to Georgia has two sides, both strategic and ethical. The strategic side concerns Russia. The ethical side concerns Georgia. He was strategic in not naming Russia during his critics of territorial violations Georgia had incurred.

He was ethical as he pointed out, even if mildly, by referring to the suffering Georgia had experienced since its independence. Pope Francis pointed indirectly towards Russia’s transgressions that have occurred especially after 2008. In his first day with the Georgian President, he made disguised references to the two breakaway regions of Abkhazia and South Ossetia. He did this by expressing that states should "respect … sovereign prerogatives of all countries within the framework of international law."[v]

He continued his ethical stance by further demanding that the approximately 200,000 people who have been displaced during 2008 conflict, between Russia and Georgia, to be allowed to return to their homes.[vi] Pope Francis further demanded that various ethnic, religious, and linguistic differences be allowed to co-exist in Georgia peacefully. He added people should “coexist peacefully in their homeland, or to freely return to that land if for some reason they have been forced to leave it … I hope that civil authorities will continue to show concern for the situation of these persons, and that they will fully commit themselves to seeking tangible solutions in spite of any unresolved political questions…".[vii]

The visit to Georgia demonstrated that Pope Francis, if he wishes to be, could be both very ethical and strategic at the same. In fact, he was very ethical and strategic in both geopolitical and religious realms. Despite this fact, when it comes to Turkey, he has been neither strategic or ethical. Turkey, for the Vatican, is not a country that can be glossed over easily. This is a fact both geopolitically and religiously.

Yet when it comes to Turkey, Pope Francis has demonstrated repeatedly through his deeds that he disregards Turkey’ sensibilities. This has been demonstrated by his obsessive reference to the genocide narrative of the Armenians to the point of turning Turkey into a scapegoat for forging ecumenism.[viii] This was also demonstrated by his bizarre remark soon after the coup attempt in Turkey on July 15, where he defended his silence by basically indicating that he did not understand what was going on in Turkey. This comment was made despite the fact that by that time it was very apparent to both Turkey and the international community that a bloody coup attempt against a democratically elected government, which left scores of people dead, had taken place (he later on revised his approach and condemned the coup attempt).[ix]

Pope Francis’ visit to Azerbaijan can be seen as the litmus test to determine whether this behavior is geared only to Turkey or to the wider Turkish and Muslim region. This issue will be the topic of next commentary.