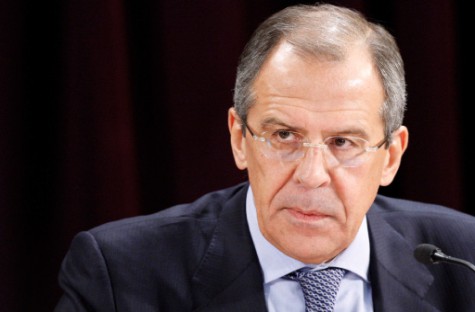 
The two senior diplomats spoke by telephone hours after President Vladimir Putin signed a treaty in the Kremlin making Ukraine's Crimea peninsula part of Russia, despite an outcry from Kiev and the West.


Putin said he did not plan to seize any other part of Ukraine, and Kerry later cautioned that any incursion into other parts of Ukraine would be an "egregious step" and a major challenge for the West, Reuters news agency reported.


"(Crimea) republic residents made their democratic choice in line with the international law and the UN charter, which Russia accepts and respects," a Russian Foreign Ministry statement said, "while the sanctions introduced by the United States and the European Union are unacceptable and will not remain without consequences".


On Monday, the United States and the EU imposed sanctions on a handful of officials from Russia and Ukraine accused of involvement in Moscow's seizure of the Black Sea peninsula, most of whose 2 million residents are ethnic Russians.


Lavrov's remarks echoed comments earlier on Tuesday by Putin who said Western attempts to frighten Russia with sanctions would be viewed as an act of aggression, and that Moscow would retaliate.


Kerry reiterated Washington's position that the referendum and the takeover of Crimea were "illegal" and "unacceptable", State Department spokeswoman Jen Psaki said.


"We don't accept them and there will continue to be costs and consequences," she told a daily briefing. "We are continuing to prepare additional sanctions and we haven't taken options off the table."


Kerry told students at the State Department that an incursion by Russia into eastern Ukraine would be "as egregious as any step I can think of that can be taken by a country in today's world, particularly by a country like Russia where so much is at stake.


He likened the Crimea crisis to the lead-up to World War II. "Today is egregious enough, when you raise this nationalistic fervor which could, in fact, infect in ways that could be very, very dangerous," he said.


"All you have to do is go back and read in history of the lead-up to World War II and the passions that were released with that kind of nationalistic fervour," he added.


He referred to the Soviet Union's meddling in Czechoslovakia and Poland.


"There's a tough history of things like Czechoslovakia in 1968 where the alleged rationale for going into the country was to protect the people in it," he said. "You can ask the Poles how they felt being 'protected' for all those years."


Russian forces took control of the Black Sea peninsula in late February following the ouster of Moscow-backed President Viktor Yanukovich by protests, sparked by his decision to spurn a trade deal with the EU and seek closer ties to Russia.