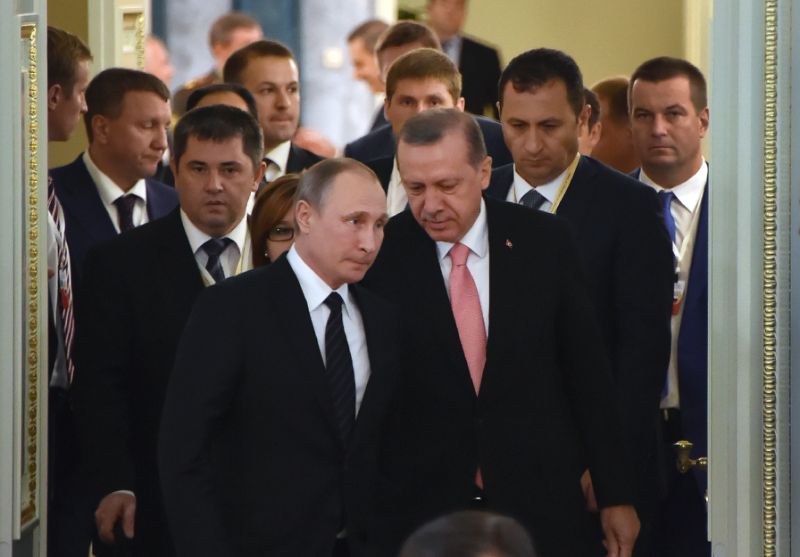 Since the last 25 years or so, political configuration in the South Caucasus has been assessed as one that is composed of two camps. On the one hand, the pro-Western camp composed of Turkey, Azerbaijan and Georgia, and on the other hand, Russia, Iran and Armenia, the camp antagonist of the West. The developments that took place in the last two months, however, point out to the possibility of the emergence of a new geopolitical context in the region. This in turn invites analysts to contemplate on the cons and pros of this potential novelty for the regional countries and influential external actors.

From a geo-strategic point of view, the talks on transportation, specifically the International North–South Transport Corridor project that foresees the construction of a 7,200 kilometers corridor that would connect India, Iran, and the Gulf States to Azerbaijan, Russia and further to Northern and Western Europe for cargo transports is of great importance. This project would establish a new cargo transport route between India, Iran, the Gulf States, Azerbaijan and Russia, and as such would drastically alter the geopolitical context with wider affects on the China-led New Silk Road Project, hence the wider Eurasian region. Secondly, discussions on coordinated fight against terrorism, given the wider and deeper implications of this buzz word, may be hinting to a more profound political meaning.

Another potentially consequential development had been the meeting of Turkish and Russian presidents in St. Petersburg just one day after the trilateral meeting in Baku on August 9th.  As is known, after the downing of the Russian bomber aircraft that violated the Turkish air space at Turkey-Syria border by a Turkish fighter jet on November 24th, 2015, Turkey-Russia relations were dramatically strained. At the meeting that was held approximately eight months after this incident, both presidents expressed their will to rehabilitate the relations, and even to improve them beyond the pre-November 24th era. Arguably, this move, which was quite unpredictable few months before, was at least partially conditioned by the disappointment of Ankara because of the ambiguous attitude of the USA and the European countries following the failed coup attempt that took place on July 15th, and the Russia’s geopolitical competition with the West. Whatever the reasons behind these meetings are, Turkey-Russia relations are on their way to restoration. Within this newly emerging Turkish-Russian rapprochement, Turkish officials expressed their will to include Azerbaijan in Turkish-Russian dialogue that would transform the format from bilateral to trilateral. In fact, this proposition hints at Turkey’s regional perspective. It has to be noted that a well-functioning trilateral cooperation among Turkey, Azerbaijan and Georgia there has been on its ways for a long time, as well as a same sort of bilateral relationship between Turkey and Iran.

In brief, on August 8th and 9th, two important meetings were held that are likely to be the initial steps that would alter the current geopolitical configuration in the Eurasian region. Surely, it is too early to predict the future outcomes. Yet, for now, it is sufficed to say that the very first steps towards a new context have been taken.

Certainly, these recent developments in the region should be subjected to in-depth analysis for further practical and sustainable steps to be taken. Yet, it can be said that these developments harbor a positive potential given the long-lasting impasses in the region, for which external actors, such  as the US, the EU and some European  countries, first and foremost France and Germany, share responsibility because of their egocentric, unreceptive and biased stands. In the recent years, it has become more obvious that the biased and hypocritical approach of the external actors has contributed to the endurance of the controversies in the region more than positively contributing to their solutions. For now, we can view the newly emerging context as an opportunity, the actual results of which are yet to be seen.

As it was pointed out above, there have been talks between Turkey and Russia, and Azerbaijan, Iran and Russia. It is worth thinking of evolving these bilateral and trilateral initiatives into a quadripartite format. However, the South Caucasus is not composed of these four countries; Armenia and Georgia are also the regional countries, and furthermore these two countries are the parties to territorial conflicts in the region, namely Karabakh, South Ossetia and Abkhazia conflicts. Should a quadripartite format come into a successful existence, it could lead the way to full cooperation in the region. Therefore, in order to progress on a promising path, in addition to Turkey, Azerbaijan, Iran and Russia, Georgia and Armenia, should also be included in the dialogue among the countries of the region to foster an all encompassing regional dialogue with the potential of solving the existing conflicts and moving forward. Dialogue and the intended cooperation among the countries of the region should be promoted on the ground of workable principles.

Then the task is the rational search for workable principles. Despite some of its shortcomings, the best available source of these principles is the international law. Therefore, “workable principles” should be found in the basics of the international order and law. Accordingly, the first and foremost principle should be non-violation of national sovereignty, and as one of its aspects, non-violation of territorial integrity. This principle should be taken as the base of the growing dialogue and cooperation. Mutual respect among the regional countries and reliance on international law could bring about opportunities for regional peace and prosperity. It is worth to give it a try, given the detrimental impasse that has been going for too long.