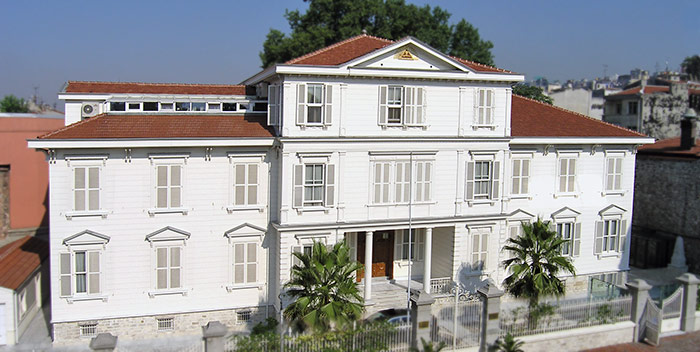 The Armenian Patriarch of Istanbul Mesrop II Mutafyan, having become incapable of carrying out his duties due to his illness, was retired by the Clerical General Assembly of the  Patriarchate in 2016. After the retiring of Mesrop II, the former spiritual leader of the Armenians of Germany Archbishop Karekin Bekchian was elected as the değabah (En. trustee) and an Enterprising Committee was formed (The Trustee and the Enterprising Committee are tasked with carrying out the patriarch election process). After the election of the Trustee and the forming of the Committee, dates for the election of the patriarch were determined (without having finalized the necessary administrative contacts); the delegates who would elect the new patriarch would be elected on 10 December 2017, and these elected delegates would elect the new Armenian Patriarch of Istanbul on 13 December 2017. Meanwhile, according to what was reported in the press, people quickly began to predict that the election would be delayed due to the lengthy nature of processes such as the creation of voters lists. Indeed, the predictions came true and the elections could not be held on the previously determined dates. It is currently not possible to predict on what date the patriarch election will take place.

Apart from the failure experienced with the finalization of administrative processes, the role of Archbishop Bekchian and the Enterprising Committee cannot be overlooked in the missing of the election dates. As we had stated in our previous article;[1] “… discomfort has been expressed through various channels towards Archbishop Bekchian (due to his past and present behavior) and towards some members of the Enterprising Committee, and disapproval has been expressed towards the said people occupying their present positions”. According to news that have surfaced in the media, “officials have informed … that Archbishop Bekchian is not recognized as the Trustee and that it would be helpful if a different formula is used for proceeding onto the patriarch election.” As a result of this, the president and three other members of the Enterprising Committee resigned from their posts. However, despite not having received any reply from officials about his status as the trustee, Archbishop Bekchian has continued to act as the Trustee of the Patriarchate.

Going even further, Archbishop Bekchian has begun to claim that, as the elected trustee of the Patriarchate, he possesses all the powers vested in a patriarch until the new patriarch is elected. The decision taken by the Patriarchate’s Clerical General Assembly on 28 June (meaning on the same date when the decision to remove Archbishop Ateshian from office was taken) in line with this claim has strengthened Archbishop Bekchian’s hand on this issue. Throughout this process, some press organs both inside and outside of Turkey reflecting the viewpoint of the anti-Turkey Diaspora Armenians have made publications supporting Archbishop Bekchian’s above-mentioned claim. In these publications, Archbishop Bekchian has been constantly praised while Archbishop Ateshian has been constantly criticized, and it has been argued that the Turkish State has intervened in and prevented the holding of the patriarch election.

Lastly, Archbishop Bekchian has announced that he will become a candidate for the patriarch election. In other words, on the one hand Bekchian claims that he possesses all powers vested in a patriarch and that he is responsible for administrating the patriarch election, and on the other hand he states that he will become a candidate in the elections that he is responsible for administering. Interestingly, the press organs supporting Bekchian have not uttered a single word regarding the obvious conflict of interest present in this given situation.

The Armenian Patriarchate of Istanbul is one of the institutions of the Republic of Turkey. Since the inception of the Republic, the Armenian Patriarchs of Istanbul have been elected in accordance with the traditions of the Patriarchate and in concert with Turkish officials. Additionally, according to the news shared by the press, it has been confirmed that there is high level official consensus regarding the election of a new patriarch. As such, attempting to imply that the Turkish State is seeking to prevent the patriarch election or that it wishes to deprive the Armenians of Turkey of a new patriarch are revealed to be ill-intentioned efforts that distort the facts. Backing himself on some press organs that espouse the anti-Turkey Diaspora discourse, Archbishop Bekchian is stubbornly choosing to quarrel with officials regarding the patriarch election process and is thus causing the patriarch election process to become obstructed. The present situation suits to the interests of Archbishop Bekchian -who is tasked with serving as the trustee but who is attempting to act as the patriarch without being elected- and his supporters. In the present situation, the patriarch election has ceased to be an issue about serving the religious needs of Turkey’s Armenians. The present situation has literally transformed into a power struggle concerning the efforts by Archbishop Bekchian and his supporters to spread the Diaspora’s influence in Turkey.

In conclusion, if one wishes to determine who is responsible for the failure to hold the patriarch election in a timely fashion, it would be appropriate to look not at the State, but at those who choose to quarrel with the State.

[1] AVİM, “Why Is The Traditional Process Regarding The Patriarch Election Being Opposed?,” Center for Eurasian Studies (AVİM), COMMENTARY NO : 2017 / 84, 15 November 2017, http://avim.org.tr/en/Yorum/WHY-IS-THE-TRADITIONAL-PROCESS-REGARDING-THE-PATRIARCH-ELECTION-BEING-OPPOSED