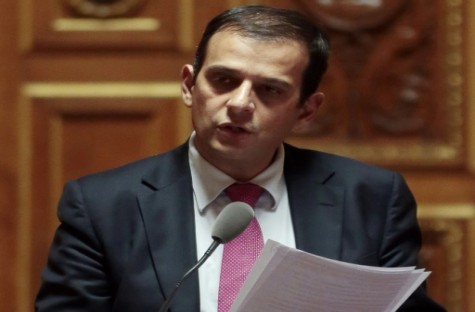 On October 22, 2015, the tribunal of Nanterre (Parisian agglomeration) sentenced Philippe Kaltenbach, senator of the Hauts-de-Seine and chairman of the France-Armenia friendship group in the French Senate, to two years in jail (including one suspended), to a fine of 20,000 euros, and to five years of ineligibility from politics.[1]

In 2012, a video was leaked, showing Mr. Kaltenbach receiving cash as a bribe.[2] According to Mohamed Abdelouahed, the person who recorded this video and gave the money to the senator, this was a case of corruption to obtain -for one of Mr. Abdelouahed’s friends- a flat in a public housing controlled by the city of Clamart. Indeed, at that time, Mr. Kaltenbach was also the mayor of Clamart, and there is a general shortage of public housings around Paris, leading to various practices by people looking for such flats as well as by their friends or relatives.

As a result, the prosecutor of Nanterre launched a probe, and the eventual result was a trial that took place this year. Mr. Kaltenbach defended himself by saying that money seen in the video was merely the reimbursement of a personal loan. However, the tribunal rejected this argumentation, observing that there is no mention of any loan in the video.

Mr. Kaltenbach announced his intention to appeal the decision.

Close to Armenian groups for more than thirteen years, Mr. Kaltenbach was, in 2011-2012, one of the most vocal supporters of the bill banning the freedom of speech on the Ottoman Armenian tragedy of 1915. More recently, in 2014, he visited Armenia and the occupied territories of Azerbaijan, and unconditionally supported the Armenian point of view. This year, he prominently participated in the events for the centennial of the 1915 events, blaming only the Turkish side.

This is the second prominent supporter of Armenian nationalism in the French parliament who has been sentenced due to a financial affair. Sylvie Andrieux was the first. On September 23, 2014, the appeal court of Aix-en-Provence sentenced Sylvie Andrieux, deputy of Marseille, to four years in jail (including three suspended), a fine of 100,000 euros, and five years of ineligibility from politics. The court found her guilty for having obtained more than 700,000 euros of public subventions to fictive associations. The money was used by some influential and dubious persons of the poorest quarters of Marseille, who facilitated her reelection in exchange for these funds. We are now waiting for the decision of the Cour de cassation, which can judge only if there is a legal flaw (the facts themselves cannot be contested). Ms. Andrieux is also known as a staunch supporter of liberticidal bills regarding 1915.