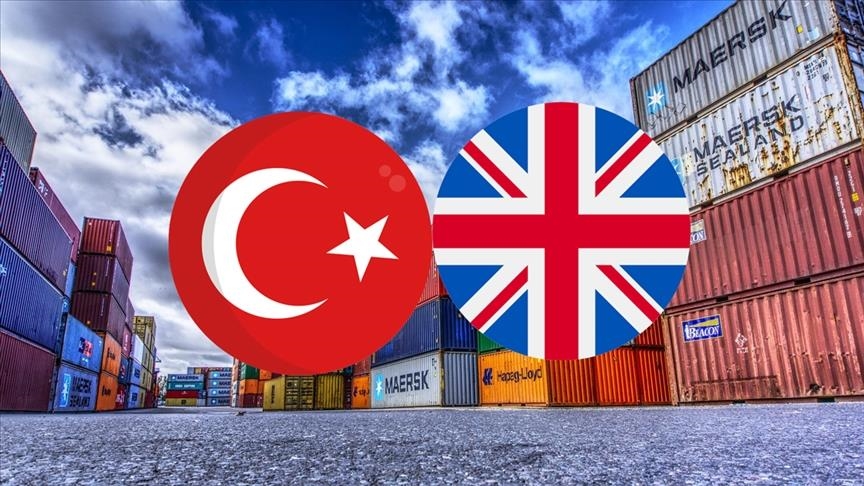 The EU-China Comprehensive Agreement on Investment, which had been negotiated since October 2013 between the European Union (EU) and China, was agreed upon in principle on 30 December 2020. With this agreement, it is aimed to realize the principle of flexibility in the access of the two parties to each other’s markets.

The post-Brexit United Kingdom of Great Britain and Northern Ireland (the UK, commonly referred to as Britain), is trying to get involved in the global economic race with ambitious plans for a “Global Britain” with stronger ties with the Asia-Pacific, where most of the UK’s former colonies are located.[1] In this context,  the British government announced on 31 January that it will apply to join the Comprehensive and Progressive Agreement for Trans-Pacific Partnership (CPTPP)[2], the free trade zone that which includes 11 Asia-Pacific countries[3].

The UK, which had prepared to leave the EU for years, had started to take steps to strengthen its economic relations with China before Brexit. In this process, China’s officials in charge of the economy have stated that “regardless of what happens between London and the EU, the relations between China and the UK will grow steadily and sturdily”. In fact, the officials of both sides even sought ways to expand the UK’s role within the scope of the One Belt One Road Project (Belt and Road Initiative), which aims to strengthen trade between Asia and Europe by implementing infrastructure projects in Beijing’s transportation field.[4] The UK’s withdrawal from the EU means that it has to negotiate its agreements with China by itself, one of its main trading partners. Additionally, the EU-China agreement puts the United States and the EU in opposition to each other by jeopardizing the efforts to revitalize transatlantic relations. In this situation, the UK’s attitude in relations with China becomes important. Therefore, the policy decisions of London to determine the balance in relations with Washington and Beijing have a special sensitivity.

In 2015, the UK declared that it was experiencing a “Golden Period” in its relations with China. During this period, Chinese President Xi Jinping made a visit to the UK, while the representative of the Huawei company was the guest of David Cameron, the British Prime Minister of that time. At the end of 2020 along with Brexit, this policy has been largely reversed. Obstacles have been imposed on the implementation of the 5G communication system in the UK that was developed by Huawei.[5] This ban on Huawei means that 5G will arrive in the UK at a later date and in a costlier way. The deterioration of relations with China means that the initiatives aimed to be created in some sectors in the UK will also fail.[6] Therefore, this anti-Chinese policy is against the economic interests of the British people.

Meanwhile, the UK hopes to increase its strategic importance for the United States by paying more attention to the special relationship between the US and itself. This will inevitably have negative effects on the China-UK economic and trade cooperation.[7] At the same time, almost simultaneously, an EU-China investment agreement has been agreed upon. In truth, the scope of this investment agreement is much narrower than the comprehensive free trade agreements that the EU has negotiated with countries such as Canada, Japan, and the UK. It mainly covers certain non-tariff barriers to business and investment.[8] After the agreement is put into practice, it may have negative effects on the economy in terms of the UK, but the UK considered this risk and turned to a policy of developing relations with the US to be least affected by the negative effects of this agreement.

Given the growing economic ties between China and Turkey in recent years, the effects of the EU-China investment agreement are important to Turkey. Within the context of overcoming economic difficulties, Turkey seeks to give more attention to improving its relations with the Association of Southeast Asian Nations (ASEAN) and with China. At the same time, any kind of rapprochement that takes place between Turkey and China causes concern among Uighurs Turks, who have taken refuge in Turkey after having faced persecution in China.   On the other hand, the EU is one of Turkey’s biggest economic partners.[9] Even though the EU-China agreement does not contain any items directly related to Turkey, Turkey’s economy and thus its companies are expected to be impacted by the agreement when one considers Turkey’s ties with the Chinese and the EU markets. In such a case, holding onto market share will become much more difficult for Turkish companies in the sectors in which the EU also invests. This is because the EU and Turkey have invested in similar sectors in China. Therefore, the EU’s shift of its investments to China will create a risk in terms of foreign investment for Turkey.

[1] Annabelle Timsit, “Post-Brexit Britain has its sights on Asia—if it can get over Europe first”, Quartz, January 14, 2021, https://qz.com/1956687/the-uk-plots-its-post-brexit-strategy-for-europe-and-asia/