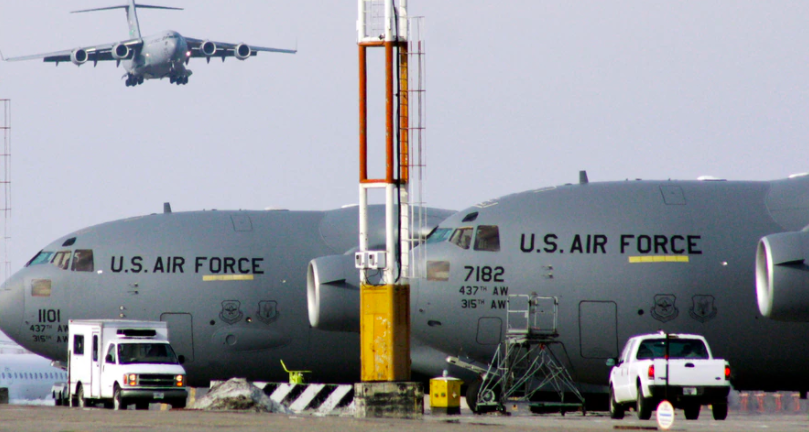 Central Asia, especially from the Cold War until today, when the Central Asian states are celebrating their 30th anniversary of independence, has been seen as a region of secondary importance in terms of American foreign policy and outside its sphere of influence. Central Asia, which came to the fore in the first half of the 1990s with the nuclear capacities remaining from the USSR, with the rediscovery of energy resources in the later 1990s, and with issues such as democracy and human rights violations at the end of the 1990s, has become a dynamic region especially due to trade relations, energy corridors, and security factors.

After the 11 September 2001 (9/11) attacks, the perception of security moved to a different dimension in the USA, and in this context, the US deployed its troops to some countries in the name of “war on terror”. With this, the US began its military deployment especially in the Middle East and Central Asian countries.[1] Firstly, less than a month after the attacks that took place on 11 September 2001, then-US President George W. Bush declared that counter-terrorism operations were launched in Afghanistan under the name of “Operation Enduring Freedom”. In addition, Central Asian countries had to open their airspaces to the USA due to the political conditions that emerged after 9/11. At that time, the US had obtained bases in Uzbekistan and Kyrgyzstan relatively easier, but when it could not obtain a base in Tajikistan, it determined a new strategy and decided to open a military training center instead. It also donated helicopters to the Central Asian states to realize the base agreements. All these costs that the US incurred revealed the geopolitical importance of Central Asia.[2]

After countless military operations carried out in Afghanistan within the scope of the counter-terrorism discourse, starting from the 9/11 period, US President Joe Biden has made statements that the US troops will be completely withdrawn from Afghanistan by the twentieth anniversary of the 9/11 attacks. However, the US is trying to move its military presence to different regions. It is reported that the US’s preferred option in this context will be Central Asia.[3] At this point, two great forces come into the equation; China and Russia. Russia can be considered the state with the greatest influence in the region. It has bases in Kyrgyzstan and Tajikistan; while China has a small base in the far east of Tajikistan.[4] In terms of China and Russia, which are in competition with the USA in many areas, the efforts of the USA to increase its presence in Central Asia can be interpreted as an unacceptable move.

US withdrawal will leave Russia and China as the only security providers in the region. This is one of the driving forces in the US’s desire to re-establish a base in Central Asia. With China’s increasing economic presence in the region and Russia’s strong political influence and security relations in the region, the US challenges China and Russia in the development of political and security relations with the regional states through its efforts to establish a military base. China and Russia, on the other hand, are concerned about Western activities that may increase with the establishment of a US base in the region. In this context, the competition between Russia and China against the US presence will follow a very active course.[5]

The fact that the Russian Minister of Defence Sergey Shoygu mainly focused on the West and in this context emphasized his criticisms concerning the actions of the US and NATO while attending a meeting of the Collective Security Treaty Organization (CSTO) reveals Russia’s discomfort. A few weeks after that, on 19 May, Russian Minister of Foreign Affairs Sergey Lavrov’s contacts with his Tajik counterpart during his visit to Dushanbe to meet with other foreign ministers from the CSTO countries has attracted attention. After this meeting, the ministers announced the establishment of a unified air defense system between Russia and Tajikistan. Negotiations continue with Kyrgyzstan on the creation of a similar system. It was also mentioned that Russia is ready to train Tajik soldiers at Russian military universities and that the Tajik army will continue to participate in Russian-led exercises such as the Zapad-2021, which is planned to be held in September.[6]

In the meetings held with Uzbekistan after Tajikistan, the strategic partnership of Uzbekistan with Russia in Central Asia was emphasized. The main reason for visits from Russia to Tajikistan and Uzbekistan was the security threats in Central Asia after Washington’s decision to withdraw troops from Afghanistan and the US offers to establish a military base. From this perspective, the withdrawal of US forces opens space for Russia to consolidate its role in the security of Central Asia. With its rhetoric of a security guarantor, Russia seems to demand a pro-Moscow stance in Central Asia and an economic and foreign policy orientation in this direction.

When the Central Asian region is evaluated, Turkey should also be seen as an important actor. Turkey, which established close relations with the Central Asian states with the iron curtain having been lifted after the Cold War, can be described as the natural link between Central Asia and the West due to its geopolitical position. A Eurasian dimension is developing in Turkey’s foreign policy. In recent times, when eastward orientation has become a new norm, Turkey also aims to combine an eastward-oriented policy with its own geopolitical interests. Ankara seeks to further expand its reach to Central Asia on this common base with Turkic-speaking Kazakhstan, Uzbekistan, Kyrgyzstan, and Turkmenistan. Although Turkey has a weak commercial partnership with the countries of the region except for Turkmenistan at the moment, it aims to create an economic and cultural basis for cooperation, which includes the creation of a common market for goods, investments, labor, and services until 2026-2028.[7]

While China and Russia stand out in terms of their influence capacity in the region, Turkey has an important cultural power and aims to strongly increase its foreign relations with Central Asian states. As a matter of fact, Ankara’s recent moves towards the region point to a more robust Turkish policy towards developing relations with Central Asian states.[8]

When we examine the Central Asian countries, it can be observed that these countries prefer to remain neutral as much as possible. Memories of their not-so-distant past from the Soviet Union still play a decisive role in their foreign relations today. However, as stated before, Turkey has developed especially cultural relations with the countries of the region and is on a path that aims to expand this communication in the economic and military fields.

The developments that have been taking place after the start of the US troops complete withdrawal from Afghanistan has created security and balance concerns in the Central Asian states. In this context, while these states are reviewing their relations with Washington, they are also evaluating their relations with Moscow, Beijing, and Ankara. One of the major reasons for Washington’s attempts to establish a base around Afghanistan is its concern that Beijing and Moscow will fill the power gap after the withdrawal of US troops.[9] Turkey, which is the window of the Central Asian states opening to the West, occupies an important and even indispensable position for the West in terms of the West’s development of its relations with Central Asian countries. Under the leadership of the US, which has declared that “America is back” to its position in the Western camp, the support that the West will give to Turkey will have a decisive role in the changes to be experienced in the equation in Central Asia.

[5]Temur Umarov, “Is There a Place for a U.S. Military Base in Central Asia?”