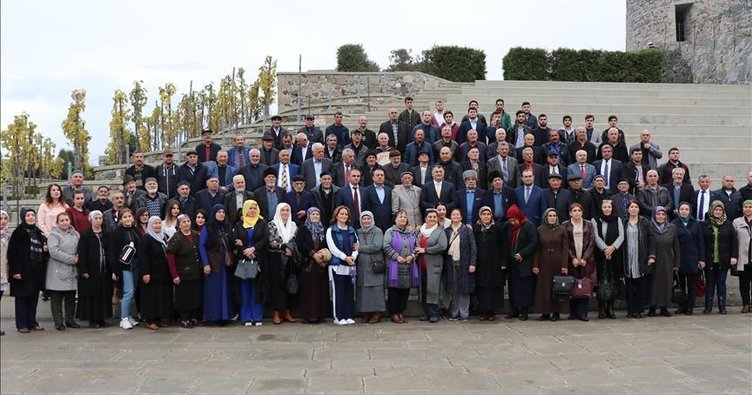 In November 1944, the Soviet Union under the leadership of Joseph Stalin exiled the entire population of the Meskhetian/Ahıska Turks (approximately 90,000-120,000 people) from their homeland in Georgia. Since that time, Meskhetian Turks have been living in many countries around the world. Today, it is estimated that there are about 550,000-600,000 Meskhetian Turks[1] living in countries such as Ukraine, Azerbaijan, Georgia, Kazakhstan, Russia, Turkey, and Uzbekistan. When an evaluation is made for these countries, it will be of particular importance to mention Georgia because Meskhetian Turks used to live in the southern part of Georgia, previously known as the Meskheti region. Therefore, the issue of these people’s return to their homeland requires the efforts of the Georgian government. Accordingly, when Georgia became a member of the Council of Europe (CoE) in 1999, it made a commitment to return the Meskhetian Turks to their homeland. According to this, Georgia would initiate the return of Meskhetian Turks within three years from 1999 and the process would be completed by 2011[2]. Yet, it is the year 2020, and no noticeable progress has so far been made regarding the return of these people to their homeland.

Georgia’s attitude about the return of Meskhetian Turks to their homeland has been followed closely by Turkey since Turkish people view Meskhetian Turks as “relatives to a certain extent”.[3] The main reason for this is the similarities of the Meskhetian identity and Turkish identity. The majority of these people identify themselves as “Ahıska Turks”, meaning adherence to Turkish identity, rather than “Meskhetian”, meaning adherence to Georgian identity. There are political reasons for using these different names and identities.[4] Again, the main issue is related to the return of the Meskhetian Turks to their homeland and the question is “what identity will these people adopt when they return to Georgia?”

Concerning this problem, Turkey has often emphasized the Turkic origins of the people, while Georgia argues that these people are ethnic Georgians who adopted a Turkish identity after converting from Christianity to Islam. Although the Georgian state officially defines the Meskhetian Turks as Georgian, the dominant view in Georgian society that they have Turkish identity is one of the important reasons for Georgia’s reluctance for the return process. [5]

The demographic structure of the Meskhetian Turks and the way they define themselves reveal important clues about these people’s past and present. According to a survey held in Antalya, in interviews with Meskhetian Turks, although people prefer the term “Ahıska Turks” in their identity definitions, they mainly focused on Turkishness.[6] This survey is an example that shows the Meskhetian Turks’ commitment to Turkish identity. In return for this professed closeness to Turkey, at every opportunity, Turkey articulates its support to the Meskhetian Turks.

In this context, Ankara plays a significant role in facilitating the return of the Meskhetian Turks to Georgia. Turkey has seen the return of Meskhetian Turks as a fundamental right. With this sense of historic responsibility, it closely follows the developments in this issue. However, knowing Georgia’s concerns over its internal stability and social cohesion over this issue, Turkey prefers not to reflect the attempts to solve the problem onto its relations with Georgia. Turkey is aware that pressuring Georgia on this problem would lead to a serious disruption in relations between the two sides.

In line with this, Turkey has expressed a measured response to the tardiness of Georgia and has tried to keep neighborly relations at a decent level. However, some initiatives are being implemented to put pressure on Georgia to accelerate the return process. For instance, the World Union of Ahıska Turks (Dünya Ahıska Türkleri Birliği-DATÜB) was established with the support of Turkey.[7] DATÜB officials meet regularly with officials from Turkey and Georgia. In these meetings, the problems in the implementation of the return law are expressed and various requests are submitted.[8] On November 21, 2020, the Minister of Foreign Affairs of Turkey Mevlüt Çavuşoğlu met with Ziyatdin Kassanov, the Chairman of DATÜB. After this meeting Çavuşoğlu, in a post on his Twitter account, shared the following message: “We will continue to support the just cause of the Ahıska Turks and support our Ahıskan fellows at all times and everywhere.”[9] As such, instead of putting pressure on Georgia directly, Turkey is working through mediator institutions. Çavuşoğlu has also included the issue of Meskhetian Turks in his speech in November regarding Turkey’s diplomatic calendar. With respect to Turkey’s policy about Meskhetian Turks, Çavusoğlu stated: “Who says we have forgotten the Ahıska Turks? I am a politician who has devoted myself to Ahıska Turks issue since 2003.”[10]

According to some arguments, the issue of the return of Meskhetian Turks “is not an emotional issue, but a geopolitical event” for Turkey and that in this regard Turkey must play an active role in this process because Georgia is an important point of intersection that provides the connection between Turkey and the Turkic republics.[11] Regarding this matter, according to the Turkish officials, Turkey has acted as a third party in the return of the Meskhetian Turks to Georgia. Turkey indicates that the main actors during the return process should be the Meskhetian Turks associations and the Council of Europe; while Turkey should give extrinsic support to this process.[12]

One of the most important reasons why the Meskhetian Turks issue is dealt carefully and has thus not disrupted relations is due to importance of the multiple bonds between the two countries. Turkish-Georgian economic, commercial, and cultural ties have been strengthened since the 1990s. After the introduction of a visa-free regime, inter-ethnic relations have increased significantly, and Turkey has become a favorite place for Georgian job seekers.[13] Bilateral relations are also important due to the pipelines passing through the two countries. Especially after the oil and gas pipeline projects passing through Georgia have come into operation, Georgia’s geopolitical importance has increased considerably, and sustaining Georgia’s stability has become the primary target of Turkey’s policy towards this country.[14] In line with Georgia’s rising geopolitical importance, Turkey-Georgia security/military cooperation has increased markedly over the years.

It would not be wrong to say that the return of the Meskhetian Turks to their homeland is a so far unfulfilled promise made by post-Soviet Georgia. Georgia has little motivation to complete this process, considering that it is already a Council of Europe member, and CoE has so far put only symbolic pressure on Georgia to honor its promise. Consequently, different actors including Turkey have stepped forward to accelerate this process. Nevertheless, because of the existing good economic, political, and military relations between Turkey and Georgia, Turkey takes a measured stand concerning the Meskhetian Turks issue and chooses not to disparage Georgia. Turkey’s eventual goal is the full return of Meskhetian Turks to their homeland in Georgia, yet Turkey strives to achieve this within the confines of its friendly relations with Georgia.

*Photo: A group of Meskhetian Turks visiting their homeland in Georgia - Source: https://www.sabah.com.tr/yasam/2018/10/24/ahiska-turkleri-anavatanlari-gurcistanda-bulustu