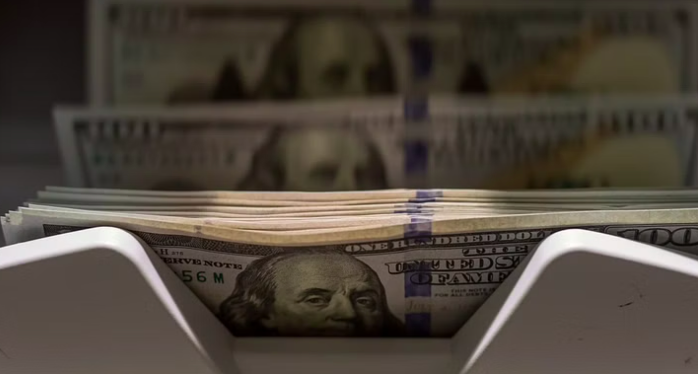 This is the English translation of a Turkish-language article that was originally published by AVİM on 26 April 2022.

After the Second World War, the great powers adopted the Bretton Woods system to establish a global financial order based on certain rules. After the Bretton Woods Agreement was signed in 1944, a fixed exchange rate began to be maintained between other currencies and the United States dollar. However, beginning in 1960, the US started to lose its huge gold reserves with successive budget deficits, the gold dollar standard was eventually abandoned by the US in 1971. However, in this process, the dollar became the main currency of most of the foreign exchange reserves of other countries and the means of payment in which international trade was made, and thus became the leading currency of the international financial system. By 1970, 85% of central banks’ reserves were in US dollars.

In recent years, with the imposition of sanctions based on the dominance of the dollar, many countries have begun to turn towards trading in their national currencies and using international payment systems other than SWIFT, which is heavily influenced by the US. With the start of the Russia-Ukraine War and after the West’s massive sanctions under the leadership of the US, attempts to popularize the use of national currencies in the international arena, especially by countries such as Russia, China, and India, have increased.[1] If the dollar’s primacy can be ended with the use of a mix of digital and cryptocurrencies and alternative payment systems, American supremacy will also be undermined and a wave will emerge that will change the world order.

The Russia-Ukraine war has revealed the instability in the global financial system that is primarily run by the West. Western sanctions have shown once again that the accumulated wealth of a country can be frozen by the West, as Russia has experienced and other countries may experience as well. Globally, China, Russia, and India have increased their efforts to trade in their national currencies after being subject to Western sanctions. To enable such a process, Russia and China have created their own payment mechanisms as alternatives to SWIFT, namely the System for Transfer of Financial Messages (SPFS) and Cross-Border Interbank Payment System (CIPS) for making bilateral and multilateral payments. China’s CIPS is designed for cross-border payments involving the yuan and it is used to make Chinese currency a cross-border payment and clearing system.[2] For instance, China pays for its oil imports from both Russia and Saudi Arabia in its own currency. Yuan, the Chinese currency, has appreciated more than 12% against the US dollar since September 2019, and despite China’s currency control mechanisms, has received higher real returns than the dollar and continues to offer investment opportunities.[3] Thus, the sanctions against Russia have offered China a chance to reduce its dependence on the dollar. As a result, a yuan-based global payment system has been promoted that will attract countries that do not want to implement the dollar-dominated SWIFT system.

From Russia’s point of view, after the war in Ukraine and the Western sanctions imposed on it, Russia asked the countries that imposed sanctions against it to pay for their fuel purchases in rubles, which was a move to help stabilize the ruble and reduce the impact of the sanctions. In addition, considering Russia’s significant contribution to the world food market, it is expected that countries that are dependent on Russia’s exports will continue to trade in the Russian national currency.

The threat to the US dollar hegemony has not only alarmed many countries about the risks associated with relying on the dollar, but has also encouraged trade in national currencies unaffected by the US government and financial institutions. Besides the US dollar, forex reserves have always included currencies denominated in euros, pounds, francs, and yen issued by developed economies. The Ukraine war has exponentially increased the risk of central banks owning huge forex holdings. This inevitably means that many developing countries will quietly move away from assets held in the West and invest in other countries, especially countries that are on amicable terms with them. Indeed, when forex portfolios of recent months are analyzed, it can be observed that the share of the US dollar and euro has decreased.[4] Turkey is also trying to expand its trade links with its national currency in the Middle East region and beyond. Globally, Turkey has signed swap agreements with Russia, China, South Korea, and some Muslim-majority countries to trade in national currencies. In the future, it is expected that regional powers will further deepen interregional trade agreements and financial agreements in national currencies.

Trading in national currencies could alleviate concerns about using the dollar in trade, which reduces countries’ potential to import affordable raw materials and energy resources for their manufacturing activities. However, there are many limitations to be aware of. For example, national currencies are not always stable and can be easily affected by local economic and monetary policies. In particular, national currencies are unstable for small countries whose economies are small and political systems are unstable, and who lack the ability to protect themselves from external threats. Therefore, national currencies can be used more realistically by regional and global powers, and hence countries with small economies will have limits to their universal adaptability.[5] The movement to limit the use of the dollar is still in the initial phase. While the Russia-Ukraine War has accelerated the growing movement towards trade in national currencies to prevent the US dollar from becoming a sanctions instrument, time will show whether the war has the potential to displace the dollar as a global currency. In conclusion, it can be said that the war could give a major jolt to the US dollar, revealing fault lines in the global economy.