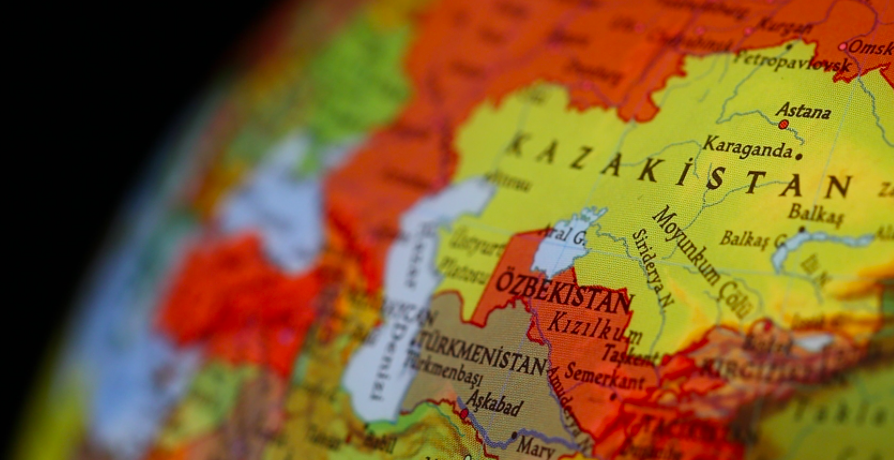 The Nagorno-Karabakh War, which resulted in Azerbaijan’s liberation of its occupied lands, the situation in Afghanistan, and the developments in Kazakhstan have deepened the rivalry between the great powers in the Central Asian region and increased Turkey’s influence in this region. The desire for a Turkic Union, which gained momentum with the Organization of Turkic States (OTS) meeting held in November 2021, was also reflected in Turkey’s cooperation with the Central Asian states. Russia and China agreed to support the interaction of the Shanghai Cooperation Organization and the Collective Security Treaty Organization (CSTO) to help the Central Asian Republics fight the pandemic, develop their economies, eradicate the causes of instability, and effectively respond to threats to regional security.[1] When we look at the picture formed in this framework, it can be said that Turkey’s influence in the Central Asian region is increasing day by day, causing Russia and China to have concerns about this situation. An increasing number of comments have been made that the strategic document titled “Turkic World Vision 2040”, adopted at the OTS meeting, signifies the aim to struggle against the presence of Russia and China in the region by further strengthening the cooperation of Turkish states based on common interests.

When Turkey’s objective in the region is evaluated, the OTS has a significant potential for cooperation. OTS functions as a mechanism for the discussion and resolution of Central Asian and Southern Caucasus problems. Because of this, this community is being perceived as a competitor to both the Russia-led CSTO and the Russia-influenced Commonwealth of Independent States, of which Kazakhstan is one of the founders. [-1]

When tensions increased throughout Kazakhstan after the protests that started with the latest price increases in Kazakhstan, based on the decision taken on 6 January 2022, CSTO Collective Security Council’s peacekeeping force was sent to Kazakhstan in order to stabilize and normalize the situation in the country. Russia, Belarus, Armenia, Tajikistan, and Kyrgyzstan, responding to the request of the President of Kazakhstan for help, decided to send troops to the region.[2] On the other hand, Turkey issued a message of solidarity to Kazakhstan that it would share all relevant technical knowledge and experience with Kazakhstan. The intervention of the CSTO in Kazakhstan under the leadership of Russia can be perceived as an important development for Turkey and the OTS.

While sending its troops to Kazakhstan, Russia has also shown that it will not remain silent and will intervene in any event that may occur in its backyard of Central Asia or in situations that may conflict with Russia's interests. These actions, which go against Turkey’s thesis of the Turkic World, give the signals of a possible Russian-Turkish competition in the region.

While aiming to increase its sphere of influence in Central Asia with the idea of creating a Turkic World, one of the major players that Turkey should consider before taking steps to strengthen its position and political and economic presence in the region is China. For Ankara, which aims to increase its economic relations with Beijing, it is important for Turkey to not fall into conflict with China while protecting its interests in Central Asia. The visit of the Turkish Minister of Foreign Affairs Mevlüt Çavuşoğlu to China in recent weeks is important in terms of bringing common interests to the fore and deepening the opportunities for economic cooperation.[3] For China, which has a border with Kazakhstan, the stability of Central Asia is very important in terms of energy security. China also has an economic tool to expand its influence that Russia does not have. The Central Asian region occupies a valuable position for the Belt and Road Initiative, a large Chinese-funded international infrastructure program that extends to Central Asia, Africa, and Europe. In addition, China's recent open support to the government of Kazakhstan, which is in a turbulent situation, has tightened the friendly relations between the two countries.