THE CHINA-IRAN AGREEMENT AND DISCUSSIONS ON ALTERNATIVE ROUTES TO THE SUEZ CANAL
Commentary No : 2021 / 36
Şevval Beste GÖKÇELİK
20.04.2021
5 min read 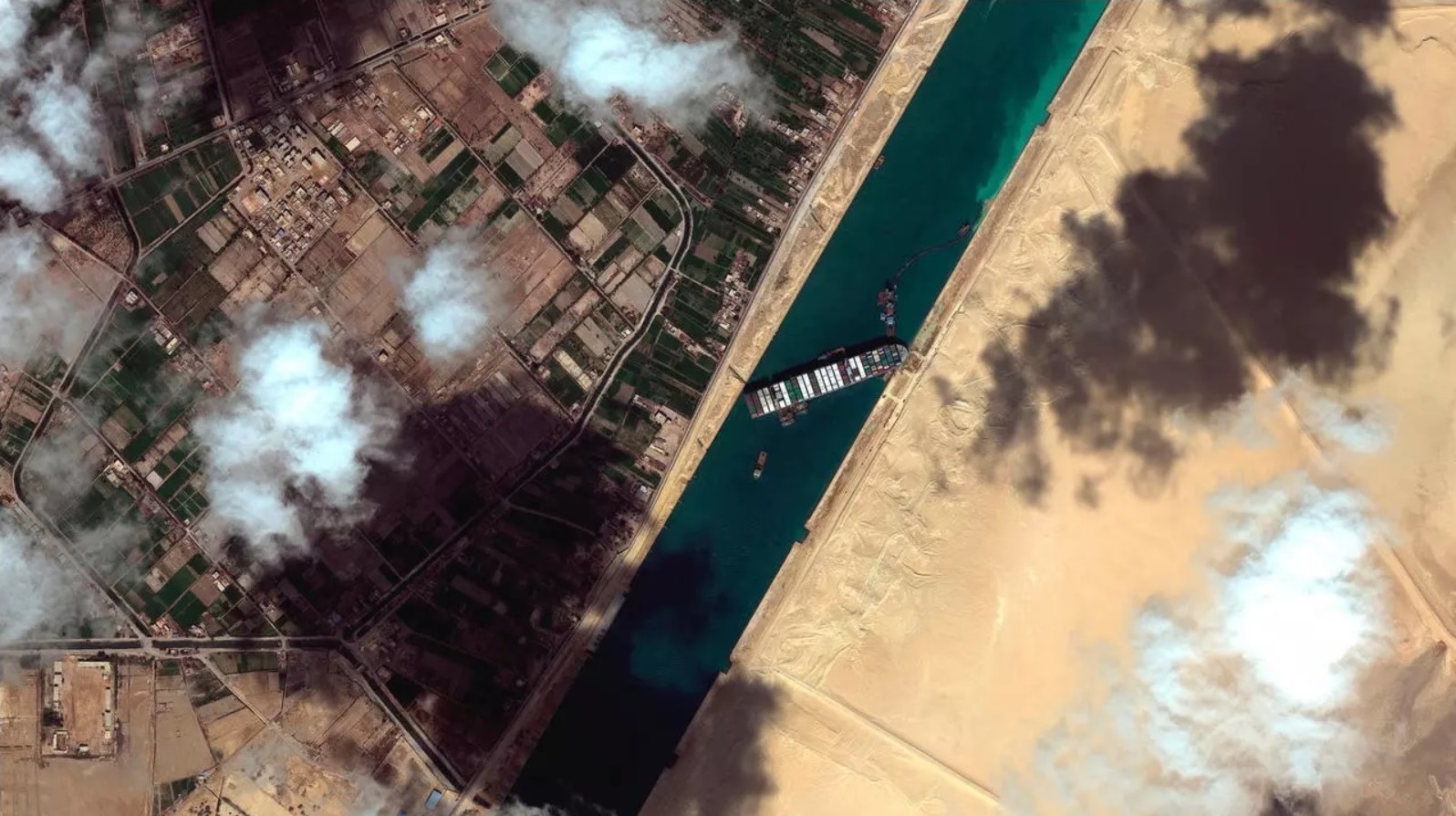 On March 27, a long-negotiated trade, investment, and defense agreement was signed between China and Iran. Although no comprehensive information has yet been shared about the details of the agreement that will last 25 years, China will be able to buy oil from Iran by circumventing the sanctions imposed by the US in line with this agreement and will invest in Iran in return.[1] According to the statement from China regarding the agreement, relations with Iran will develop on a permanent and strategic basis. The agreement is expected to cover Chinese investments in sectors such as energy and infrastructure. According to the news reflected in the Iranian press, the agreement was evaluated as a product of “successful diplomacy” and the advisor of Iranian President Hassan Rouhani stated that “The power of a country lies not in its ability to stand alone, but in its ability to participate in coalitions.”[2]

On 23 March, a container ship became stuck between the two sides of the Suez Canal, stopping ship traffic for days and causing a global disruption. The incident involving the Ever Given container ship, operated by the Taiwanese Evergreen Shipping company, once again demonstrated the importance of the Suez Canal as a global supply route. Each day the ship blocked the passageway in the canal caused 9 billion dollars in damage to the global economy. Considering that 15 percent of global trade passes through the Suez Canal, this is not a surprising result.[3] According to 2020 data, 80 percent of the trade between Asia and Europe flows through the Suez Canal.[4]

This should be seen as a warning for how vulnerable globalized markets have become. This situation has highlighted the importance of protecting global trade and its routes and keeping supply lines open. As the sea traffic has intensified on both ends of the Suez Canal, the demands and orders of the China Railway Group’s cargo department has increased as well. In addition to that, China has made new proposals to expand the capacity of the rail link, reduce the delivery time, and the cost, but also to ensure that more goods flow from China to Europe over land.[5] Iran, on the other hand, has been supporting the north-south trade corridor which is connecting India to Russia through Iran as an alternative to the Suez Canal for years. According to Iranian authorities, the proposed shipping line is seen as a good option in terms of time and cost savings of 30 percent compared to the Suez Canal.[6] After the agreement between Iran and China, two states that advocate alternative projects to the Suez Canal, discussions on opening a new route to replace Suez have intensified. While these two actors are getting closer via the agreement, they are also positioning themselves in strategic locations close to the Red Sea entrance of the canal. This raises the possibility that both countries could weaken Egypt’s control over access to Suez from the Indian Ocean.[7]

The possibility of opening an alternative route under the leadership of China and Iran leads to some opinions that these two countries may attain some privileges in this context. Since 2014, the violent and prolonged civil war in Yemen in the northwest of the country between the Houthi movement and the government has the possibility of giving Iran control of access to the Red Sea at many points.[8] In addition, Iran believes that the rapid increase of the influence of the International North-South Transport Corridor (INSTC) will provide Iran with an important leverage in terms of regional competition. Also, INSTC will strengthen Iran’s position by increasing the effectiveness of the railway link between western China and Iran (which opened two years ago) and thus enabling Iran to play a key role in the Belt and Road Initiative.[9]

The extraordinary coinciding of the signing of the Iran-China strategic partnership agreement with the Ever Given incident in the Suez Canal will favor the Belt and Road Initiative and give a renewed relevance to Eurasian integration. The road and rail corridors in Eurasia are important for the Belt and Road Initiative. The most significant corridor is the Xinjiang-Kazakhstan road, followed in importance by the roads connecting Russia and beyond. Another important route is the one starting from Central Asia, passing through Iran and Turkey, and reaching the Balkans and eastern Europe. It may take some time for them to compete with the sea routes in terms of volume of cargo being transported, but a significant reduction in transportation time they offer will make roads and railways functional.[10] In response to all these developments, the West must first try to prevent Iran from gaining a position in Yemen, and second, to prevent the further expansion of China in the Horn of Africa in order to curtail the influence of these two powers in the region. Otherwise, the damage for the West could be much more severe than the one caused by the Ever Given container ship.[11]

*Photograph: The Ever Given ship that blocked the Suez Canal. Source: France 24