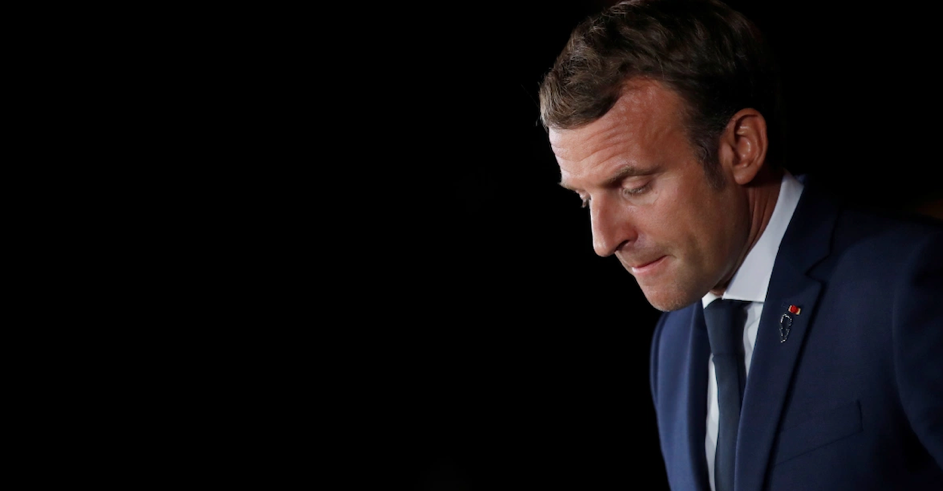 The contradictory statements of the French President Emmanuel Macron have recently started to attract attention again. In the last few months, he received reactions from Muslim-majority countries by stating that Charlie Hebdo's insults against Islam and Prophet Muhammad should be evaluated within the scope of freedom of expression. As AVİM, we have written many articles on this subject. In these articles, it was emphasized that insulting religion and religious symbols is prohibited in many European countries and that this in act that entails criminal sanctions[1]. On the other hand, the increasing xenophobic rhetoric throughout Europe gives an idea of ​​how much power the far right has gained in Europe. During his visit to Lebanon, Macron met with the leader of Hezbollah's parliamentary group Mohammed Raad and harshly criticized Le Figaro newspaper reporter Georges Malbrunot due to his report on the Macron-Raad meeting. It is clear that Macron’s idea of freedom of expression is a selective one, to be practiced as Macron sees fit. Finally, the fact that the European Union (EU) has also been subjected to his criticisms has revealed the inconsistency of this approach.

Macron continues to exercise freedom of expression as he understands it. Of course, this situation creates contradictions in French politics. Another example for this situation is the one-year imprisonment and a 45,000 euro-fine supported by the so-called freedom of expression defender Macron to prevent the media photographing police violence. On the other hand, the EU Commission has warned France on this draft law[2]. The spokesperson of the Commission emphasized that members of the press should be able to work freely and in a safe environment. It has been clearly emphasized that the definition of freedom of the press within the framework of EU law and the draft law planned to be passed by the French Parliament are not congruent. If the draft becomes law, restrictions may be placed on the publication of photographs showing the faces of police officers. This situation has been met with great reaction not only from EU officials but also within France[3].

Beyond the aforementioned restriction on freedom of expression, Macron's inconsistent approach comes to the fore. Macron's double standards, rather than his "direction" to French politics, are also featured in the world press, which heavily criticizes Macron's inconsistencies[4]. The criticisms increased markedly a few days ago, after two police officers were arrested for battering black musician Michel Zecler in France. Macron's xenophobic and aggressive attitudes is explained by the fact that he takes decisions and acts on these decisions in the manner of a right-wing party leader[5].

Macron's attitude devoid of logic and justice is not only limited to the freedom of press. It would be appropriate to continue this by reminding our readers on the freedom of belief. A new regulation has been implemented in France containing restrictions imposed due to the Covid-19 pandemic. After the mitigation of the measures after 28 November 2020, it has been announced that the hours that the shopping areas will remain open have been extended. According to these regulations, restrictions will continue until 15December, and after this date, the curfew will continue from 21:00 until 07:00 in the morning. These restrictions will be lifted solely for when Christmas celebrations will take place from 24 December to 31 December[6]. This can be considered as an understandable exception in the implementation of pandemic restrictions. However, if it is remembered that Muslim associations are being inspected and mosques are being closed, it would be appropriate to mention that we are confronted with a Macron-style interpretation of secularism.

Macron's double standards in recent years concerning the issue of freedoms, despite the reactions of the EU and even within his own country, can be explained by the 2022 presidential elections against the leader of the National Front, Marine Le Pen. However, in this process, Macron is losing his electoral support from the left, and more importantly, he is losing his credibility and prestige on a global scale. With these policies, Macron is inciting xenophobia in Europe, which is already increasing day by day.

It is fair to state that Macron is not alone in this understanding. It is observed that the far right and Islamophobia are encouraged throughout Western Europe. It would also be appropriate to note that despite their efforts to stay behind the scenes and to downplay the developments, as can be understood from their names, the Christian Democratic Union (CDU) and the Christian Social Union (CSU) in Germany (which have been in power for nearly thirty years) exhibit indifference to these extreme attempts.

**This is the English translation of a Turkish language article that was published by AVİM on 4 December 2020. To view the original article, please click: https://avim.org.tr/tr/Yorum/MACRON-UN-CELISKILERI-SON-BULMUYOR