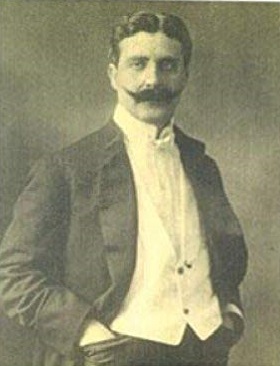 On 21 April, an article titled “Bahaettin Şakir’in Ermenilerin imhasına dair mektupları” [Bahaettin Şakir’s letters regarding the annihilation of the Armenians] written by Taner Akçam was published in the Agos Newspaper. In the article, Akçam claims that two forged letters published by Aram Andonian and attributed to Bahaettin Şakir are genuine documents and explains it through the similarity between the Bahaettin Şakir’s signatures in the Andonian letters and the real signatures in his writings and letters. In previous AVİM publications, it has been shown how Akçam’s book, which was published with the aim of validating the Andonian documents, makes various falsifications and how he distorts the statements of Şinasi Orel and Süreyya Yuca by taking them out of their contexts. Akçam thereby attempts to portray himself as the legitimate scholar by distorting the arguments of those contradicting his views.[1]

As always Akçam’s claims and explanations are full of misleading statements and serious shortcomings and his arguments reveal serious contradictions. 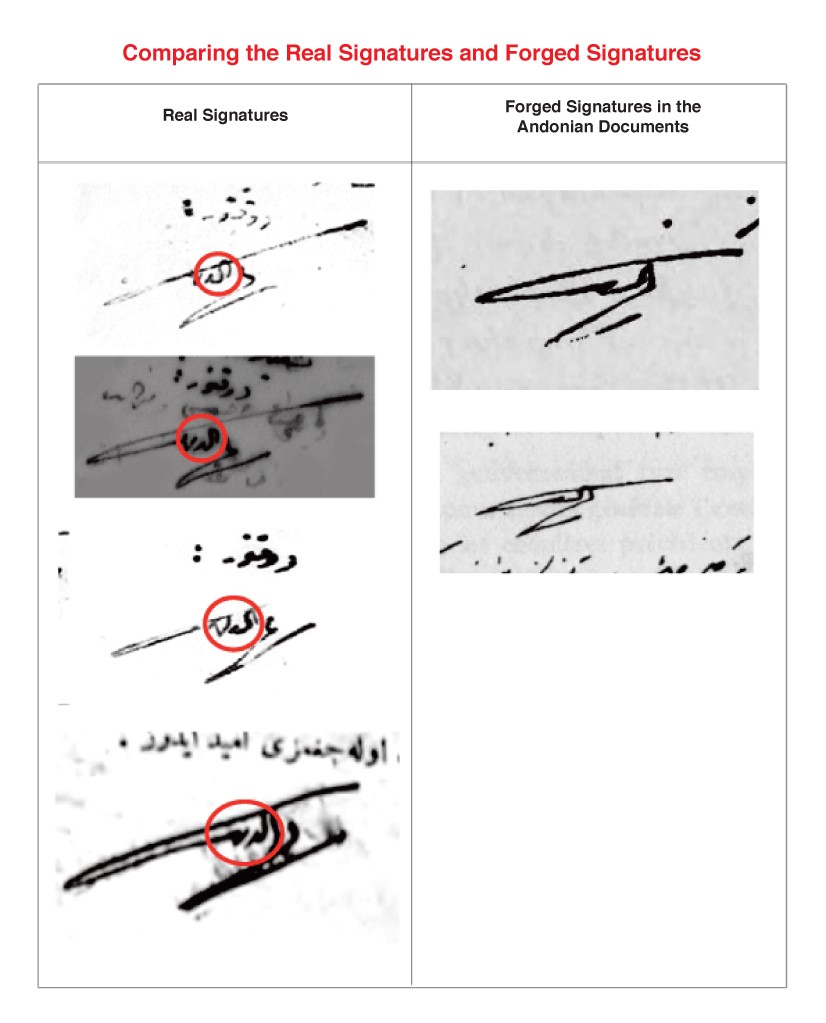 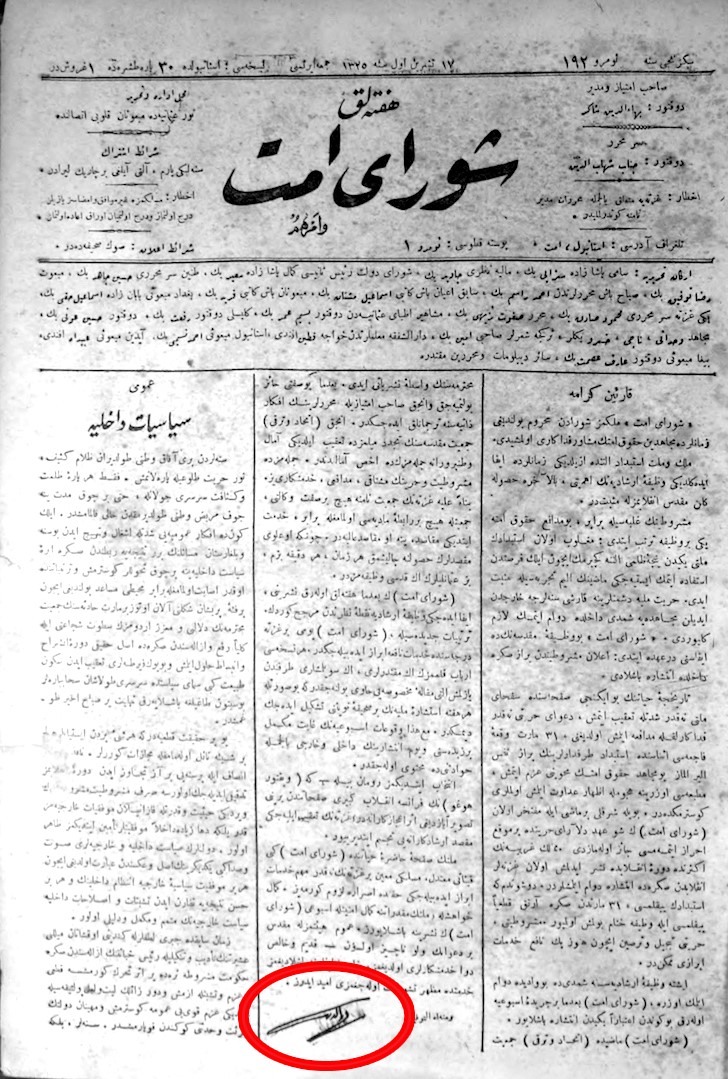 Therefore, it should not be surprising that the signatures in the forged signatures group are roughly similar to the real signatures to some extent.

Furthermore, the difference between the real signatures and forged signatures is not the only indicator that these signatures are forged. The letters in the Andonian documents are also inconsistent in terms of geographic location and chronology. Two letters, dated February and March 1915 attributed to Bahaettin Şakir Bey, allegedly sent from Istanbul to Adana creates a great dilemma that is impossible to explain for Akçam. Because, during the dates that the letters were allegedly sent, Bahaettin Şakir was not present in Istanbul since he was in Erzurum at the time. Akçam’s article in the daily Agos, which has recently become the voice of the distorted Armenian narrative, accepts the fact that Bahaettin Şakir was in Erzurum during those dates and that he did not return to Istanbul until April 1915. However, Akçam entirely ignores the fact that letters were allegedly sent from Istanbul, and overlooks this colossal contradiction that demonstrates the fake nature of the documents and insists on his baseless claims that the documents must be genuine.

The detailed comparison of the signatures in the letters and a detailed examination of the letters’ content and dates reveal without any room for doubt that the Andonian Documents are fake. Akçam’s article in Agos does not go beyond a desperate attempt to salvage documents by distorting the sources he uses as he always does.