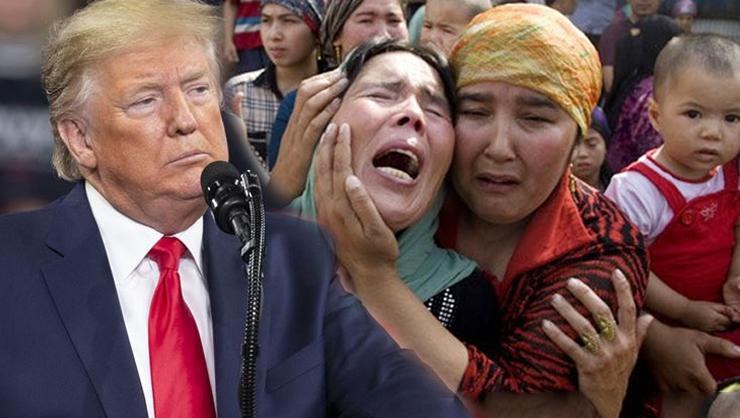 The Xinjiang Uighur Autonomous Region is an important region both for the People’s Republic of China and for the world. Being one of the five autonomous regions of China, the surface area of the region is also significant. Encompassing an area of 1.664.897 km2, the region constitutes 17 percent of the total area of China. Despite this fact, the population of the region is approximately 25 million. Therefore, Xinjiang is among the regions in China with the lowest population density.

In addition to these, the region has a significant geopolitical position. Xinjiang is the western-most part of China and serves as a buffer zone located in between important trade routes. The prominence of the region has also increased within the scope of “Belt and Road Initiative” which is one of the most important manifestations of the economic strength of China. China’s nuclear tests been carried out in this region as well.

Xinjiang has been under the sovereignty of the People’s Republic of China since 1949. The current problems in the region can be described as the result of conflicts that took place in the past. The East Turkestan Republic was established in 1944 but could only last until 1949. Today, Xinjiang has turned into a region where the Chinese government has been increasing its oppression against the Uighur Turks.[1]

The tensions in the region significantly escalated in 2019. As a result of the incidents that took place in Xinjiang in 2009, many Uighur Turks were killed, wounded, and subjected to the oppressions of the Chinese government. Since the Chinese government officially declaring the “Sinification of All Religions and Beliefs” in 2017, the situation of the Uighur Turks in the region has worsened. In this framework, the ethnic, religious, and cultural freedoms of the Muslim communities, especially Uighur Turks, have been damaged. On 16 November 2019, documents comprised of 403 pages published in The New York Times have revealed the inhumane practices towards Uighur Turks and made a tremendous impact on international public opinion.[2]

In recent years, many countries have voiced serious concern and stern condemnation regarding the oppressive conduct of the Chinese government towards Uighur Turks, which are among the most important ethnic minorities in China, and its practices in the so-called education camps. The bill signed by US President Trump concerning Chinese authorities constitutes the latest example of this international outcry. According to the bill brought before Trump for his signature on 27 May, sanctions will be imposed to the Chinese authorities deemed responsible for the oppressive practices and violence towards Uighur Turks and other Muslim communities. The bill prescribes blocking the assets of Chinese officials in the United States and declaring them ineligible for acquiring US visas.[3]

It is important that the international public opinion follows China’s practices violating the human rights of Uighur Turks and other Muslim communities and that even sanctions are imposed with the aim of ending this tragedy. In this respect, the bill signed by the President Trump is the latest manifestation of such an endeavor.

Conversely, the other side of the coin should not be ignored. As China shakes the power balance of the world in terms of politics, economy, and culture, this development is being perceived as a threat by the US and some EU members. Within the context of these concerns, the reactions towards China have increased as well. Therefore, Uighur Turks and the grave mistreatment that they face has become a tool used by the concerned states to leave China in a difficult situation. Both the continuing oppressive conduct of China and the failure of the objections that are voiced by Western states to materialize into concrete measures against these practices by the Chinese government exacerbate the situation of the Uighur Turks. In other words, the objections of Western states aiming to put China in a difficult situation are leading it to pursue more oppressive policies towards the Uighur Turks. Although the sanction decision taken by President Trump can be initially evaluated as a positive development, when previous similar sanctions and their impacts are taken into consideration, it is still early to be optimistic regarding the freedoms of Uighur Turks. In fact, the stern statement of the Chinese government in response to US’ sanction decision confirms the abovementioned assessment.[4]

The situation of China and Uighur Turks are naturally being closely followed by Turkey. Turkey has immensely developed its relations with Asia-Pacific region especially in the last 20 years. In this context, relations with China, which is the most important country of the region, has accelerated as well. The political relations between the two countries have been elevated to the level of “strategic cooperation”. Moreover, China is the biggest trade partner of Turkey in the region. According to the data of 2019, China is the number two country, after Russia, in terms of the origin of Turkey’s imports.[5] In addition to that, Turkey supports the “Belt and Road Initiative” of China and carries out important projects within the scope of the “Middle Corridor”. For instance, the Baku-Tbilisi-Kars Railway Road is a significant component of these projects and enables uninterrupted transportation from Asia to Europe.[6]

In addition to the strong cooperation in the fields of politics, economy, transportation, and infrastructure, Uighur Turks and their situation are important items of in the agenda of Turkey’s relations with China. In this framework, Turkey has been underlining that the conduct of the Chinese government towards Uighur Turks is unacceptable and that this tragedy must be put to an end as soon as possible. Turkey has voiced the expectation from the Chinese authorities that they ensure an environment where Uighur Turks enjoy their freedom of religion and belief on the basis of respecting fundamental human rights.

Uighur Turks have an important role in improving the relations between Turkey and China. Turkey’s good relations with China can be an important facilitator in overcoming this tragedy faced by the Uighur Turks. Uighur Turks can serve as a bridge in the further development of good relations between Turkey and China and the strengthening of the ties between the two countries. Deep rooted cooperation can prevail over conflicts and reciprocal accusations.