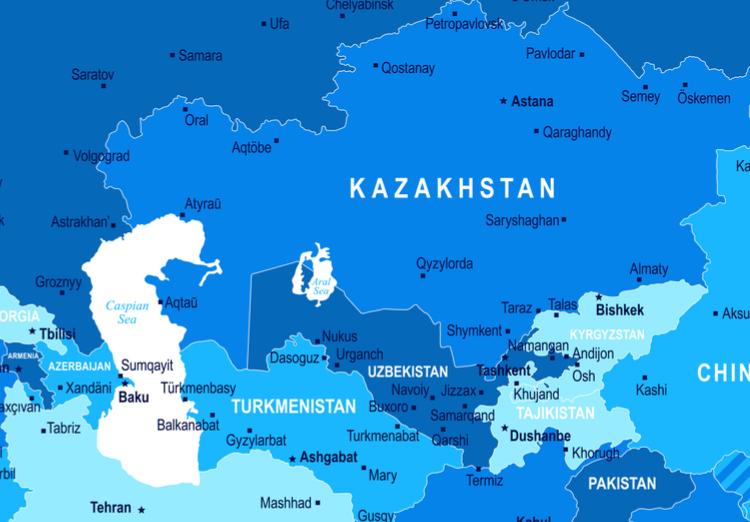 In accordance with the Joint Communication "Keeping human rights at the heart of the EU agenda", European Council adopted a new Action Plan on Human Rights and Democracy for the period 2015-2019. With this Action Plan, the Council reaffirmed the European Union's commitment to promote and protect human rights and to support democracy worldwide.[1]

The Action Plan states that “the EU will continue to deepen its human rights dialogues and consultations with partner countries and will aim to ensure that these dialogues lead to result.”[2] According to Action Plan, “the EU places great value on its regular dialogue with civil society both inside and outside the EU and is profoundly concerned at attempts in some countries to restrict the independence of civil society.”[3]

We understand from the EU press release that “The European Union and Turkmenistan hold their 11th “Human Rights Dialogue” on 29 March 2019 in Ashgabat.[4] Concordantly, Delegation of the European Union to Armenia published a “Joint Press Release” on 8 April 2019 entitled “EU and Armenia hold 10th Human Rights Dialogue”.[5] It seems that the joint press release on Armenia reflects an agreed language between EU and Armenian officials.

In the press release regarding Turkmenistan we read the details of the debate in the meeting on the issues of such as “freedom of opinion and expression online and offline; freedom of the media; creating an enabling environment for civil society; the rights of women, children and minorities; the prevention of torture and ill-treatment; freedom of religion or belief; freedom of movement; and cooperation in multilateral fora.” It also states that “Ahead of the Human Rights Dialogue, the EU met representatives of the civil society and independent journalists, to learn about their assessment of the overall human rights situation in the country.”

It is probable that contacted civil society includes International Partnership for Human Rights (IPHR) based in Brussels. In its web site IPHR presents itself as “an independent, non-governmental organization founded in 2008…works closely together with civil society groups from different countries to raise human rights concerns at the international level and promote respect for the rights of vulnerable communities.”[6] IPHR’s the latest report of 27 March 2019 is entitled “EU-Turkmenistan Human Rights Dialogue: Push for implementation of new benchmarks”.[7] It is conspicuous that out of nine reports of IPHR posted on its web site, seven of them are concerning Turkmenistan, Kyrgyzstan, Uzbekistan and Azerbaijan.  Other two are concerning Ukraine and Russia. Regarding “domestic violence”, “disabilities” issues in Central Asian countries, we see a number of reports in IPHR web site. Interestingly, last single report concerning a human right issue in Armenia in the web site goes back to 2017.

Joint Press Statement regarding 10th EU-Armenia Human Rights Dialogue states that “At the meeting the EU and Armenia discussed freedom of assembly and expression, electoral reforms, gender equality, antidiscrimination policy, judicial and penitentiary reforms, as well as labour rights”. Joint Statement also points out that “In line with its policy, the EU met and consulted representatives of the Armenian and international civil society prior to the Human Rights Dialogue. The Dialogue meeting resulted in operational conclusions with concrete actions that will be monitored and followed up over the next year.” There is no mention at all to the concrete conclusions which will be followed up over the next year. Passive tone of the Joint Press Statement creates an impression that there is no substantive human right issue in Armenia. Is this really the case?

Human Rights Watch World Report 2019 reveals the otherwise regarding Armenia. It says that “Armenian authorities have a long record of using excessive force to break up largely peaceful protests, in some cases causing serious injury to protest participants and journalists.”[8] The said report, concerning the “Disability Rights” states that “The government continues to transform some residential institutions for children into community centers and to support family-based care, but these programs do not include children with disabilities on an equal basis with other children”. As to the “Women’s Rights”, the report underlines that “Domestic violence persists as a serious problem in Armenia. According to police, during the first five months of 2018 they recorded 864 incidents of violence against women, of which 223 were cases of domestic violence… Women’s rights activists believe domestic violence is widely underreported”. Concerning “Sexual Orientation and Gender Identity”, the Human Rights Watch reports serious discrimination cases.

It should also be noted that Report of the Commissioner for Human Rights of Council of Europe concerning the visit of Commissioner Dunja Mijatović and her delegation to Armenia from 16 to 20 September 2018 refers to a number of issues “pertaining to women’s rights, gender equality and domestic violence; the human rights of disadvantaged or vulnerable groups; as well as questions related to accountability for past human rights violations”.[9]

It is of utmost importance that the European Union closely follows and strives to improve human rights in global scale. Developing dialogue with all partner countries on this issue is admirable. In this respect, it is also important to conduct the dialogue with the Central Asian and South Caucasian countries. The fair reflection of the results of this dialogue is of paramount importance. In the reflection of these results, the fact that some countries are covertly favored and that the developments in a specific country is intentionally concealed might be damaging to the EU. Especially unfair treatment of Central Asian countries and Azerbaijan can be counterproductive in the long term. The unfair attitude of European Union towards Turkey is very well known and followed closely in these countries. European Union should refrain to repeat the injustices it perpetrated against Turkey to these countries.

[6] “Who We Are,” International Partnership For Human Rights, 2019, https://www.iphronline.org/about/who-we-are.