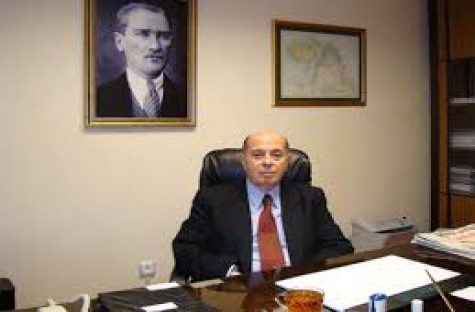 President of France François Hollande’s visit to Turkey at the beginning of this week has again brought this country’s stance on the Armenian question to the fore.

As is known, France officially recognized the Armenian genocide with a law adopted in 2001. Lately, the passing of a different law for the punishment of those who rejected genocide claims was discussed, and after a lengthy process a law on this issue was adopted on January 2012. The Constitutional Council (Court) of France, however, annulled this law.

As it can be remembered, Turkey decidedly opposed France on this matter, while relations between the two countries experienced crises from time to time and bilateral cooperation lost momentum.

As one of the leading figures in the Socialist Party of France, François Hollande made major contribution to the passing of both the 2001 and the 2012 laws. For this reason, the election of Hollande as president was met with pleasure by the Armenian community, and generated the hope about the speedy enactment of a legal arrangement that will enable the punishment of those who reject claims of genocide. In order to establish better relations again with Turkey, however, Hollande acted very cautiously on this issue after he was elected as the president. Despite having made a promise, he did not attend the April 24 commemoration ceremony in 2013, did not present a bill to the parliament about the issue of punishment; but instead was attentive about keeping in touch with the representatives of the Armenian community.

During his visit to Turkey Hollande seemingly took into consideration Turkey’s sensitivities by avoiding words as “genocide” and “Armenian” during his speeches. Still he touched upon the issue by formulating the subject in terms of “memorizing the past” and “memory work”. It is normal that, although not being the major subject, Armenian Genocide allegations also came up to the agenda of the talks in Ankara. Thus, at the press conference, both Presidents did not touch upon this issue directly but they expressed their positions in response to a question by a journalist. Hollande said although “memory work is always painful… but it has to be done. What we need to carry out is the reconciliation, through research and the recognition of what happened”. Furthermore he referred to the 2008 EU Framework Decision concerning punishment of the “denial” of the genocide with a glance at France’s intention to resolve this issue in accordance with the principles of international law. According to this decision, European Union member countries will implement necessary regulations in their legislation, without damaging freedom of expression. Although the deadlines for such regulations are way past, most of the countries have not yet made regulations in their legislations.

As for President Gül, emphasizing Turkey's already known attitude, expressed that the pain suffered 100 years ago is our common sorrow, that it would not be righteous to carry these across generations, friendship should be the result of this past pain as it has been the case for Gallipoli Campaign, and these issues should be left to historians.

In conclusion, both parties kept their known positions on this issue. It is possible to say that any precautionary measure that France will take in order to punish the denial of genocides, would not have so much of a negative effect on the bilateral relations if it does not openly cite the Armenians, while conversely will raise Turkey's negative reaction and damage ongoing efforts at rebuilding close cooperation if it takes Armenians as the primary cause.