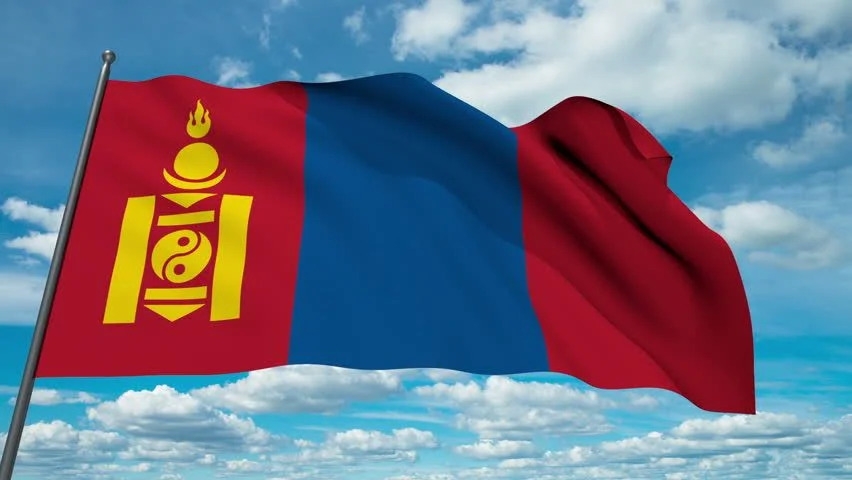 Mongolia gained its independence after the collapse of the Qing Empire in 1911. This independence was reinforced by the Mongolian Revolution in 1921, while the country’s first constitution was adopted in 1924. At the Yalta Conference in 1945, the independence of Mongolia was recognized internationally, while in 1961, Mongolia became a member of the United Nations. The year 2021 is an important anniversary for Mongolia, on the occasion of the centennial of its independence with the Mongolian Revolution on 11 July and the upcoming 60th anniversary of its membership in the United Nations on 27 October 2021.

Described as an oasis of democracy in Inner Asia, Mongolia aims to pursue a balanced foreign policy towards its neighbors China and Russia. In addition, Mongolia, with the concept of "third neighbor" in the New Foreign Policy Concept adopted in 1994, set forth the goal of establishing bilateral and multilateral cooperation with countries with developed democracies in political, economic, cultural, and humanitarian relations.[1]

Turkish-Mongolian relations, dating back millennia, gained a new dimension with the establishment of diplomatic relations between Turkey and Mongolia on 24 June 1969. Relations between Mongolia and Turkey began to develop in the 1990s, and embassies were opened in Ulan Bator and Ankara in 1996 and 1997, respectively. Mongolia declared Turkey as one of the collective third neighbor countries and has expressed its desire to maintain its bilateral relations with Turkey at the level of strategic partnership. Furthermore, Turkey is the only country that Mongolia describes as “fraternal country” in its official documents.[2]

Mongolia is a member of the Organization for Security and Cooperation in Europe (OSCE), has contributed to UN and NATO-led peace-support operations, and has signed "Partnership and Cooperation Agreement” with the European Union. Bold Radvan, Ambassador of Mongolia to Ankara, has emphasized that there are opportunities for cooperation between Turkey and Mongolia within the framework of the EU, OSCE, and NATO.[3]

More than 2,000 Mongolian students have graduated from Turkey's higher education institutions to date, and these graduates have contributed to the consolidation of good relations between the two countries. The Turkish Cooperation and Coordination Agency (TİKA) carries out projects in the fields of education, health, infrastructure, and cultural cooperation in Mongolia, and more than 700 projects and activities have been carried out by TIKA in cooperation with local authorities, municipalities, and non-governmental organizations in the country.[4]

In 2010, the "Intergovernmental Agreement on Counter-Terrorism" was signed between Mongolia and Turkey, and in accordance with this agreement, Mongolia stated that it always stand by Turkey in its fight against terrorism.[5] The two countries have held many meetings within the scope of the biannual “Intergovernmental Joint Economic and Trade Committee” and they have taken decisions to improve their relations.[6] Although the commercial relations between Turkey and Mongolia are still at the developmental level, it has been reported that the opportunities offered by the Mongolian market attract the attention of Turkish companies.

The Center for Eurasian Studies (AVİM) attaches importance to the study and development of historical and friendly relations between Mongolia and Turkey. In this direction, under the umbrella of AVİM, the meeting titled “Mongolia on The Eve of the 11th Asia-Europe Meeting & Turkish-Mongolian Relations” was held in 2016 and the meeting titled “Eurasia from the Perspective of Turkey and Mongolia” was held in 2019. Ambassadors and academics from Turkey and Mongolia who participated in these meetings contributed with their evaluations on Turkey-Mongolia relations. In these meetings, the historical and cultural ties of Turkey and Mongolia were discussed, and it was indicated that there are great potentials for the development of bilateral relations.

With Mongolia, with which the Turkish people feel sentimentally close due to common historical ties, it can be seen that the barriers put up by the physical distance between the countries are disappearing thanks to the developments in transportation and communication technologies. This situation creates opportunities for further development of bilateral and multilateral relations and the establishment of cooperation in the future. As AVİM, we emphasize the importance of these opportunities and hereby celebrate the centennial of the independence of our brother country Mongolia.