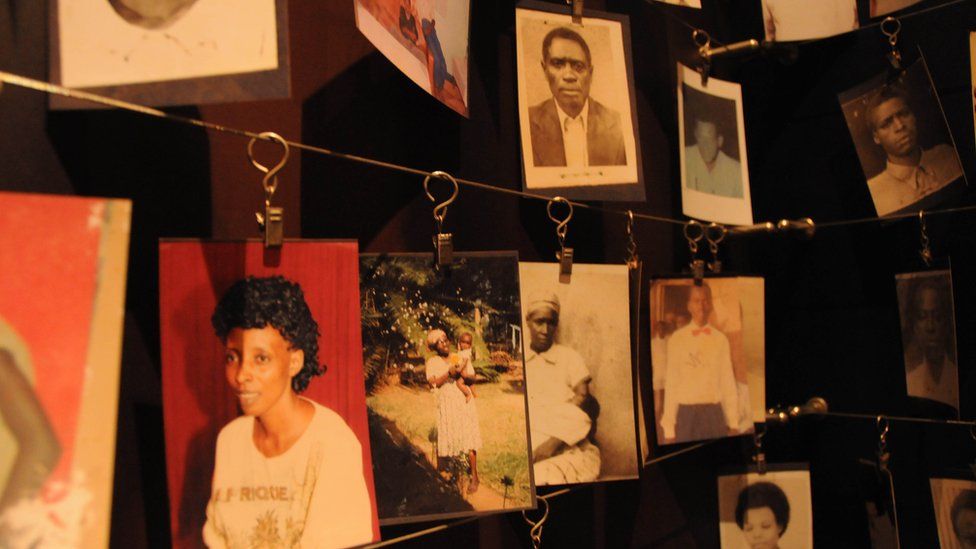 Until today, three verdicts have been delivered by competent international judicial tribunals on crimes of genocide as far as 1948 United Nations Convention on the Prevention and Punishment of the Crime of Genocide is concerned. One of them is the Srebrenica Genocide that occurred during the Bosnian War, and the others are the Cambodian genocide perpetrated by the Khmer Rouge and the Rwandan Genocide.[1]

During the 1994 Rwandan Genocide, in one of the greatest tragedies in history, more than 800,000 Tutsis and moderate Hutus were annihilated by extremist Hutus within 100 days. Discussions on the identification of those responsible for this crime against humanity remain relevant to this day.

It is known that the Western states’ alterations in the local power balances and creation of social divisions as part of a colonization strategy were influential in the escalation of anger and violence between the Tutsis and Hutus in Rwanda. On this point, Rwandan President Paul Kagame stated that “The most devastating legacy of European control of Rwanda was the transformation of social distinctions into ‘races.’ We were classified and dissected.”[2] In Rwanda before the colonial period, the names denoting the livelihoods of the people of the region, including the herder Tutsis and the farmer Hutus, turned into ethnic classifications under the Belgian administration and were written as different ethnic groups on identity cards.[3] European anthropologists described the Tutsis as being narrower-nosed, taller, "closer to the whites" and the colonial administration discriminated against others by placing Tutsis -who were present in lesser numbers in Rwanda- to positions in government and administration.

As African states achieved their independence in the late 1950s, Belgium contributed to the creation of a new state based on the Hutu majority. Meanwhile, trying to maintain its influence on the continent, France considered Rwanda, one of the French-speaking countries in the Francophone region of East Africa, as "a significant instrument of cultural penetration in the English-speaking neighboring countries.”[4] In this direction, financial and military assistance was provided to the government in Rwanda in return for the placement of French military forces in the country and trade agreements.

Since France had close relations with the Rwandan government before and during the genocide, France's responsibility in the genocide and whether the French authorities helped the Hutu militia perpetrators have been a matter of debate. In 2008, an independent Rwandan commission published its studies on the investigations into the genocide and suggested that some French authorities, including Dominique de Villepin and François Mitterrand, were complicit in the genocide.[5] At this time, the British press wrote that Rwanda was moving away from the French sphere of influence in Africa and towards the Anglophone bloc, and therefore the Rwandan government did not hesitate to raise painful questions about France's role in the genocide.[6]

In 2017, the Rwandan government commissioned a Washington-based law firm, Levy Firestone Muse, to investigate the French government's role in the genocide. Regarding this assignment, the Rwandan government stated that they believed that bringing in an outside law firm, based neither in France nor Rwanda, would best help advance the public’s understanding of the facts.[7] Upon this development, French President Emmanuel Macron commissioned a group of 8 researchers and historians, led by French historian Vincent Duclert, to investigate the Rwandan genocide. The reports of these two separate commissions were published a few weeks apart in 2021.[8]

It is stated that the conclusions of the Muse Report titled “A Foreseeable Genocide: The Role of the French Government in Connection with the Genocide Against the Tutsi in Rwanda”, published in April 2021, differ from the Report of France's Duclert Commission in several respects, including:

The Coverup: Duclert Commission’s conclusion, in the main, does not address the quarter century after the Genocide. The Muse Report, by contrast, details and examines the cover-up, obstruction and false narratives promulgated by the French government since 1994.”[9]

The Muse Report reveals that France, with the intent to expand and protect its influence, was unwavering in its support for its Rwandan allies even when their genocidal intentions became clear, and obstructed UN efforts concerning this issue.[10] The report also noted that when the Rwandan Patriotic Front took control of Kigali and was poised to take control of Rwanda from the genocidal administration, France hastily intervened, and with Operation Turquoise, created a so-called “Safe Humanitarian Zone” allowed extremist Hutus to find safe passage to Zaire.[11]

Macron, who went to Rwanda on May 27 to ‘write new page’ in France’s relationship with Rwanda, stated that France recognizes that it bears a responsibility for the genocide and acknowledges that France had been at fault, but that it was not an accomplice to the crimes committed. With the following words, he said that 800,000 victims were abandoned: “When the genocide started, the international community took close to three months, three interminable months, before reacting and we, all of us, abandoned hundreds of thousands of victims.”[12] Genocide survivors have stated that they wanted to hear Macron officially apologizing to them and have therefore expressed disappointment.[13] As for the Rwandan government, it has stated that what was put forward in the Duclert Report was not enough, but that it was "an important step towards a common understanding of France’s role".[14]

France has resorted to admitting its role and direct responsibility in connection with the genocide in Rwanda in an indirect manner. It is expected that the responsibility of the French government in connection with the Rwandan genocide will constitute a step towards a comprehensive exposure and confession of the violence perpetrated by France in Central Africa and in Algeria, including the Sétif and Guelma massacres.

[1] “Case Concerning Application of the Convention on the Prevention and Punishment of the Crime of Genocide (Bosnia and Herzegovina V. Serbia and Montenegro)”, International Court of Justice, February 26, 2007,  https://www.icj-cij.org/public/files/case-related/91/091-20070226-JUD-01-00-EN.pdf , “ECCC at a glance”, The Extraordinary Chambers in the Courts of Cambodia, https://www.eccc.gov.kh/sites/default/files/eccc%20at%20a%20glance%20-%20january%202018.pdf , “Statute of the International Criminal Tribunal for the Prosecution of Persons Responsible for Genocide and Other Serious Violations of International Humanitarian Law Committed in the Territory of Rwanda and Rwandan Citizens Responsible for Genocide and Other Such Violations Committed in the Territory of Neighbouring States, between 1 January 1994 and 31 December 1994”, United Nations Human Rights, https://www.ohchr.org/en/professionalinterest/pages/statuteinternationalcriminaltribunalforrwanda.aspx

[4] “A Foreseeable Genocide: The Role of the French Government in Connection with the Genocide Against the Tutsi in Rwanda”, Levy Firestone Muse, 19 April 2021, p. vi, https://www.gov.rw/fileadmin/user_upload/gov_user_upload/2021.04.19_MUSE_REPORT.pdf

[7] “A Foreseeable Genocide: The Role of the French Government in Connection with the Genocide Against the Tutsi in Rwanda”, Levy Firestone Muse, April 19, 2021, p.1 https://www.gov.rw/fileadmin/user_upload/gov_user_upload/2021.04.19_MUSE_REPORT.pdf

[8] The published reports can be accessed from these links: