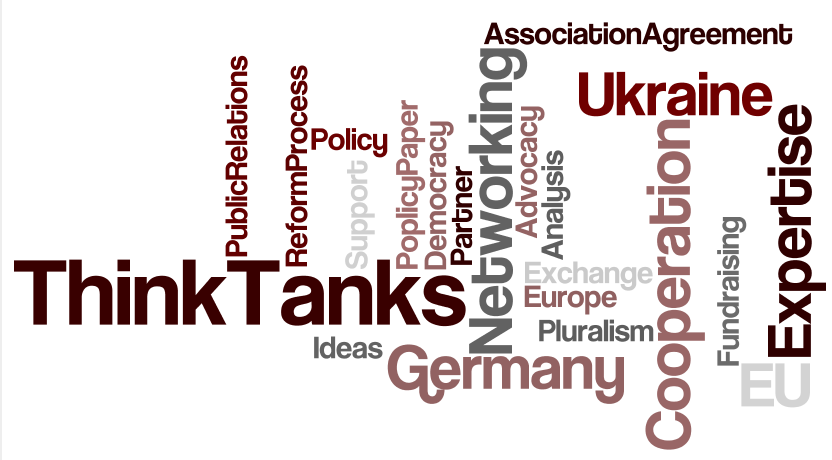 Ukrainian Minister of Interior Arsen Avakov’s 24 April 2021 statement that he published on his Facebook page  and which was replicated by some Ukrainian media has been a notable incident for those who closely monitor Turkey-Ukraine relations. In fact, Minister Avakov’s call has been the fifth of its kind in the last eight years; in 2013, 2015, 2019, and 2020, four draft resolutions on the ‘recognition of the Armenian Genocide’ were submitted to the Ukrainian parliament. What we witness is the latest reflection of a trend in Ukraine.

As discussed in the second article of this series, certain commonalities can be detected among the politicians who promote the ‘Armenian Cause’ in Ukraine. These commonalities point out to several political motivations of these people. The three most salient and intertwined motivations are politicized ethnic concerns, harming Turkey-Ukraine relations, and gaining power in Ukrainian politics.

It is no secret that politics is one of the most corrupted sectors in Ukraine. Politicians are among the least trusted groups in Ukraine. As the previous article demonstrated, politicians who advocate the ‘Armenian Cause’ are hardly reputable figures even with respect to the standards present in Ukraine’s politics. Yet, disreputable politicians are not the only ones that promote a certain characterization of the 1915 events. Rather, a particular section of the Ukrainian intelligentsia (i.e., representatives of the NGOs, think tanks, and academia) is also acting as a crusader of the ‘Armenian Cause.’ Therefore, in this article we shall take a closer look at the intellectual circles in Ukraine to examine the dynamics of the interest of the Ukrainian intelligentsia in the 1915 events.

The Intellectual Circles in Ukraine

As is the case in most countries, the Ukrainian intelligentsia is not a monolithic body. Several division lines result in de facto groupings within the intelligentsia. One of the division lines is the generational gap, particularly between those who received their education and professional training during the Soviet times and those after 1991. Because of natural reasons, the former group is getting smaller. It can also be seen that they are becoming less authoritative as new scholarly traditions find their ways in the Ukrainian academia. Very much correlated with the generational gap, a divide between Soviet-nostalgic and Soviet-critical intellectuals can also be observed. One can also see certain differences between those who received their higher education in Ukraine and abroad, particularly in Western universities.

Ideological and political divides can be detected as well. The main ideological/political divide passes between those critical to the ‘European choice’ of Ukraine and those who endorse this choice. It is quite possible to argue that those who are critical of the ‘European choice’ are a less visible group, particularly in the civil society sector; the majority of the intelligentsia who are more visible in the public sphere are the adherents of the Western orientation of Ukraine. Importantly, these people are mostly affiliated with NGOs and think tanks financed wholly or partially by Western donors. Also, they are better connected with the western intellectual circles and find more space in western NGO and think tank circles through projects, workshops, and other activities. This increases their visibility in the international domain.

The pro-Western intelligentsia can be framed into two groups with respect to the ways in which they conceptualize the West and the nature of Ukraine’s relations with the Euro-Atlantic.

The first group is composed of those who idealize the West and sustain an over-ideological outlook. Rather than political arguments, they employ culturalist and essentialist arguments in defending Ukraine’s Euro-Atlantic integration, which they see not only as an imperative but a result of the natural course of history. In a quite simplistic way, the claim that ‘Ukraine belongs to the European/Western civilization’ forms the basis of their geopolitical arguments. It can be noticed that, people in this group tend to internalize any idea or discourse produced in the West without question (in this article, we will refer to this group as “idealist” for the sake of simplicity).

The second group, too, idealizes the West to a certain extent, but different from the idealists, they defend Ukraine’s ‘European choice’ from a realpolitik perspective. Put differently, their defense of the ‘European choice’ is based on both ideological and realistic political considerations. Accordingly, they present Ukraine’s Euro-Atlantic integration not only as an ideological but also as a pragmatic choice, and even as a necessity imposed on Ukraine by the ‘Russian aggression’ (we will call this group the “realists”).

It is rather the people in the first group, the idealists, who appear as the advocates of the ‘Armenian Cause’ in the civil/intellectual sphere. People in the second group, the realists, whether they buy the genocide thesis or not, tend to speak about the 1915 events cautiously or prefer not to speak about this question, at all. This attitude is a result of their realist outlook on international politics.

Ukrainian Intelligentsia and the ‘Armenian Question’

There are several points that should be underlined as to the reasons why the genocide thesis can find adherents among the Ukrainian intelligentsia. First, despite the centuries long relations between the Turks and the Ukrainians and the geographical proximity between the two countries, there are only a few specialists on Ottoman/Turkish history in Ukraine. Moreover, scholarly studies of the Turkish historians are hardly available to the Ukrainian readers. Therefore, Ukrainian intelligentsia learns about the 1915 events from Russian or Western sources.

Besides the absence of specialists and knowledge on Ottoman/Turkish history, another reason why Ukrainian intelligentsia is inclined to accept the genocide thesis is the heritage of the Russian and Soviet historical narratives that represent the Ottomans and the Turks exclusively in negative lights. This heritage predisposes the Ukrainians to take on the narratives about the ‘Terrible Turk.’

Particularly after the EuroMaidan Revolution, as part of the nation building process, there have been increasing efforts to rewrite the Ukrainian history. In this process, though Ukrainian scholars both in Ukraine and abroad produce interesting studies, instead of creating a Ukrainian school of historiography, they tend to reproduce the Western historical scholarship. In other words, Western historiography to a great extent shapes the outlook of the Ukrainian historians and intelligentsia. Because the genocide thesis is quite prevalent in Western historiography on the late-Ottoman period, particularly the young intellectuals tend to internalize the genocide thesis.

Whereas these are the ‘scholarly’ reasons, so to speak, of the ability of the genocide thesis to find proponents, there are also non-scholarly reasons as well.

One of the reasons has to do with the political economy of the civil society sector in Ukraine. As stated above, most of the pro-Western intellectuals are affiliated with NGOs and think tanks financed by Western donors. As to this, it should be frankly acknowledged that in Ukraine, the NGO and think tank sector is, indeed, an industry. It is a business for the pro-Western intellectuals not only to earn their lives but also to attain additional benefits such as free travels to abroad for international conferences or being held in high esteem among in Western NGO and think tank circles. In such an employee-employer/patron-client relationship, it is not surprising that some sections of the Ukrainian intelligentsia are disposed to internalize and maintain ideological and political positions of their donors. Hence, it is not unanticipated that those in NGO and think tank sector/industry embrace the dominant Western narrative about the 1915 events without a critical examination.

Besides the political economy, an arguably more complicated and fundamental issue is the ways in which pro-Western intellectuals construct themselves as intellectuals. For many of these people, being an intellectual means reproducing what is produced in Western epistemic centers. Absence of sophisticated and established intellectual traditions after the collapse of the Soviet Union can be pointed out as one of the reasons of the dominance of this understanding.

On the other hand, pro-western intellectuals, particularly the idealists, embrace Western concepts and narratives to prove their western identity to themselves and others. In other words, pro-Western intellectuals hope to become and be accepted by others as ‘Westerners’ by ‘speaking the same language’ with their Western counterparts. Accordingly, they develop a habit to accept uncritically anything that comes from the West.

As explained in the first article of this series, a promising relationship has been developing between Turkey and Ukraine since the last seven years. An important characteristic of this relationship is that it has been built on the grounds of mutual respect and interests. As also mentioned in the first article, because of its politicization by Armenia, Armenian diaspora, and some third actors, the ‘genocide question’ had long ceased to be a matter of history, values, or law. Today, the genocide question, and particularly third actor position on this question, is a political matter. Accordingly, not only Ukrainian politicians’ but also Ukrainian intellectuals’ positions on the genocide question are direct or indirect manifestations of their political attitudes towards Turkey. In fact, as the cautious stance of the realist Ukrainian intelligentsia mentioned above reveal, Ukrainian intellectuals are well aware of this. Those who advocate the ‘Armenian Cause’ are no exception.

There is a certain section of Ukrainian intelligentsia harboring doubts about the benefits of relations with Turkey. It can be seen that these people question how long relations with Turkey could or should be sustained. The outlook of a former diplomat and a current MP from the Servant of the People party and a member of the foreign affairs committee of the Ukrainian parliament illustrates these doubts (see, pages 395-396 of the book titled “Sovyet Sonrası Ukrayna’da Devlet, Toplum ve Siyaset - Değişen Dinamikler, Dönüşen Kimlikler” published in March 2020). This MP, then the founder and the head of a think tank when he was interviewed in March 2019, said Turkey and Ukraine follow different strategic paths and to sustain good relations with the EU and NATO, Ukraine may discard its relations with Turkey. He added that Ukraine needs to take the same stance with the West against Turkey on matters including Turkish domestic issues. With respect to possible consequences of such an attitude, He said that breaking up with Turkey would not have any significant consequences for Ukraine.

Notably but not surprisingly, it is one of his colleagues Alexander Khara from the think tank he founded during the EuroMaidan Revolution, who on 24 April published a post on his Facebook page commemorating the ‘Armenian genocide’ with an advertisement of the propaganda movie ‘The Cut.’ Two days later, this person published an op-ed analyzing Turkey-US relations in connection with President Biden’s 24 April 2021 statement. In this op-ed, while exploring Turkish-American relations from his own lenses, repeated some aspects of the habitual narrative on the ‘Armenian genocide.’ It can be seen that Khara is doing what exactly his colleague, the aforementioned MP, sustains with respect to Ukraine’s positioning with the West vis-à-vis Turkey.

To conclude, in Ukraine, the advocates of the ‘Armenian Cause’ are not only the disreputable politicians, many of which have suspicious connections with different actors including Russia. Some sections of the pro-Western intelligentsia, too, also promote this cause, though in rather implicit ways. As such, in Ukraine we witness a strange de facto merger between pro-Russian and pro-Western actors.