THE PRESIDENT OF THE EUROPEAN COMMISSION VON DER LEYEN CONFIRMED THE DISCRIMINATION AGAINST TÜRKİYE ONCE AGAIN
Commentary No : 2022 / 34
Hazel ÇAĞAN ELBİR
27.09.2022
3 min read 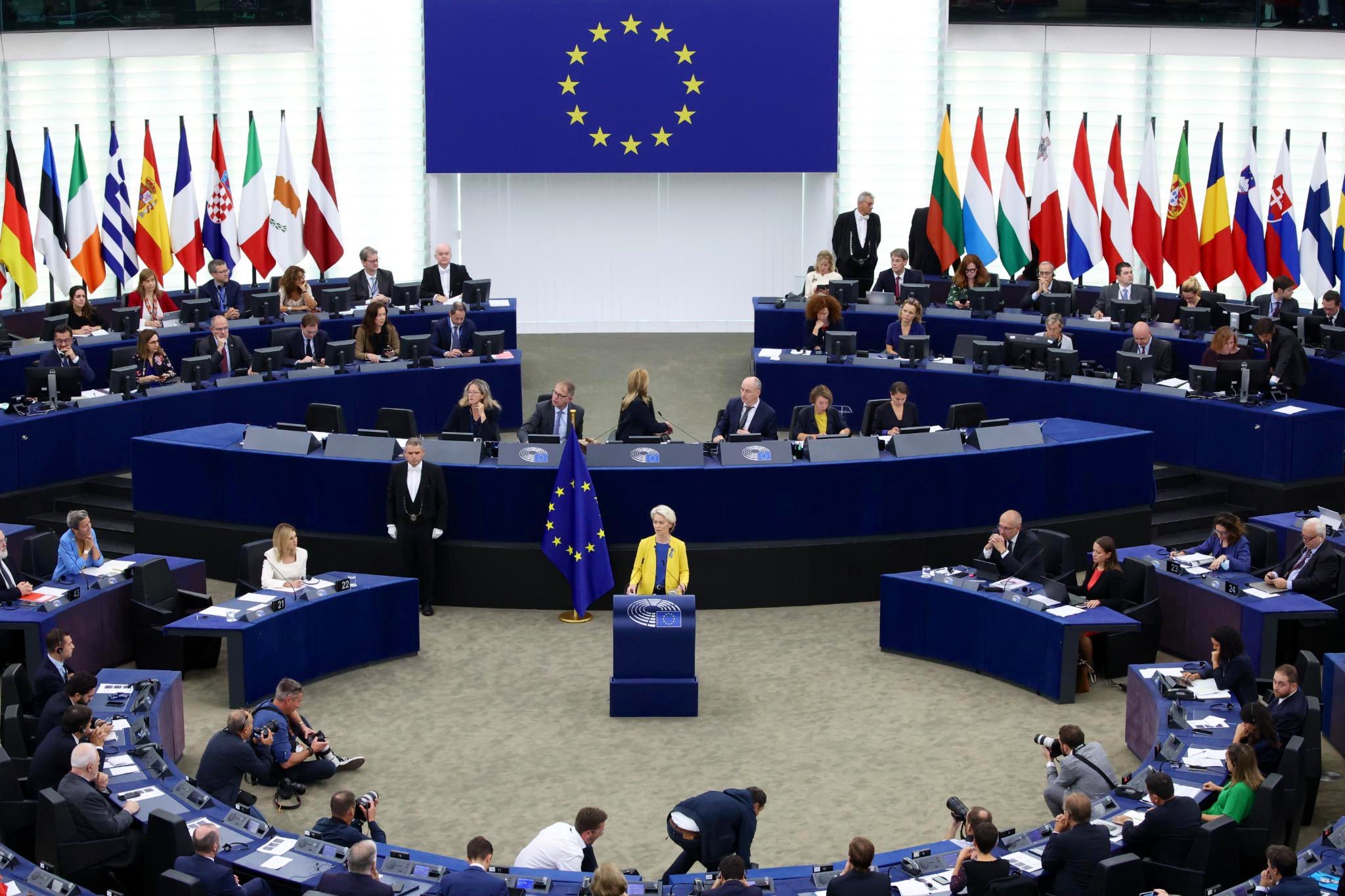 In the previous week, European Commission President Ursula von der Leyen, delivered her annual “State of the Union” speech at the European Parliament General Assembly, which discussed the activities of the Commission, what it has accomplished and what the Commission will prioritize next year.

In her speech, von der Leyen talked about the inclusion of Ukraine in the single market, the energy crisis and the measures that can be taken against the crisis. Von der Leyen also mentioned the state that Russia’s industry has reached, the support to be given to the European Political Union and the establishment of a Hydrogen bank. Among these topics, the aspect that attracts the most Turkey is undoubtedly the emphasis on the European Political Union.

The “European Political Community” was presented last May to the European Parliament by the President of France, Emmanuel Macron, and it has been frequently mentioned by the leaders of the European Union (EU) member states recently. European Commission President von der Leyen also stated in her speech that they would always act on the grounds presented by democracy and called for Political Community.

Emphasizing that they are working and will continue to work on the protection of the Union's borders, von der Leyen addressed Ukraine, Moldova and Georgia and stated that they are part of the EU family and that the EU would not be complete without these three countries. This rhetoric is not new. As it will be remembered, German Chancellor Olaf Scholz also made this exact statement. The point that draws Türkiye’s attention is the absence of Türkiye in the expression, and most importantly, it was expressed in the same way by the European Commission President.

We have included some statements of Chancellor Scholz in the past days[1]. We wrote that the expression “Western Balkans”(*) was used separately from von der Leyen in Scholz’s statements, and that the use of this expression was intended to exclude Türkiye.

The point that draws attention in both speeches is the exclusion of Türkiye from the EU. How can Georgia, which is geographically located in/at the east of Türkiye, be a part of the EU without Turkey? This clearly reminds us that religious discrimination plays a role in the EU membership.

The EU has given Türkiye the message that, whatever she does, Türkiye has no place in the Union. The EU has made it clear that they see Türkiye as a country that remains within reach and that they want to keep by their side, but that Türkiye is not part of the family.

After all these discourses, it should be questioned why Türkiye could not comply with the views of the EU. While the EU officials are delivering speeches on democracy and differences, they are excluding Türkiye, which has been making efforts to be included in the Union for years. This does not coincide with the discourse of the “Union”. Striving for unity requires taking bold and fair steps. Giving Türkiye a chance will be a step that will show the consistency of the EU’s “Europeanism” discourse. Because Türkiye is geographically an inseparable part of the Balkans and therefore of Europe.

At this point, it should be noted that the problem originates from the EU. Justified or unjust accusations can always be made against Türkiye through some excuses. Everything Türkiye does is disturbing the EU. This is because Türkiye is not seen as a family member.

It was disappointing to hear these words from someone speaking as the European Commission President, and it was a statement that showed Türkiye’s place in terms of the EU’s projection.

*AVİM considers the term “Western Balkans” to be a politically motivated separatist term and insists on the use of the geographical and historical identification “Balkans” regarding the region.