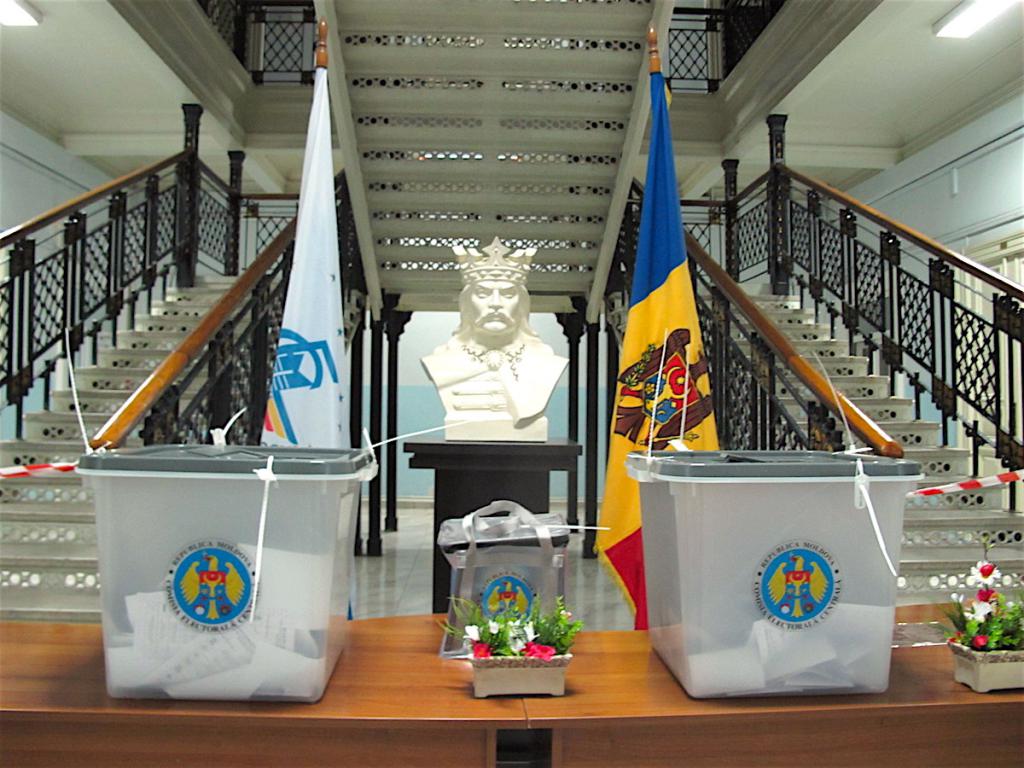 The 2020 presidential elections in Moldova were concluded on 15 November by the victory of the former World Bank economist Maia Sandu. The voting on 15 November was the run-off of the voting held on 1 November. In the first round Sandu won 36.16% of the votes, whereas her closest competitor, the incumbent President Igor Dodon, got 32.61%. Because none of the candidates reached 50%+1 threshold, the second round was held two weeks later at which only Sandu and Dodon competed. In the run-off elections, Sandu won 57.72% and Dodon got 42.28% of the votes. The voter turnout on 1 November was 42.74%, whereas it rose to 52.78% on 15 November.

A significant number of analyses in foreign media tended to analyze the Moldovan presidential elections from within a geopolitical perspective. That is to say, most columnists and experts framed the competition between Sandu and Dodon within the context of the antagonism between Euro-Atlantic and Russia for the fact that Sandu is known as a pro-European figure, whereas Dodon is a pro-Russian politician. Accordingly, some interpreted Sandu’s electoral victory as Moldova’s pro-European choice. Other columnist and experts, on the other hand, rightly pointed out that interpreting the result of the elections as such is not exactly correct.

Dodon is a typical pro-Russian post-Soviet politician seeking benefits of sorts by staying on the side of Russia. The fact that in four years of his presidency Dodon visited Moscow about thirty times, while not paying a single visit to Romania and Ukraine is both indicative and significant in this sense. In his election campaign, by underlining his pro-Russian stance and personal affinity with the Russian elite, Dodon hoped to gain the support of the electorate. He also looked for the support of Moscow and pro-Kremlin Russian media.

Sandu played a different game. She kept geopolitical issues at the background and refrained from speaking about Moldova’s relations with Russia or the West. She also avoided discussing what the ‘civilization choice’ of the country should be. She based her campaign on issues such as ending corruption, and ensuring economic progress and good governance. Sandu emphasized that she would carry out a balanced and pragmatic foreign policy in line with the national interests of Moldova. During her victory speech, she switched from Romanian to Russian, a highly symbolic act that could be interpreted as a good-will message to the Russian speaking Moldovans, and also to Russia.

From these, it can be said that 2020 presidential elections in Moldova concluded by the defeat of the pro-Russian and anti-Western Igor Dodon. However, it cannot be interpreted as the triumph of the pro-Western political currents. Likewise, it is too early to conclude that Sandu’s presidency would be a new beginning or a turning point with respect to Moldova’s ‘civilizational choice’ towards the West. It should be kept in mind that Russia is still highly influential among a good portion of the Moldovan society. Dodon gained a significant portion of the votes in the southern regions inhabited by the Gagauz and ethic Bulgarians and also in the north of the country. The support to Dodon can be interpreted as the support to Molodova’s good relations with Russia.

Besides that, we should also underline how Russia acted during the election process. As said, Dodon openly bet on his ‘good relations’ with Russia. By emphasizing his close ties with Kremlin, he hoped to gain the support of the Moldovans. However, despite his overtly ‘friendly’ posture towards Russia, Kremlin kept its cool. Putin visibly kept distant from Dodon and avoided openly supporting Dodon. We should also remind that Kremlin also showed the same cold attitude to Dodon during January-February 2019 parliamentary elections. When Sandu was declared as the winner of the presidential elections, Putin ranked among the first foreign leaders to congratulate her.

Several conclusions could be derived from the Moldovan elections. To us, it seems that both Kremlin and the pro-Western politicians in the post-Soviet space have learnt their lessons from the developments in the region in the last ten twelve years. It seems that Kremlin has understood that although Russia is still the most prominent hard power in its surrounding, it is losing its soft power over the post-Soviet countries, and cannot continue to rely on intimidation and protégés anymore to secure its hold in this region. As to that, it should also be remembered that Putin did not provide a strong or at least open support to the Alexander Lukashenko in Belarus, where protests over the allegedly rigged presidential elections have been continuing since 9 August. In fact, there are signs that Russia has been revising its ‘near abroad’ policy and trying to formulate new ones that would somehow accord with the aspirations of the citizens of the post-Soviet countries for change. Likewise, pro-western political currents in the region seem to have understood the heavy price of directly confronting Moscow particularly with respect to issues related to geopolitical competition between Russia and the West. Accordingly, instead of ‘civilizational choice,’ pro-Western politicians have inclined to emphasize issues related to bread and butter and good governance.