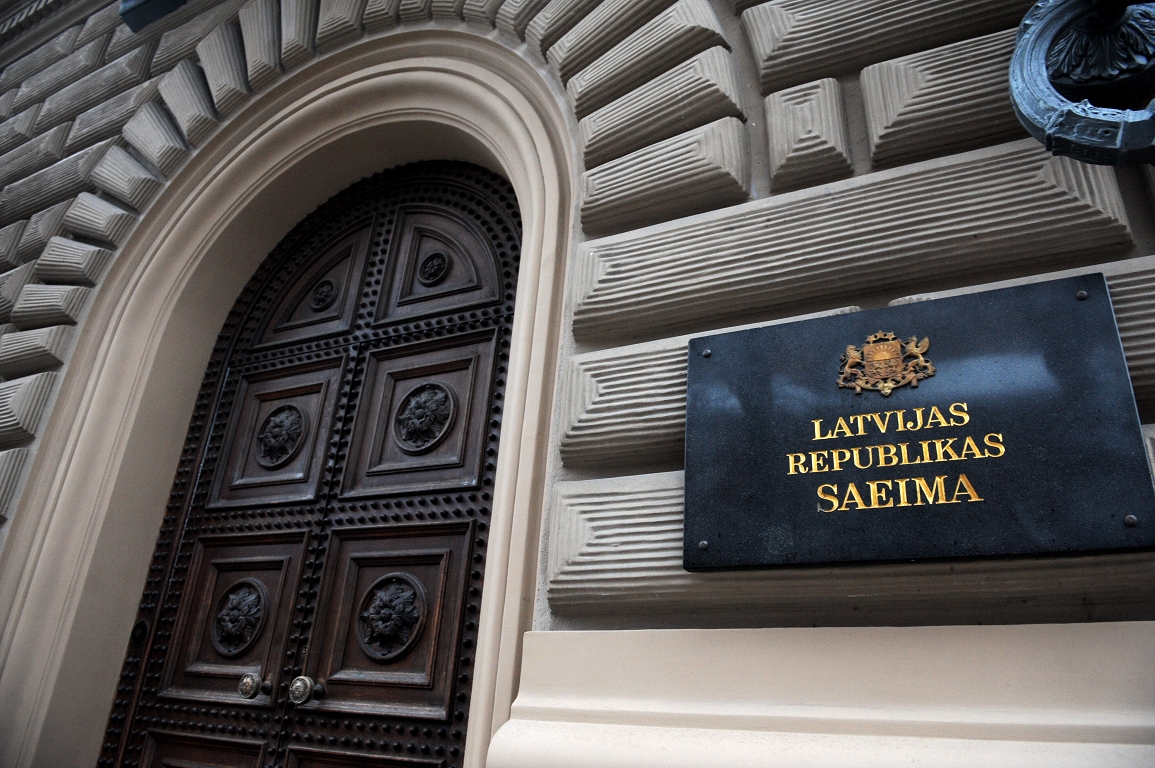 On 6 May, Latvian Parliament (Saeima) adopted a declaration titled “Declaration on the Armenian Genocide in the Ottoman Empire.” In the parliament composed of 100 seats, 58 deputies voted for the declaration, while 7 deputies abstained and 4 voted against it. 31 deputies were not present during the voting.

According a Facebook post of the Armenian Ambassador to Lithuania, Latvia, and Estonia Tigran Mkrtychyan, ‘Armenian genocide’ has been a matter of discussion for about a year in Latvia. According to Ambassador Mkrtychyan, on 24 April 2020, two members of the ruling coalition made a statement to condemn the ‘Armenian genocide.’ Then, in February 2021, discussions on the issue were intensified. On 23 April, a “resolution-statement” was submitted to the Parliament. But, this is not the entire story.

By late 2019, the lobbying efforts for the ‘recognition of the Armenian genocide’ had been geared up. In 9-12 December 2019, the Embassy of Armenia to Lithuania, Latvia, and Estonia organized a tour for Taner Akçam and Siobhan Nash-Marshall to give ‘lectures’ on the ‘Armenian genocide’ in the three Baltic countries. This duo was, indeed, an interesting one. Whereas Akçam is one of the most well-known historians-propagandists of the ‘Armenian genocide,’ Siobhan Nash-Marshall is a lesser known, if not unknown, but also an eye-catching person. She is a scholar of philosophy focusing on metaphysics, epistemology, and medieval philosophy - nothing relevant to Armenian or Turkish history - and an ultraconservative, if not fundamentalist, Christian activist. To give some detail, she is as the vice-President of the Christians in Need Foundation, an organization organically linked to the advocates of the ‘Armenian Cause.’ Baroness Caroline Cox, a fundamentalist Christian and staunch supporter of the ‘Armenian Cause,’ is in its Advisory Board. As such, it is not surprising that most of the activities of the Foundation concentrates on Nagorno-Karabakh with a pro-Armenian agenda.

What else? Obviously, we cannot exactly know what the Armenian Embassy did and what was spoken between the Embassy, Latvian politicians, and other likely third actors. Yet, the Armenian Ambassador Tigran Mkrtychyan, while announcing “an excellent and much expected news!!!”  of the passage of the declaration on his Facebook page wrote the following:

What was difficult to imagine a few years ago, today became a reality. This is the result of indefatigable efforts of recent years, where almost the entire arsenal of diplomacy was exerted – intensive political dialogue, parliamentary diplomacy, cultural diplomacy (which was the most visible, but also extremely important), Armenian-Latvian community and Riga’s Armenian Apostolic Church’s involvement (which was the longest-lasting and most persistent). The entirety of all this, plus some amendments in the emphases of our work during the recent years led to this result (emphasis added).

From that we can understand, besides the Baltic tour of the Akçam/Nash-Marshall duo, “the entire arsenal of diplomacy” of Armenia put in considerable effort for the adoption of the declaration.

One of the important details about the declaration is that it is not the original one prepared by some Latvian deputies. Ambassador Mkrtychyan explains this as follows:

…a first draft declaration was introduced to the Saeima on April 23. On April 29th the initial version of the declaration was postponed for a week with amendment proposals. Another version of a declaration was tabled by the Foreign Affairs Committee, around which an intensive debate ensued and on which there has been active parallel work (by the Committee) going on for more than two months now (emphases added).

Here, we gain more insight about the process. When the first draft declaration was introduced, it caused intense debates that resulted in its rejection. Eventually, the final declaration was drafted by the Foreign Affairs Committee of the Latvian parliament.

The wording of the final version of the declaration deserves attention. The Declaration replicates several habitual expressions such as the ‘objective of preventing the reoccurrence of similar events’ and ‘looking into the future.’ Likewise, it also includes clichés like “open and free debate on historical issues,” and “healthy and mature democracies.” As such, the Latvian Parliament’s declaration is an uninspired ‘genocide resolution,’ the previous examples of which we are familiar with. Yet, it also has an interesting aspect; it very much resembles the US President Joe Biden’s 24 April 2021 statement both in its wording and the spirit. Particularly the first paragraph of the Declaration reads like a rephrased and shortened version of the first paragraph of Biden’s statement. Notably, it mentions the former name of Istanbul, i.e., Constantinople, just like Biden did. It should be underlined that in no other previous third-party ‘genocide resolution’ has the former name of Istanbul been used. Also similar to Biden’s statement, the Declaration refers to the actions of the “Ottoman authorities,” and does not denote present-day Turkey. Again parallel to Biden’s statement, it only mentions 24 April 1915 as the beginning of the ‘Armenian genocide’ but does not mention a time period in which the alleged genocide took place. This is salient because the current trend of the ‘genocide industry’ is to extend the alleged crime up to 1923, the year when the Republic of Turkey was founded to put blame not only on the Ottoman Empire but also on Turkey. In brief, while containing several clichés, the Latvian declaration is a text that is very much inspired by Biden’s recent statement that presents a kind of ‘run with the hare and hunt with the hounds’ approach. Will this be the new trend? We will see.

Other than these, the case of the Latvian Parliament’s declaration reveals several important features of the enterprise of the third-party recognition of 1915 events as genocide. As can be seen from the words of the Ambassador Mkrtychyan, Latvian declaration was a result of long-term, determined, and intense lobbying. This is nothing peculiar to the Latvian case. Third party resolutions/declarations/statements on the ‘Armenian genocide’ are the rewards of the real hard work of the genocide lobbies. In this endeavor, all possible means ranging from political instruments to religion are employed in all levels. As such, one must admit that these resolutions/declarations/statements are truly the victories of the Armenian diplomacy and lobbying.

The Latvian case also reveals once again that despite the image created by the lobbyists, attempts to issue resolutions/declarations/statements often cause debates and divisions among the politicians and the bureaucracy of the third countries. Almost always, a significant portion of the parliamentarians and bureaucrats resist these documents. In other words, although the genocide lobby tries to create an image of third parties’ eagerness to recognize the ‘Armenian genocide’ for higher universal values, in reality, it often faces significant resistance despite the utilization of all kinds of means. Yet, because most people, understandably, just look at the end result, the genocide lobby manages to create the image that intents to.

The Latvian Parliament’s declaration refers to the 1987 Resolution of the European Parliament to validate its characterization of the 1915 events as genocide. Even this is an indirect revelation of its the political essence. To make a long story short, in one of its judgments in 2003 on a related to the 1987 Resolution, the Court of First Instance of the European Communities (after 2009, it became the General Court as a constituent court of the Court of Justice of the European Union) stated the following:

It suffices to point out that the 1987 Resolution is a document containing declarations of a purely political nature, which may be amended by the Parliament at any time. It cannot therefore have binding legal consequences for its author nor, a fortiori, for the other defendant institutions.

Accordingly, the Latvian Parliament adopted a declaration by referring to a document whose political nature was affirmed by an EU court.

This is, however, an indirect revelation. Rihards Kols, the Chair of the Foreign Affairs Committee of the Latvian Parliament, which prepared the final version of the declaration, directly exposed the political core of the declaration with the following words:

The version of the Statement submitted for consideration and approved by the Foreign Affairs Committee was drafted after consulting all stakeholders, diplomats, historians, and researchers and following discussions, analysis, and reflections. The Armenian genocide can never be recognised de jure because, according to the Vienna Convention, it is no longer justiciable. Whether to recognise it is a political decision, and it is not a simple one. Genocide is the most serious crime against humanity that has no statute of limitations. We know what crimes against humanity are, and it is important to remember that other peoples have also had this experience. It is not a matter of quid pro quo, mutual benefit, or inconsequential ‘items on the political agenda’ (emphasis added).

Here, Kols not only declares that the Latvian Parliament has made a “political decision,” but also implicitly confesses that the legislative branch of the Latvian state has seized the powers of the jurisdiction by deciding on a legal issue that needs to be settled by an authorized court as described in the Article 6 of the 1948 Convention on the Prevention and Punishment of the Crime of Genocide, an international document that the Latvian declaration also refers to.

From one angle, with this declaration, Latvia practically displays its support to Armenia. From the same angle, despite its hesitations that could be understood from the debates, delays, cautious attitudes of a significant number of the Latvian deputies and the careful wording of the Declaration, Latvian parliament, at the end of the day, displays a hostile or, at least, unfriendly approach to Turkey.

Yet, it seems that these are the by-products of a more decisive stimulus, which appears to be Latvia’s enthusiasm to prove and demonstrate its loyalty to and self-positioning with the Euro-Atlantic community, and specifically with the US. The wording of the declaration, which imitates US President Joe Biden’s 24 April 2021 statement could be taken as an indication of this stimulus. In any case, this bearing, which is not specific to Latvia, is arguably one of the reasons why the ‘recognition of the Armenian genocide’ has lately become an international sport.