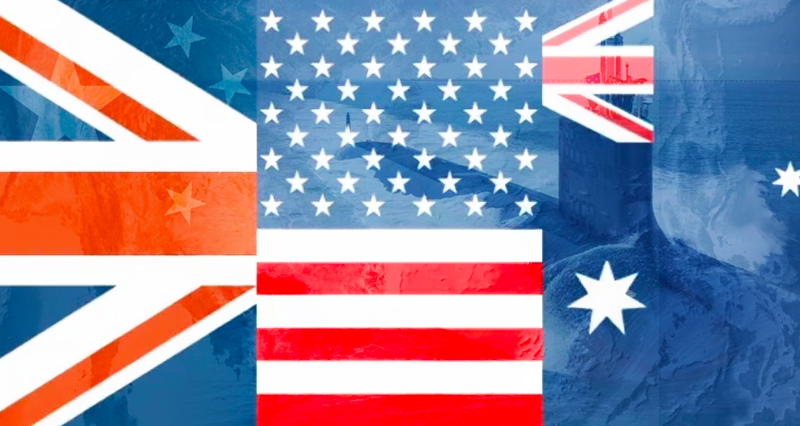 On September 15, 2021, it was announced that a tripartite security partnership called “AUKUS” was established by the leaders of Australia, the United Kingdom, and the United States. As the first initiative of this partnership, Australia, the UK, and the US committed to an 18-month work program for Australia to purchase and develop nuclear powered submarine technologies.[1] The Australian Ministry of Defense has announced that due to this partnership, the Australian Government will no longer be proceeding with the Attack Class Submarine Program, and that nuclear powered submarines are planned to be built in Adelaide, Australia.[2] In the announcement, the submarine initiative was described as the first step of cooperation, while it was stated that plans were also envisioned to develop cyber capabilities, artificial intelligence, and quantum technologies.

Developments such as China's recent violation of Taiwan's airspace, and China’s assertiveness in the South China Sea beyond its claims, and the formation of a new pro-Beijing administration in Hong Kong have led to comments that AUKUS is a partnership created against China. As a matter of fact, while AUKUS was described as a united front against China in the Chinese media, it was stated also that the US President Joe Biden is even more aggressive than the former president Donald Trump in his opposition to China, and that China-Australian relations would worsen due to the AUKUS alliance.[3] The statement of Peter Jennings,  Former Deputy Secretary for Strategy in the Australian Department of Defence, that "The stronger AUKUS is, the less likely it is that there will be an attack on Taiwan" reinforces the idea that this alliance is part of a strategy targeting China. In addition, Maria Zakharova, Spokesperson of the Russian Ministry of Foreign Affairs, described AUKUS as "the product of momentary interests".[4]

At the beginning of September this year, the statements made on the occasion of the 70th anniversary of the ANZUS Treaty, signed on September 1, 1951, had given the first signals of the AUKUS alliance. The Australian Ambassador to the US, Arthur Sinodinos, stated that the pressure created by China in the Indo-Pacific is a greater threat than the terrorist attack of September 11 and that an alliance would be formed to counter intimidation from Beijing. Additionally, Sinodinos made the noteworthy statement that the US departure from Afghanistan is part of its strategy of further concentrating its efforts in the Indo-Pacific, and that this will deliver new momentum in the way the US and Australia to position themselves.[5] Meanwhile, in August, the US Senate gave a message that the US wanted to strengthen its military and economic ties with Australia in the face of threats in the region.

All these put forward that AUKUS should be viewed in the context of the renewed US Indo-Pacific strategy. It was during the Trump era that the region became often referred to as the "Indo-Pacific", and the name of the US Pacific Command (USPACOM) was changed to the US Indo-Pacific Command (USINDOPACOM) in May 2018.[6] The 2017 National Security Strategy described China as a "revisionist power" in the Indo-Pacific, and the "Indo-Pacific Strategy Report" published by the US Department of Defense in 2019 revealed the desire of the US to work more closely with "allies and partners" in the region.[7] In 2019, the US Department of State published the document titled “Free and Open Indo-Pacific: Advancing a Shared Vision”, emphasizing that China is undermining the conditions that have promoted stability and prosperity in the Indo-Pacific, and setting the goal of cooperation with Indo-Pacific partners.[8]

In addition to all these developments, experts state that the US was not able to take any steps that fundamentally would change the dynamics in the Indo-Pacific during this period. It was pointed out that the US withdrawal from the Trans-Pacific Partnership, the Paris Agreement on climate, the Intermediate-Range Nuclear Forces Treaty and the Joint Comprehensive Plan of Action, the absence of a coherent strategy against China's claims, and North Korea's nuclear program during the Trump era led to the questioning of US hegemony to medium powers establishing multilateral mechanisms in the Indo-Pacific.[9]

The sea routes in the Indo-Pacific constitute an important part of the world's maritime trade. The questioning of the US' security commitments has encouraged other states to cooperate in the Indo-Pacific. The “Indo-Pacific Strategy of France” report prepared Australian Strategic Policy Institute puts forward that France, which has overseas territories in the region (Réunion, Mayotte, and New Caledonia, French Polynesia, Wallis, and Futuna of the French Overseas Territories Community) has been engaged in the Indo-Pacific region since 2010, and a French Indo-Pacific strategy based on bilateral or multilateral cooperation has been developed, especially in the maritime field, since 2018.[10] Apart from France, Germany also published its Indo-Pacific strategy in September 2020 and the Netherlands in November 2020, given the increasing importance of supply chain security in the region due to COVID 19.

Finally, the European Union (EU) published its Indo-Pacific strategy on September 16, 2021,[11] but this was a development that was overshadowed by the AUKUS announcement on the same day. Josep Borrell, High Representative of the European Union for Foreign Affairs and Security Policy, expressed his reprehension regarding AUKUS by stating that “I assume an agreement of such nature wasn’t brought together overnight, yet we were not informed". Australia's withdrawal from the submarine agreement with France within a 50-year partnership and the announcement of AUKUS on the day the EU Indo-Pacific Strategy Paper was published can be considered as a message given by the US against questioning its effectiveness in the region.

While the importance of the Indo-Pacific in the political arena has increased since the second half of 2020, the US started to bring the QUAD alliance to the forefront by giving its weight to the region, and the Indo-Pacific and China became an important agenda item in the US presidential election race.[12] Also for the UK, which reassessed its foreign policy after Brexit and declared its goal of restoring its navy as 'Europe's foremost naval power',[13] AUKUS and the cooperation within the scope of the Indo-Pacific strategy of the US has become important. After the AUKUS announcement, China's application to join the free trade agreement within the framework of the “Comprehensive and Progressive Agreement for Trans-Pacific Partnership” (CPTPP) also shows that the developments in the region will be on the agenda in the coming period.

[11] “The EU strategy for cooperation in the Indo-Pacific”, European Commission, September 16, 2021, https://eeas.europa.eu/sites/default/files/jointcommunication_2021_24_1_en.pdf