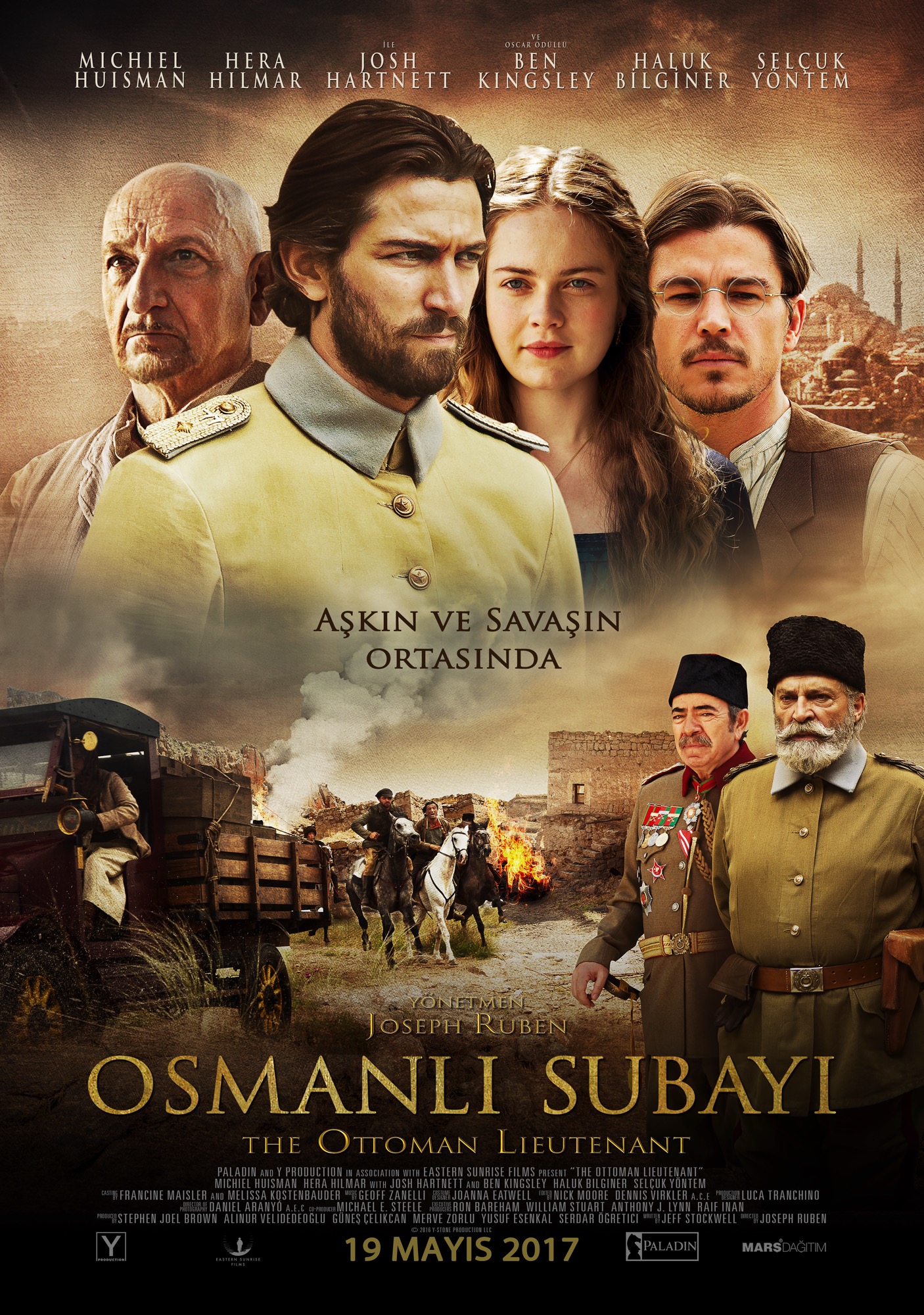 It will be remembered that we made a preliminary introduction about the Hollywood-made movie, The Ottoman Lieutenant, which has reached a large audience. This time the movie a be watched on digital satellite televisions until March 2019.

Before the movie came to theatres, AVİM had made studies evaluating the news and comments about the film.It is necessary to draw attention to some important points about the movie to which many assumptions were made long before it came out. This film is not a propaganda film. Despite the fact that there are no items containing propaganda, attempts have been made to reduce the influence of the movie buy claiming that it was shot for this purpose. Therefore, the movie has been discussed a lot before it came to the theatres. During the period the movie was coming out in the US, the Armenian National Committee of America (ANCA) had sent letters with threats.[1]The insults against the producers and actors, the swastika sent to the movie’s American producer Stephen Joel Brown, shows that the racist so-called genocide defender Armenians’ attitudes are unfriendly and devoid of dialogue.[2]

The Ottoman Lieutenant is a film which is balanced and based on the historical facts and on the mutual massacre thesis. It is also observed in the movie that documents regarding the existence of mutual conflicts in history have been taken into consideration. In addition to this, the view that the Armenian armed groups in Anatolia cooperated with the Russians, which is another point known in history, is included in the movie.

We should briefly talk about the film "The Promise", which reflects the racist, hateful Armenian rhetoric brought against The Ottoman Lieutenant. There are also some articles on the release anniversary of "The Promise" on April 21, 2017. The Armenians assert that their own claims should be expressed by US President Donald Trump on April 24th. There are lots of articles which have been written about this topic especially before April 24, 2018. One of these articles which is entitled[3] "Trump Could Tell the Truth About Armenian Genocide."[4]These articles have been written not only to over-exaggerate a movie that has not been successful in the box-office, but also to sustain the so-called genocide claims to pressure the US President Donald Trump. The articles that were written about an unsuccessful movie and aimed to make President Trump acknowledge the allegations, beyond calling the 1915 events "Meds Yeghern", were not successful at all.

[3]“How Trump Could Tell The Truth About Armenian Genocide”, cnn.com, https://edition.cnn.com/2018/04/23/opinions/trump-could-tell-truth-about-armenian-genocide-chemali/index.html