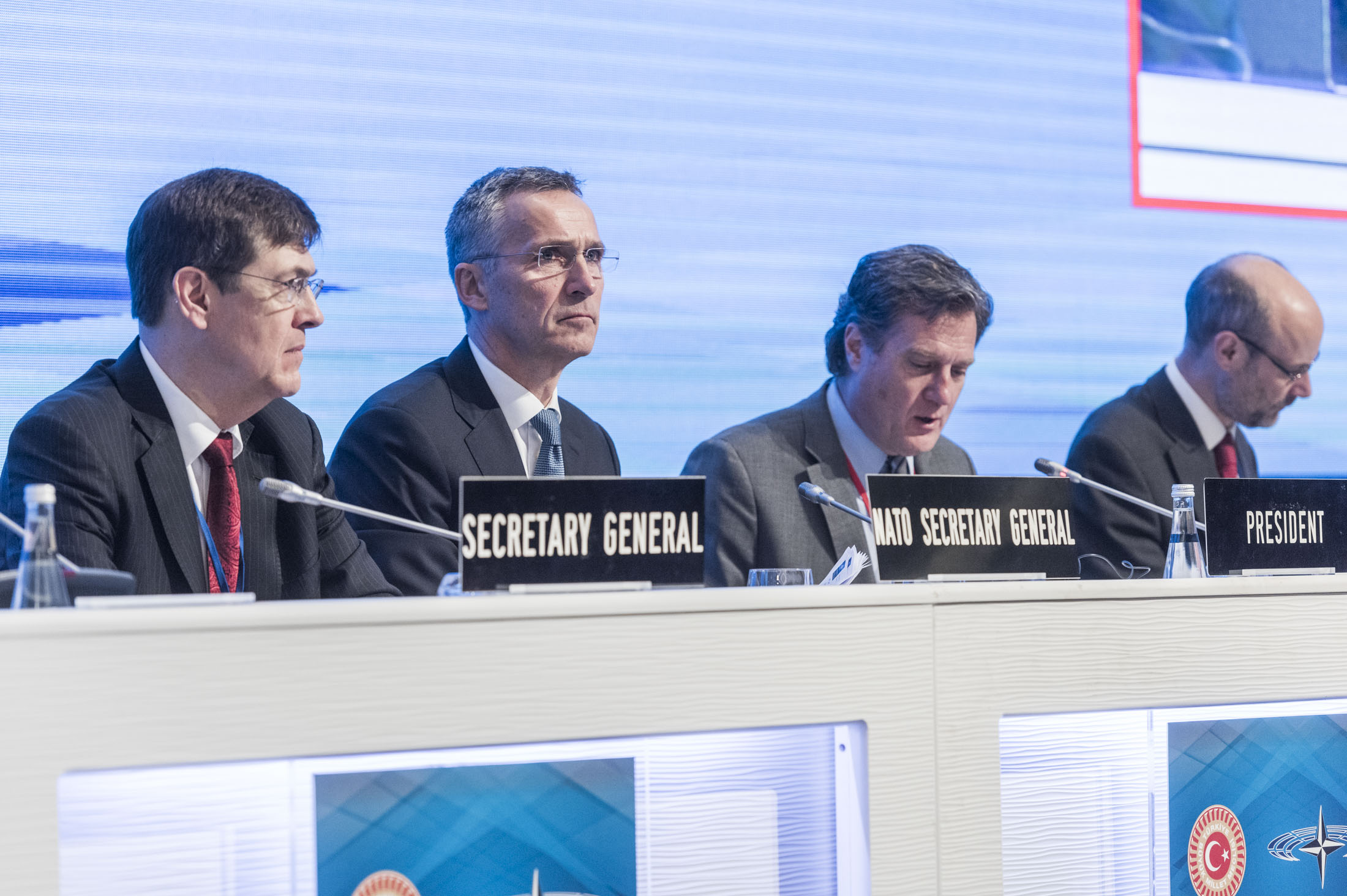 Armenia has been a partner for North Atlantic Treaty Organization (NATO) since 1992 within the framework of NATO’s Euro-Atlantic Partnership Council (EAPC). Within this framework, and in line with its Individual Partnership Action Plan for its relations with NATO, Armenia has a permeant mission to NATO in Brussels and has institutional ties with NATO via Armenia’s national assembly, the office of the president etc. At the same time, however, Armenia is a member of CSTO (Collective Security Treaty Organization), which is an organization that was established on the leadership of Russia specifically to counteract what Russia sees as the military threat emanating from NATO.

Other members of the CSTO (including Russia) are also partners with NATO, but it is only Armenia that is able to carry out a foreign policy involving collaboration with Western countries (including in military cooperation) while having become extremely absorbed into the economic and military sphere of Russia. Armenia’s transportation and energy infrastructure is dominated by Russia, its air defense is for all intents and purposes controlled by Russia, its borders with Turkey are guarded by Russian soldiers, and it hosts one of Russia’s largest military bases. Most recently, Armenia has become the only foreign recipient of Russia’s highly destructive and advanced Iskander missile system[1] (albeit with reduced capacity in comparison to the system Russia possesses[2]). At this point, Armenia is heading towards becoming a satellite state for Russia. Furthermore, Armenia has an overtly antagonistic approach to NATO-member Turkey and NATO-partner Azerbaijan and refuses to withdraw from its occupation of Azerbaijan’s territory, thereby intensifying the instability in the South Caucasus.

Despite this reality, NATO chooses not revise its partnership with Armenia, claiming that Armenia’s simultaneous close cooperation with NATO and CSTO is to the benefit of NATO and that its cooperation with Russia is not a detriment to NATO’s interests.[3] For Armenia, however, NATO is for the most part a tool it uses in a vain effort to counteract its over-dependence on Russia. With this in mind, Armenia’s continued involvement with NATO and its institutions should be put to scrutiny.

Armenia’s conduct in the 62nd annual session of the NATO Parliamentary Assembly held in İstanbul recently highlights Armenia’s questionable role in and abusive relationship with NATO. In the meetings that took place during the 62nd session, in a show of mockery towards the seriousness of the NATO Parliamentary Assembly, MP from Armenia Koryun Nahapetyan (Chair of the National Assembly of Armenia’s Standing Committee on Defense, National Security and Internal Affairs, and Head of Armenia’s Delegation to NATO) asked several frivolous questions and made baseless accusations directed at Turkish officials and NATO’s Secretary General.

In his questions and comments addressed towards Turkish Minister of Foreign Affairs Mevlüt Çavuşoğlu, Turkish Minister of Science, Industry, and Technology Faruk Özlü, and Turkish Chief of Staff Hulusi Akar, Nahapetyan mentioned Armenians’ genocide narrative about the 1915 events and alleged that Turkey was aiding DEASH (ISIS).[4] His statements (as a representative of Armenia for NATO) were irrelevant and non-pertinent with the concerns of an international military alliance such as NATO. It is also irrational to accuse Turkey of aiding DEASH when DEASH has carried out multiple terror attacks within Turkey, issues frequent threats against Turkey, and when Turkey is actively carrying out police and military operations against numerous DEASH targets in Turkey, Iraq, and Syria.

Nahapetyan also directed a frivolous question at NATO Secretary General Jens Stoltenberg about “whether Armenia's blockade by Turkey hinders its entrance to EU”.[5] What the closed border between Turkey and Armenia (which Armenia interprets as a blockade) and Turkey’s membership bid in the EU have to with NATO is anybody’s guess. Stoltenberg diplomatically dismissed the question by indicating that the closed border is a bilateral issue between Turkey and Armenia and that his comments on this issue were not necessary. A more realistic reply on part of the Secretary General would have been reminding the MP from Armenia that Armenia has no say on the security of its border with Turkey, which, as indicated earlier, is totally guarded by the Russian military.

It is clear from the interventions made on behalf of Armenia that there have been conscious efforts to drive a wedge to the solidarity of NATO members and partners. Armenia intended to use this NATO forum as a venue through which it could propagate its propaganda that did not have anything to do with NATO’s agenda. The NATO Parliamentary Assembly is intended to be a bridge between NATO and its members’ and partners’ parliaments and to exchange ideas about security issues facing NATO. This latest episode raises yet again the question of how long NATO will continue to turn a blind eye to Armenia’s abuse of NATO and its various forums in this manner.