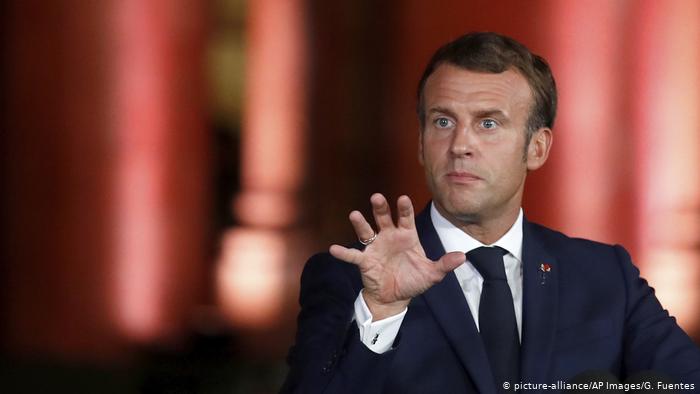 Several weeks ago, French President Emmanuel Macron’s statements regarding the country’s citizens having the freedom to use expressions that can be perceived as insulting religion within the scope of French law and this right being protected were published in the press[1]. Macron made this statement shortly before the case in which the people accused of aiding the attackers of the French humor magazine Charlie Hebdo would be tried.

However, there are legal barriers against this in many European countries[2]. In countries where it is forbidden to insult religion and religious symbols, such actions result in penal sanctioning. There is no such law in France, but its absence should not signify a limitless right to direct insults at people’s sensitivities. In this period in which Turkophobia and Islamophobia are on the rise, Macron’s statements do not comply with the values of the European Union (EU) whose leader he aspires to be.

Another news report that is on the same line as Macron’s statements is regarding the Danish far-right Hard Line Party (Stram Kurs) Leader Rasmus Paludan, whose entrance into Sweden was forbidden two years ago. Paludan had applied for Danish citizenship in order to burn the Kuran in Sweden,[3] however, his application had been rejected. Upon this rejection, Paludan’s supporters carried out this burning act despite not having received the necessary authorization[4]. There is another point that should be kept in mind as attacks on Islam and Turkishness are continuing in Europe: The European Court of Human Rights (ECHR) has a legal precedent for subjects regarding insult to religion. In this context, a speaker at a seminar in Austria in 2009 titled “Basic Tenets of Islam” was fined for 480 Euros by a domestic court in 2011 due to his derogatory remarks towards the Prophet Muhammad. The speaker appealed; however, the appeals court did not accept the objection. Being discontent with this, this time the speaker applied to the ECHR. The ECHR passed a verdict by unanimous vote that the statements in question did not fall within freedom of expression. The ECHR considered that such statements went beyond the permissible limits of an “objective debate” and constituted a derogatory attack against Prophet Muhammed of Islam[5] that could stir up prejudice and threaten freedom of religion in Austria[6]. In 2005, the ECHR’s “Freedom of speech does not include insulting the religion of Islam. Such an insult would harm the freedom of religion and conscience of Muslims” evaluation regarding Prophet Muhammad constitutes another illuminating response to those who consider insulting religion the same as freedom of speech/expression[7].

French President Macron, who speaks of freedom of expression, harshly criticized Le Figaro newspaper reporter Georges Malbrunot for reporting his meeting with Hezbollah’s parliamentary group leader Muhammed Raad during his visit to Lebanon. Thus, it is seen how Macron’s definition of freedom of expression can lead to problematic results when put into practice. In the news report that Macron criticized, it was stated that the aforenamed expressed that they wished to work with Raad but asked whether he could prove that he is Lebanese, that he must leave Syria and Yemen and that he must make efforts to establish a state in Lebanon[8].

French President Emmanuel Macron must dwell on the meaning of “freedom” before using the concept of freedom of expression. A politician who aspires to EU leadership, which embraces the principles represented by the ECHR, should have a command of the ECHR legal precedents. The silence of the leaders of other members of the EU, which states at every opportunity that it is based upon the rudiments of tolerance and freedom of religion, towards the expression of freedom to insult religion can be evaluated as another contradiction that is encountered very often in the EU acquis.

**This is the English translation of a Turkish language article that was published in 10 September 2020: https://www.avim.org.tr/tr/Yorum/MACRON-UN-IFADE-OZGURLUGU-ANLAYISI-HERKESIN-IFADE-OZGURLUGU-VAR-AMA-BAZILARININ-DAHA-FAZLA-VAR

[5] “The court considered that the applicant’s statements were not statements of fact, but derogatory value judgments which exceeded the permissible limits. It held that the applicant had not intended to approach the topic in an objective manner, but had directly aimed to degrade Muhammad.”, Case of E.S. v. Austria, Final: 18/03/2019, https://hudoc.echr.coe.int/fre#{"itemid":["001-187188"]}