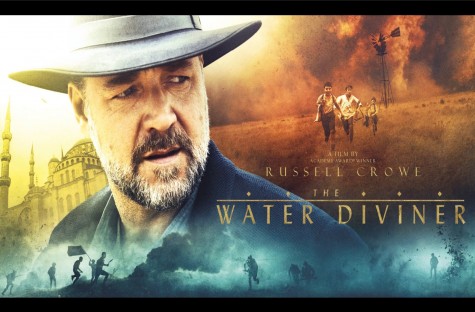 “The Water Diviner”, a film which was directed by the New Zealander Russell Crowe, narrates the Battle of Çanakkale in 1915 in a cinematographically successful manner. Besides directing the film, Russell Crowe is seen as the leading role along with the supporting roles of Yılmaz Erdoğan and Cem Yılmaz. The film was first released on December 26, 2014.

The film narrates the story of the Australian farmer Connor’s attempts to find out his sons’ fate who had been sent to Battle of Çanakkale, to Gallipoli peninsula as Anzac soldiers.

"Those heroes that shed their blood and lost their lives … you are now lying in the soil of a friendly country. Therefore rest in peace. There is no difference between the Johnnies and the Mehmets to us where they lie side by side in this country of ours. You, the mothers, who sent their sons from far away countries, wipe away your tears. Your sons are now lying in our bosom and are in peace. After having lost their lives on this land they have become our sons as well."

"The warmth of your words eased our sorrow for our sons who vanished in Gallipoli, and our tears ended. Your words are a consolation to me as a mother. Now we are sure that our sons rest in peace in their eternal rest. If your Excellency accepts, we would like to call you ‘Ata’, too. Because what you have said at the graves of our sons could only be said by their own fathers. In the name of all mothers, our respects to the Great Ata who embraced our children with the love of a father."

In some of the articles which were released about “The Water Diviner”, the costumes that were used in the film were criticize for being not realistic. It should not be forgotten that the campaign was conducted in a time of scarcity and difficult conditions of life; still the soldiers had tried dress as neat as possible. However, the film was rewarded with the Best Costume Design by Australian Film Institute and emphasized that the Greek soldiers’ costumes used in the film were historically accurate. Information is available about the clothing of the period in the related historical sources.

As a New Zealander, Russell Crowe has, from the perspective of Turks –and New Zealanders and Australians as well-, directly, literally and appropriately narrated to the viewer that the struggle on Turkish land had been a holy one and was done in striking conditions. From this same perspective, he has also narrated for what kind of future people were martyred. Therefore, this film is not only important in terms of a foreigner’s positive portrayal of Turkish people, but it is also an important documentary contribution as a product of visual art. It is noteworthy that the film does not touch upon the Armenian question, while drawing a realistic image for Turkey in 2015.

The film carries great importance Turkey in 2015. It is crucial for Turkey considering the victory of Çanakkale and considering the importance attributed by Armenians to this year. It should be appreciated that the film was shot in a way that puts forward, from a foreigner’s point of view, a clear portrayal of Turkish identity without resorting to distortions.

“The Water Diviner” carries no traits that can contribute to the centennial activities derived from Armenian allegations. It instead constitutes a realistic and historically significant contribution for a historically accurate just memory that reflects the conditions and life-or-death struggle of the Turkish people and the Ottoman State, and allows the placement of the Armenian rebellions on the Russian front in a proper context.

The following release dates are: