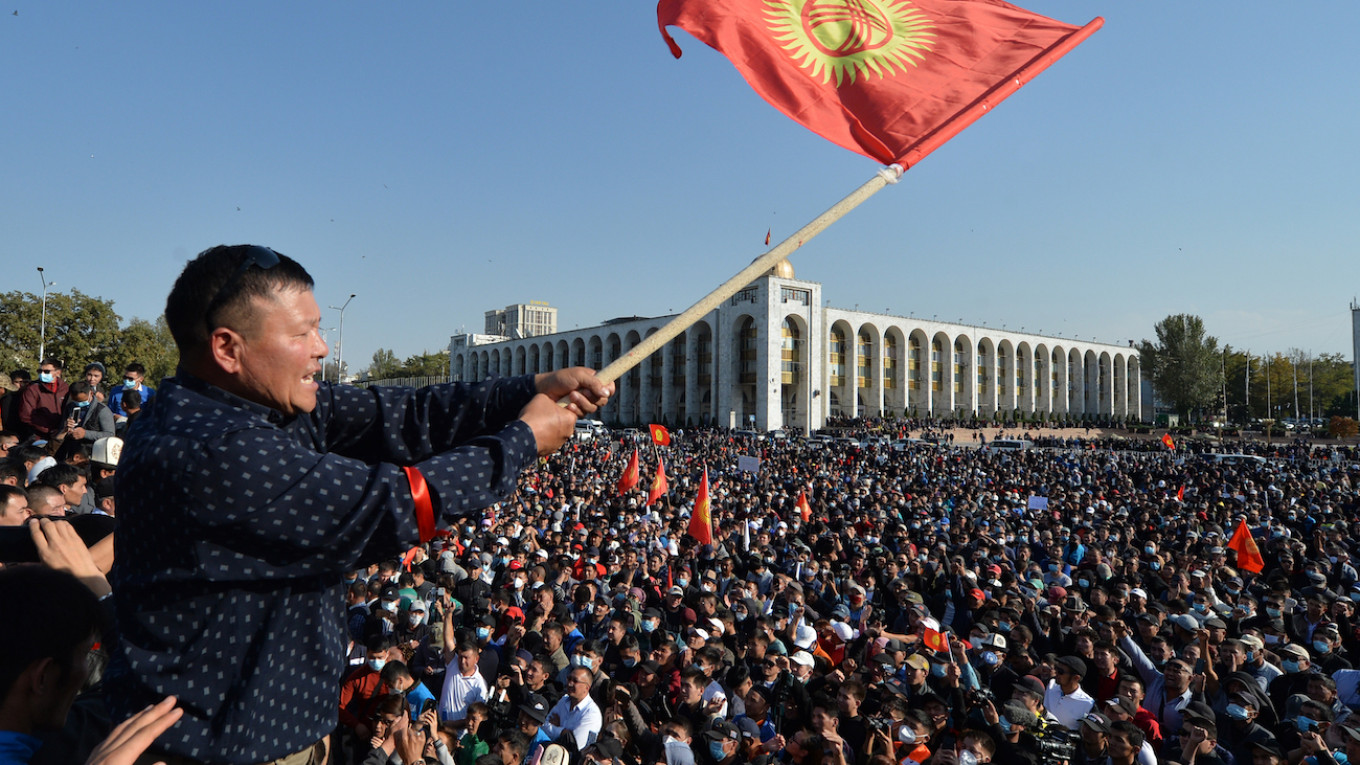 In the elections held in Kyrgyzstan on Sunday, 4 October, 4 out of 17 parties passed the election threshold of 7% and qualified to take part in the parliament. In the election results, Birimdik (Unity) Party led by Marat Amankulov, which includes President Sooronbai Jeenbekov's brother Asilbek Ceenbekov among its candidates, ranked first, and Mekenim Kyrgyzstan (Homeland Kyrgyzstan) Party led by former deputy head of the State Customs Service Raim Matraimov ranked second. The Social-Democratic Party of Kyrgyzstan, which includes Kadyr Atambayev, the son of the detained former President Almazbek Atambayev, could not pass the 7% threshold. 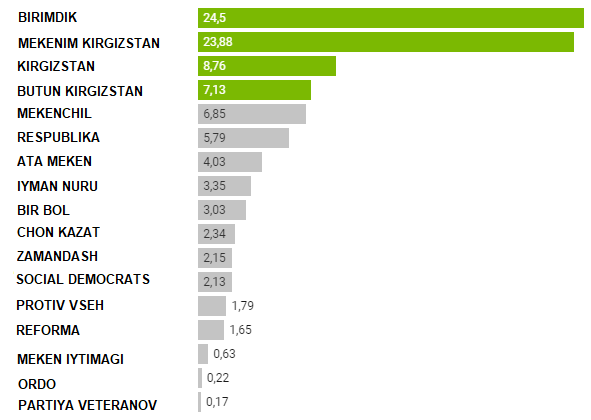 Many complaints of irregularities made on election day overshadowed the voting. In the videos published on social media and news, people with voter lists were seen in front of the election centers, allegations were made that the parties paid people in return for their vote, and people who photographed the ballot papers were shown.[1]

Both the rumors that Matraimov influenced President Jeenbekov and the fact that Birimdik Party, which Jeenbekov's brother and some of his closest allies are members of, came first in the elections strengthened the claims of fraud through the use of state resources. Opposition parties said they did not accept the election result, and the allegations caused the public to take to the streets.

Matraimov has been accused of violating the electoral law, intimidating dissidents, and buying votes. Matraimov, known as Raim-million due to the suspicions surrounding the way he acquired his wealth, was recently alleged to have links with a smuggling and money laundering network. Kyrgyzstan has long been struggling with bribery and corruption in many of its institutions. Matraimov was alleged to be a collaborator in the export of Chinese goods to Russia and Kazakhstan by falsely labeling them as Kyrgyz goods through counterfeit customs clearance, and Radio Azattyk published a report on the issue in 2019, which became an issue of public interest in Kyrgyzstan.[2] Airken Saimaiti, one of the key figures said to have a relationship with Matraimov in the relevant investigation, was killed in an armed attack in Istanbul in November 2019.

The incidents that started with the protests in Ala Too Square, which escalated to the point where the parliament and presidency offices were stormed, are being described as a semi-coup by some authors. Former president Almazbek Atambaev and former prime minister of Kyrgyzstan Sapar Isakov, who were arrested earlier this year on corruption charges, were released from prison during the incidents by a raid carried out by their supporters.

The Central Election Commission announced on October 6 that the election results were canceled.[3] Prime Minister Kutatbek Boronov and Parliament Speaker Datan Jumabekov handed in their resignation in the aftermath of this announcement.

A 51-member group of MPs, receiving a power of attorney from other deputies, elected Sadir Japarov as prime minister with 62 votes. It should be noted that Japarov was serving a sentence of 11 and a half years in prison for having organized the abduction of a regional governor in 2013.[4] However, Japarov was released from prison by his supporters during the riots on 6 October. After his election as prime minister, it was observed that there were violent incidents between Japarov's supporters and those supporting former president Almazbek Atambaev and Omurbek Babanov, another prime minister candidate.

A state of emergency was declared with the decision of President Sooronbay Jeenbekov, and a curfew was imposed by restricting entry and exit to the capital within the scope of the state of emergency that was decided to be implemented between October 9-21. Atambayev was arrested again on 10 October for the crime of organizing an uprising. It has been announced that new elections will be held in Kyrgyzstan until 6 November.

There have been 2 revolutions in Kyrgyzstan in the last 15 years (the Tulip revolution in 2005 and the 2010 revolution). The first President of Kyrgyzstan after independence from the Soviet Union, Askar Akayev, remained in office until the Tulip Revolution in 2005, and the successor Kurmanbek Bakiev government was overthrown in 2010. President Atambayev was in office between 2011-2017, during which time the country transitioned from semi-presidential system to parliamentary system. There were protests with the allegation that this constitutional change was made to open the way for Atambayev to become prime minister. In 2017, when the leadership in Kyrgyzstan changed hands democratically for the first time, Sooronbay Jeenbekov, a former friend of Atambayev and a member of the Social Democratic Party (SDPK), became the new president. However, Jeenbekov later fell out with Atambayev, and Atambayev was subsequently investigated for corruption and was arrested.

Despite being a member of the Shanghai Cooperation Organization and receiving support from Russia and China, in Kyrgyzstan, which is reported as one of the poorest countries in Asia, people are disgruntled due to corruption, the plundering of public funds, and the worsening of the economy due to COVID-19 pandemic. Such reasons and the ongoing power struggles has meant the continuation of the unstable situation in Kyrgyzstan. In the post-Soviet states, the problems of the democratic power transition continue to manifest themselves.

*This is the English translation of a Turkish language article that was published on 12 October 2020.