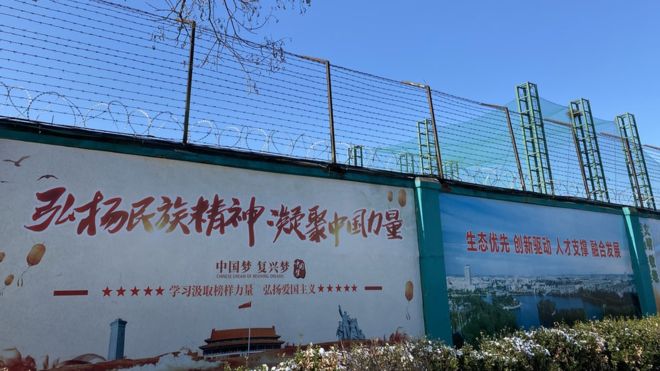 The report[1] prepared by the think-tank Australian Strategic Policy Institute (ASPI) claims that Uyghurs and other minorities in the Xinjiang Uyghur Autonomous Region are being subjected to forced labour. As presented by the report, the factories in which more than 80,000 people have been forced to work between 2017-2019 are in the supply chain of firms producing well-known brands, including ones that are Western.

It had been reported for some time now that the Uyghurs and other minorities in China were being forced to work in “re-education camps” and that the products produced in these camps were exported.[2] This report of ASPI reveals the supply chain of forced labour in technology, textile, consumer goods, automotive and other sectors. According to the report, cases of forced labour take place within the scope of the abuse of the state-sponsored “labour transfer program” or during and after the “education” of minorities in the “re- education” camps.

The examples presented in the report fall into International Labour Organization’s definition of forced or compulsory labour. In these examples, it is stated that individuals are subjected to intimidation and threats such as the threat of arbitrary detention. According to the report; there is military-style management in the factories, workers are monitored by security personnel and digital surveillance tools, factory buildings are fenced, freedom of movement is restricted, and compulsory Mandarin lessons and political indoctrination sessions take place after-work hours.

The Chinese state media claim that participation in the state-sponsored labour transfer program is voluntary and that the program is aimed at combating surplus labour and poverty. Workers are being transferred from the Xinjiang Uygur Autonomous Region to the developed eastern regions of China, and officials state that the program also aims to promote inter-ethnic fusion.  The report states that not all transfers are confirmed to be forced, but that Uyghurs' refusal of these transfers is "extremely difficult" with the threat of "arbitrary arrest", and some cases show signs of "highly disturbing coercive labour practices". According to interviews with the victims, workers are paid well below the minimum wage. The transfers of Uyghur workers are carried out by special reserved trains. Workers work under the intensive surveillance of factory managers and officials.

The report shows that the officials and private brokers are paid cash inducement for each worker transferred for labour assignments. The following is a labour-hire advertisement of a private broker:

“The advantages of using Xinjiang labour are: semi-military style management; can withstand hardship; no loss of personnel…Minimum order 100 workers! Factories can apply for current Xinjiang police to be stationed 24-hours a day… in the factory…”

Vicky Xiuzhong Xu, the main author of the report states; “The goal of these labor transfers are political,” and “[they are] primarily aimed at stripping [Uyghurs] of their unique culture and identity.” It is also stated in the report that workers are obliged to attend Mandarin classes and political indoctrination sessions after working hours.

The most striking example of forced labour is that minorities are forced to work as part of their “re- education”. Since 2017, more than 1 million Uyghurs and other minorities in the Xinjiang Uyghur Autonomous Region have been detained in re-education camps without trial.  Authorities initially stated that this practice was aimed at teaching languages and vocational courses ​​, but they later claimed that it was aimed to combat religious extremism. Minorities in Tibet and Falun Gong followers have also been detained in the scope of re-education. Officials assert that travelling to the countries like Turkey and Kazakhstan -where the majority of population is Muslim- or installing Whatsapp application in their phones as reasons that could lead Uyghur and other Muslim minorities to extremism. According to them this proves the necessity of “re-education” of minorities in order to ensure their loyalty to the Communist Party of China.  As discussed in the report, detainees who "graduate" from "re-education" camps are sent to work in factories in different parts of China.

The companies that are judged to benefit directly or indirectly from the forced employment of Uyghur workers are as follows:

Lastly, the report calls upon the Chinese government, foreign governments, consumers and non-governmental organizations to carry out robust and independent supervision of social and human rights practices in the work places of the above-listed companies throughout China.