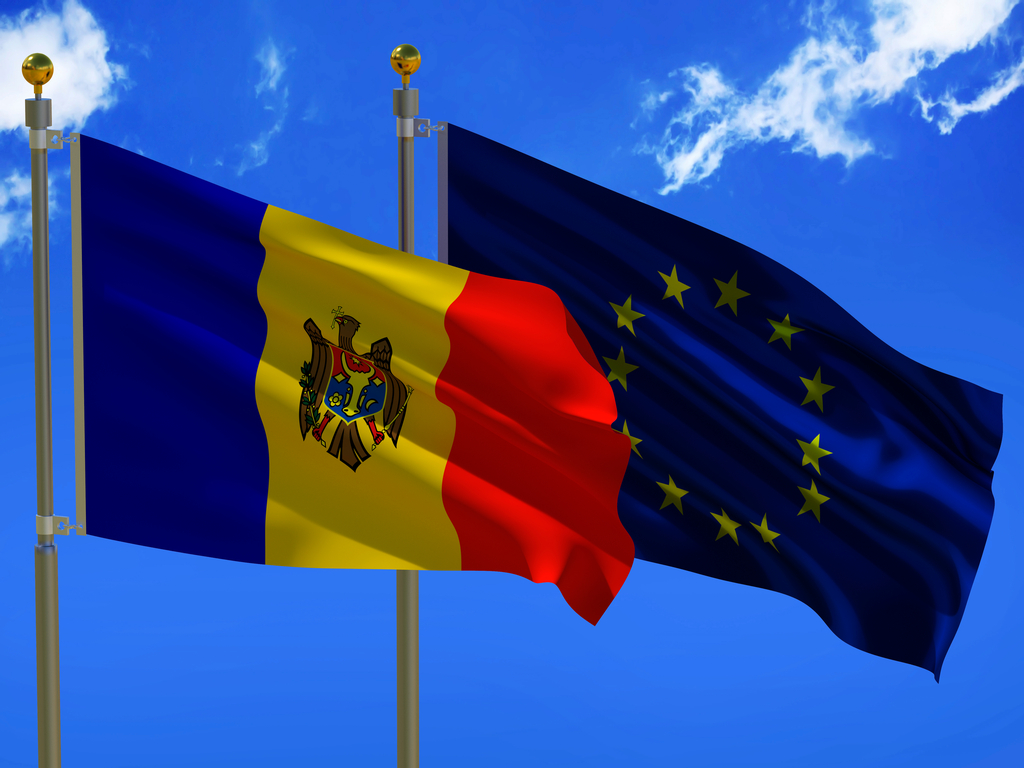 The Moldovan government under the prime ministry of Ion Chicu, who took office in November 2019, faces criticism that it has not made progress in EU reforms. However, last week, a step was taken in Moldova and legislation was adopted on prohibiting non-governmental organizations from providing financial support to candidates in elections and on transparency of financing of these organizations. Thus, while her already weak economy was shaken by COVID-19, Moldova fulfilled a prerequisite for receiving financial support from the European Union.

Moldova became a member of the Eastern Partnership of the European Union in 2014. In addition, Moldova, which signed the Deep and Comprehensive Free Trade Area agreement with the EU in 2016, has been exempted from customs duties in some sectors in trade with Europe. Apart from the fact that economic integration policies of the EU with its eastern neighbors aim to ensure the security of the union, these economic integration policies are also considered as part of the EU enlargement policy and include ensuring the compliance of the countries in the partnership with the EU norms.

However, it is seen that in the atmosphere of political instability in Moldova, European Union reforms have been disrupted and the country has preferred close relations with Russia. Last year was a turbulent year for the domestic politics of Moldova, which is at the crossroads between the EU and Russia. In 2019, three changes of government took place in the country. As a result of the February 2019 elections, a fragile coalition was established between the pro-European ACUM block and the Socialist Party (PSRM), which prefers closer ties with Russia. Thus, an alliance against the Democratic Party -the old ruling party- was formed. On June 8, Maia Sandu from the pro-European ACUM bloc was elected prime minister, but a crisis occurred in the interpretation of the constitution, and the Constitutional Court demanded from the President to terminate the parliament on the grounds that the establishment of the government took place 3 months after the elections. This situation caused a number of crises in the country.

Ultimately, the PSRM and Democratic Party united their forces against the leadership of Maia Sandu. After the termination of the cabinet under the leadership of Sandu due to lack of confidence in parliament, in November 2019, PSRM established a minority government under the prime ministry of Ion Chicu, who was former finance minister and previously served as adviser to President Igor Dodon.

Against the criticism of the PSRM government that Moldova is moving away from the EU way, Ion Chicu defined himself and his government as technocratic and stated that “efforts to strengthen Moldova's cooperation with both Western and Eastern partners will continue”.[1] However, President Dodon, the former leader of PSRM and who has been the president of Moldova since 2016, stated: “In the next 10 to 15 years we will not become members of the EU. Even if part of our population -meaning young people- want immediately to become members of the EU this will not happen. So we need to be pragmatic.”[2]

Since its independence from the Soviet Union, the issue of identity along with economic problems remains on the political agenda in Moldova. More than a million of Moldova's citizens -which is the poorest country in Europe, with a population of about 3.5 million[3]- works abroad, in Russia and Western countries.[4] Its citizens' reactions to unemployment and the nostalgic aspirations to the country's old stable days of the Soviet era appear as a factor in the fact that some of the citizens in Moldova are against the European Union and prefer closer relations with Russia.

In addition, Moldova's Transnistria Region, political status of which is still unresolved, emerges as a problem area on the way of towards EU integration. After the Soviet Union collapsed, in the war that took place between 1991 and 1992, the region called Transnistria -which lays between the east of the Dniester river in Moldova and the border with Ukraine- declared its secession from Moldova and de facto independence. Transnistria, which has a separate currency, flag, and passport from Moldova, is not recognized by any country, including Russia. However, from the 1992 ceasefire agreement onwards, military troops of Russia have been serving as peacekeepers in Transnistria. Although Moldovan President Dodon states that Russia's forces in the region are for the security of the stockpiles left from the Soviet times[5], this issue is a trump card in Russia's hands against Moldova's integration with the West. Indeed, after the annexation of Crimea by Russia in March 2014, the head of the Transnistria parliament stated that they wanted to join the Russian Federation.[6] Transnistria, which is currently defined as a "frozen conflict zone", can be used to direct the foreign policy of Moldova on the EU way to take Russia into account.

The Autonomous Territorial Unit of Gagauzia is also one of the trump cards of Russia against Moldova's EU integration. After the dissolution of the Soviet Union, Gagauzia declared its independence as a reaction to the possibility of the unification of Moldova and Romania -two countries speaking the same language (Romanian). However, unlike Transnistria, a peaceful way was followed with the help of the initiative by the Republic of Turkey, and the Moldovan parliament accepted the autonomy status of Gagauzia in 1994.

A referendum held in Gagauzia in 2014 shows that Russia benefits from Gagauzia's reaction against a possible unification of Romania and Moldova. In the referendum, Moldova's EU integration and the state of participation in the Eurasian Customs Union, and whether Gagauzia will be independent from Moldova in a possible unification of Moldova and Romania were put to vote. In the referendum, while the Gagauz people opposed Moldova's EU integration with 97%, they supported Moldova's participation in the Eurasian Customs Union which Russia is the founder of.[7] Moldova rejected this referendum on the grounds that it violated the constitution. Also, it is seen that the dominance of the Russian language in education and the importance of Gagauzia's commercial relations with Russia, especially in the export of wines[8], are influential in the fact that the people in Gagauzia are in favor of close relations with Russia for the future of the country.

It is seen that the developments in the domestic policy of Moldova, which is in the crossroads between Russia and the European Union, will play a determining role in her foreign policy. The fact that several deputies quit the coalition to join the other parties also brought up the possibility that the Chicu government could collapse. It is also noteworthy that the name of Maia Sandu from the pro-European bloc is being mentioned as a rival against Igor Dodon in the presidential elections that will take place in November 2020.

It is seen that the influence of Russia and the problematic areas we have mentioned above hinder EU’s enlargement with Moldova. The government's aim to balance the Russian influence and the sincerity of its commitment to intensify relations with the EU depend on the reforms that it will implement. In line with the principles of transparency and the rule of law, concrete steps are expected from Moldova at this point.

[2] “Moldova at a Crossroads: Igor Dodon on Russia and the Future of Europe”, Euronews, February 19, 2020, https://www.euronews.com/2020/02/19/moldova-at-a-crossroads-igor-dodon-on-russia-and-the-future-of-europe

[5] “Moldova at a Crossroads: Igor Dodon on Russia and the Future of Europe.”