A MODEL THAT NEEDS TO BE DEVELOPED FOR REGIONAL COOPERATION: ECONOMIC COOPERATION ORGANIZATION
Commentary No : 2021 / 37
Gülperi GÜNGÖR
21.04.2021
6 min read 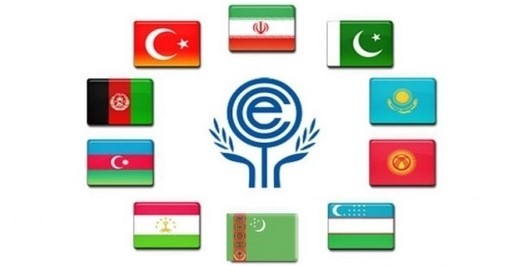 The Economic Cooperation Organization (ECO) is an international organization that was established in 1985 by Pakistan, Iran, and Turkey. The foundations of this organization are based on the Regional Cooperation for Development –an organization that was established in 1964 for economic cooperation by these three states that were members of the Central Treaty Organization (CENTO). After the collapse of the Soviet Union, the number of ECO member states increased to ten with the participation of Azerbaijan, Kazakhstan, Kyrgyzstan, Uzbekistan, Tajikistan, Turkmenistan, and Afghanistan in 1992. The headquarters of ECO is in Tehran. The highest level of representation of the member states in the organization takes place at the leaders' summit.

This year's summit took place in March, and heads of state came together via a video conference. Like all other world states, ECO member states have been seriously affected by the problems caused by the COVID-19 pandemic and the ensuing economic crisis. The damage caused by the pandemic on the economy and trade as well as in the field of health has revealed the necessity of regional and international cooperation. In line with this requirement, the 14th summit of the ECO was held in March with the theme of "Regional Economic Cooperation in the Aftermath of Covid-19".

At this meeting, Turkey took over Term Presidency of the Summit from Pakistan, and handed over to Turkmenistan the Presidency of the Council of Ministers that it has assumed for the last 1.5 years. Head of states of Afghanistan, Azerbaijan, Iran, Kazakhstan, Kyrgyzstan, Pakistan, Tajikistan, Turkmenistan and Uzbekistan, the Turkish Republic of Northern Cyprus (an ECO observer member) and, from the international organizations, the Secretary General of the Turkic Council and the Secretary General of the Energy Charter attended the summit chaired by Turkish President Recep Tayyip Erdoğan.

The member states of ECO geographically cover an area of 8 million km² and represent approximately half a billion people. However, despite their human and natural resource capacities, energy reserves and high trade potential, the mutual trade of the member countries constitutes only about 8% of their total trade. In this context, at the summit, the importance of enhancing transport links between member countries, promoting trade, simplifying border procedures, establishing intra-regional institutional linkages, reinforcing existing regional mechanisms such as the ECO Trade and Development Bank, and operationalizing the ECO Trade Agreement (ECOTA) were emphasized, and suggestions were made to develop new initiatives like the Clearing Union.[1]

At the 14th summit, it was stated that increasing intra-regional trade and ensuring the uninterrupted and regular operation of transportation corridors in the east-west and north-south direction, especially railway lines, would alleviate the negative effects of the pandemic on the economy.

In his opening speech, Pakistani President Imran Khan stated that the Istanbul-Tehran-Islamabad commercial cargo train and Uzbekistan-Afghanistan-Pakistan railway connections are important regional connection projects, and also emphasized the vital importance of linking China-Pakistan Economic Corridor with Afghanistan and beyond. Khan proposed debt relief, SDR creation and redistribution, concessional finance, mobilization of climate finance to recover from the COVID crisis and to provide fiscal space for ECO member states.  He stated that the cross-border projects already agreed between the ECO members, including the TAPI gas pipeline and CASA 1000, should be implemented and he presented the ideas of establishing an ECO Investment Agency and organizing an annual ECO Investment Fair.[2]

President Erdoğan reminded that the Economic Cooperation Organization Trade Agreement (ECOTA) has not been implemented for 17 years and emphasized that this agreement should enter into force. He stated the necessity of increasing the institutional and financial capacity of ECOBANK. He underlined that the works carried out for the resumption of the Istanbul-Tehran-Islamabad freight train services have reached the final stage and that the Trans Caspian East-West Middle Corridor Initiative will increase the interaction between the East and the West.[3]

President of Azerbaijan Ilham Aliyev stated that the Southern Gas Corridor was activated on 31 December 2020 and the 3,500-kilometer Southern Gas Corridor, which connects seven countries, is one of the largest energy infrastructure projects in the world. Stating that they connected Azerbaijan's transportation infrastructure to the Lapis Lazuli transportation corridor, Aliyev said that the new linkage corridor that will connect Azerbaijan and Turkey through Zangezur will create new opportunities. Aliyev invited ECO member states to utilize the Zangezur corridor.[4]

President of Kazakhstan Kassym-Jomart Tokayev made suggestions as well; he pointed out the need to increase the transportation of goods by Trans-Caspian railway and to use the full capacity of the Kazakhstan-Turkmenistan-Iran railway. Tokayev, who also recommended the initiation of other routes, showed the highway project that would connect Tashkent to Turkestan as an example.[5]

President of Uzbekistan Shevket Mirziyoyev stated that the dissemination of digital technologies and e-commerce would facilitate commercial relations between ECO member states. In addition, he emphasized the importance of ensuring the free movement of funds, goods, and services between member states to improve interbank relations and expand financing and suggested organizing the International Banking and Finance Forum.[6]

In the meeting, the importance of the construction of the Mazar-i Sharif-Kabul-Peshawar railway was emphasized to ensure sustainable development as well as the integration of Afghanistan into regional economic processes.[7] Participants also made suggestions for the development of tourism among ECO member countries and expressed the necessity of developing and adopting a "green economy" program in terms of food security, renewable and alternative energy sources.

Participants reached a consensus on developing activities in line with the ECO 2025 Vision. In addition, the establishment agreement of the ECO Research Center, which will operate in Baku, was signed at the summit. It was decided that the next summit of ECO will be held in Ashgabat in Turkmenistan on 28 November 2021.

[7] “Conclusions of the Turkish Chairmanship on the 14th Summit of Heads of State and Government of ECO countries”, Rep. of Turkey Ministry of Foreign Affairs, March 4, 2021, https://www.mfa.gov.tr/data/Makaleler/eit-eng.pdf