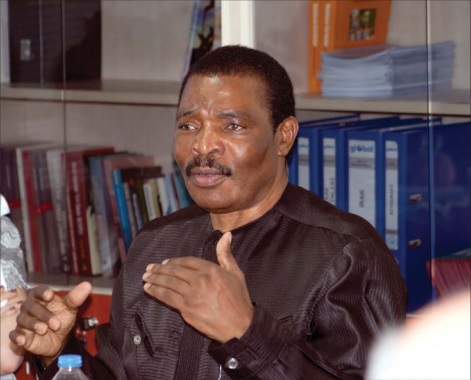 Recent statements by Pope Francis and the resolution of the German Federal Assembly on the 1915 events has once again shown that the term “genocide” is being distorted and subjective perspectives of historical facts are still dominant. However, a recent article by Professor Joseph B. Diescho titled “The Genocide Debacle in Germany and Turkey - an Objective Perspective” that appeared in the daily “New Era” published in Windhoek, Namibia, which has been shared today in AVİM Website, reveals what is wrong with the “genocide” narratives used against Turkey and its people.

Professor Joseph B. Diescho is a Namibian expert in strategic leadership, corporate relations, policy analysis, transformational issues and diversity management. He is specialized in African politics and constitutional democracy. Previously, he was one of the campaigners at the United Nations for the independence of Namibia.

Professor Diescho, on 13 May 2015 last year, delivered a lecture on the still relevant humanitarian and economic consequences of the European colonization of Africa at AVİM. Speaking of the 20th century history of Namibia and the colonization by the German Empire, he expressed his views on the mass killings by Germany against the Herero and Nama peoples in Namibia in the early 20th century. During his lecture, he also touched upon the Armenian genocide allegations, revealing the flaws of this narrative and the distortion of history. Diescho’s words also constituted a strong answer to the one-sided statements last year by several prominent figures such as Pope Francis and German President Joachim Gauck.

At a time where the term “genocide” has become a hot topic again, the above-mentioned recent article by Prof. Diesc makes an objective analysis on the debates on “genocide”, which is lacking especially in the Western as well as Armenian media. In his article, putting forth historical and legal facts, Prof. Diescho once again shows the distortion of history and the abuse of the term “genocide”, which is a very specific crime with a very specific definition.

As Prof. Diescho states in his article, “objectivity is necessary to guide current and future experiences of genocide so that its meaning remains universal, and so that judgments around it are not subject to opportunism and arbitrary sentiments at a given time.” Prof. Diescho also points out that it is necessary to focus on the facts rather than what is convenient. We hope that this call from Namibia will help the Pope, as well as the politicians of Germany, to come to their senses.

*For the article by Professor Joseph B. Diescho titled “The Genocide Debacle in Germany and Turkey - an Objective Perspective”, see: http://avim.org.tr/Blog/THE-GENOCIDE-DEBACLE-in-GERMANY-AND-TURKEY-AN-OBJECTIVE-PERSPECTIVE-NEW-ERA-Namibia-24-06-2016

*For the transcripts of the lecture given by Professor Joseph B. Diescho at AVİM on 13 May 2015, see: http://avim.org.tr/images/uploads/Rapor/toplanti-16-ing.pdf