FRANCE IS ACCUSED OF DIVERTING ATTENTION FROM ITS ROLE IN THE GENOCIDE COMMITTED IN RWANDA
Commentary No : 2016 / 67
Ali Murat TAŞKENT
12.12.2016
7 min read 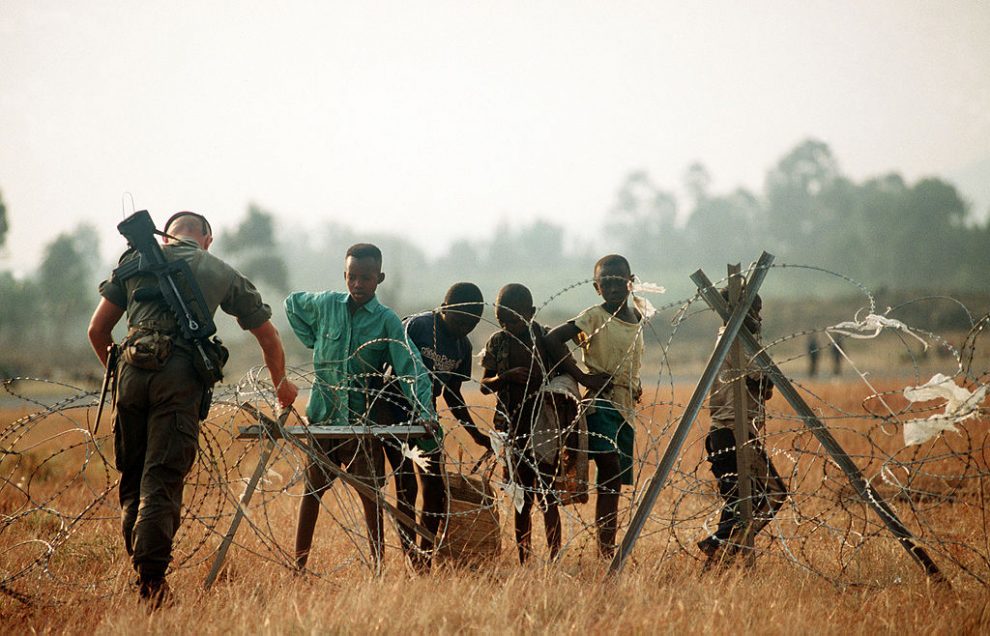 Following the recent apology of the Catholic Church for its role in the genocide in Rwanda,[1] France has also come into the spotlight after news about Rwandan authorities’ decision to launch a criminal inquiry of several senior French officials for their alleged role in the 1994 genocide. This move is considered to deepen already strained relations of Rwanda with France.

On 30 November, it was announced by Prosecutor-General of Rwanda Richard Muhumuza that Rwanda has launched an inquiry into the possible role of 20 French military and other officials in the 1994 genocide. They are required by the prosecution authority to explain or provide clarity on allegations against them. It was also stated that depending on the outcome of their investigations, other French government officials might be required to come forth besides the 20 French officials, and that the relevant French Government agencies and authorities was also expected to perform reciprocal judicial cooperation throughout this inquiry.[2] One month ago, Rwanda’s Commission for the Fight against the Genocide (CNLG) released a list of 22 former and serving French army officials that Kigali claims have played a role in the 1994 genocide against Tutsi[3] (similarly, in 2008, Rwanda  had named 33 senior French military and political figures that it said should be prosecuted).[4]

The announcement on the inquiry of 20 French officials came after (and perhaps in response to) France’s reopening of investigations in early October into the 1994 assassination of the Rwandan president that triggered the Rwandan genocide.[5]

As it is known, on 6 April 1994, an airplane carrying Rwandan president Juvénal Habyarimana and Burundian president Cyprien Ntaryamira (both Hutus) was shot down by a rocket attack. Since then there have been many disputes with regard to the responsibility of the attack. The Rwandan government states that the attack was carried out by Hutu extremists who tried prevent the then Rwandan president Habyarimana from signing a peace agreement with the Rwandan Patriotic Front (RPF), the Tutsi rebel group that was led by current President Kagame and fought with the Hutu dominated government of President Habyarimana and government-aligned Hutu militias during the Rwandan Civil War between 1990 and 1994. Yet, there is also an opposing view that was put forth by Hutu militias that claims that the assassination was carried out by the RPF on the orders of Kagame.

The latest French investigation has been reopened due to a deposition from former close aide of Rwandan President Paul Kagame accussing him of being linked to the shooting down of the plane.  The original probe by France was initiated in 1998 following a complaint from the families of the French crew members who died when the plane was shot down. The inquiry reached several dead ends due to problems evaluating evidence and summoning suspects. In 2006, a French judge issued arrest warrants for nine high-ranking Rwandan officials close to Kagame on suspicion of plotting Habyarimana’s assassination (Kagame was not indicted because of his immunity as a head of state).[6] This led Rwanda to break diplomatic relations, which was later restored in 2009 (the arrest warrants were dropped by France in 2010).[7]

On October 10,  Rwandan President Paul Kagame criticized France after French investigators reopened an investigation into the 1994 assassination of the Rwandan president. It was reported that Kagame said that the judicial system of Rwanda was not subordinate to France or France's interests and that "it should be France in the dock being tried, not anybody in Rwanda and not Rwandans."[8]

As suggested by President Kagame, there is a common belief among many Rwandans that France played a role and participated in the Rwandan Genocide of 1994. France is known for supporting the Hutu-led government of Habyarimana against the Tutsi-dominated RPF during the process leading to the massacres. France has been accused of arming and training the Hutu perpetrators responsible for the slaughter.  French troops are also accused failing to protect Tutsis, not intervening to the massacres and leaving them at the mercy of the Hutu extremists during Operation Turquoise, a French-led military operation in Rwanda in 1994 under the mandate of the United Nations. Furthermore, the operation has been claimed to be a backdoor allowing thousands of Hutu genocide suspects to escape.[9] France has been also later criticized for harboring genocide suspects and failing to extradite them as well as being slow in arresting and prosecuting suspected genocide perpetrators living in France.[10]

France has long rejected these accusations. In 1998, a French parliamentary committee of inquiry declared that "France was in no way implicated in the genocide against the Tutsis", but admitted that French authorities made "serious errors of judgement."[11] In 2010, the then French President Nicolas Sarkozy had admitted that France made “mistakes” during the genocide in 1994. He had said that France had suffered from "a sort of blindness" preventing the country seeing “the genocidal aspect” of the former Hutu government, and that “international community, including France, had to reflect on the mistakes that stopped it from preventing and halting this abominable crime.” Yet, Sarkozy had refused to offer a “full apology”.[12]

Ultimately, in this debate between France and Rwanda, many Rwandans believe that France had at least some sort of an role in the 1994 genocide, and that it tries to divert attentions away from the killings (for instance, by focusing on the plane rather than the massacres itself). It appears that the tense relations between France and Rwanda will not calm down in the near future. There is even a risk that the recent row might lead to the breaking of diplomatic relations once more. A French court’s recent confirmation of the 25-year prison sentence of a former Rwandan intelligence officer for complicity in the massacres[13] - a move that could be considered as a positive development with the context of Rwandan-French relations- took place under the shadow of the above-mentioned recent tension between the two countries. Yet, it appears that unless both sides sit down, lay down their arguments and try to find a solution, relations between the two parties would remain to be poisoned.