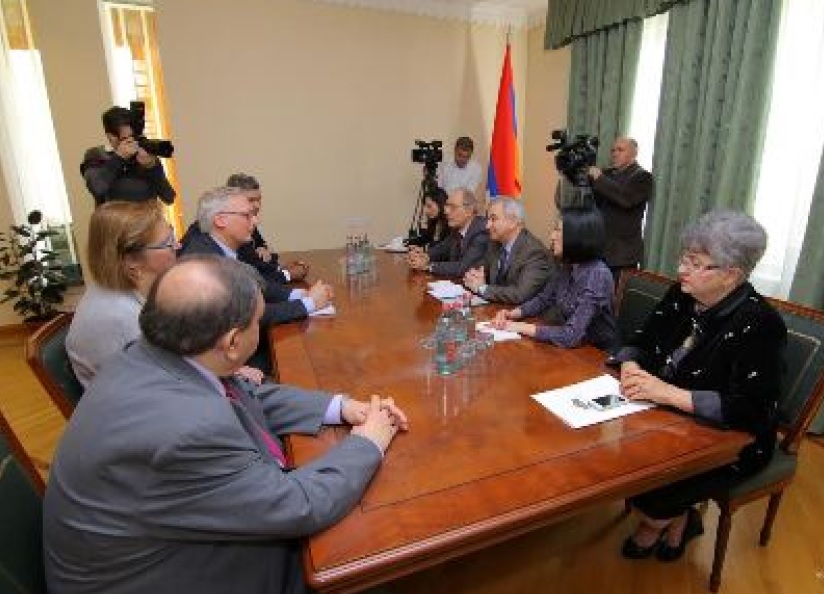 Armenia’s attempts for the recognition of Nagorno Karabakh by the international community continues. It is obvious that these attempts gained momentum especially after the war between Azerbaijan and the Armenians in April 2016. Although lasted a few days, the 4 Day War had serious adverse consequences for Armenians. For example, the cabinet change in Armenia in September 2016 and the so-called constitutional referendum in Nagorno Karabakh on February 2017 shall be seen within that context. However, Armenians were cornered when blogger Alexander Lapshin –a citizen of Russia and Israel- was arrested and extradited to Azerbaijan on charges of illegal visit to Nagorno-Karabakh and the actions against the statehood of Azerbaijan. Armenians are now trying to retaliate by inviting parliamentarians and other representatives from primarily European and Western countries. After the invitation for a meeting of a group of bloggers, the last example of such an attempt took place when a group of Belgian parliamentarians visited Stepanakert last week.

Three parliamentarians from the Belgian federal and regional parliaments, Andre du Bas de Warnaffe, Emmanuel de Bock and Pierre Kompany, through the initiative of European Armenian Federation for Justice and Democracy, paid a visit to Nagorno Karabakh, attended meetings and visited a monument built for Nagorno Karabakh war on 20-22 March of 2017. A statement by one of the parliamentarians, Pierre Compagnie was especially disappointing: “I see here a country whose objective is not to separate at any cost, but to correct the historical mistake; this is a great lesson for me”.

This visit is not the first illegal visit by Belgian parliamentarians and other representatives. Not long ago, on September 2016, another group of Belgian parliamentarians travelled to the region. Azerbaijan responded by declaring these individuals as persona non grata and protested the visit through diplomatic channels. Unfortunately it seems that the Belgian government and the Western countries do not seem to grasp the importance and the seriousness of Azerbaijan’s legitimate reaction.

Thus Western countries’ stance on the Nagorno Karabakh is alarming. Such visits mean firstly that the ongoing occupation of Azerbaijan’s one fifth territory is sanctioned by the Western community, and second a breach of international law, United Nations Security Council resolutions and the international case-law created by the European Court of Human Rights and other legal grounds. Especially such a stance would mean also a support of Armenian attempts to keep status quo and the recognition of Nagorno Karabakh’s illegal international status, especially in the face of negotiations between Azerbaijan and Armenia that are currently on hold but are likely to resume in the near future. These actions can also impair possible normalization of Azerbaijan-Armenian relations and a viable resolution of Nagorno Karabakh conflict. It is obvious that Azerbaijan’s increasing military, economic and political influence should not be disregarded while Western governments should abstain from further actions that might damage the possible resolution of Nagorno Karabakh conflict.