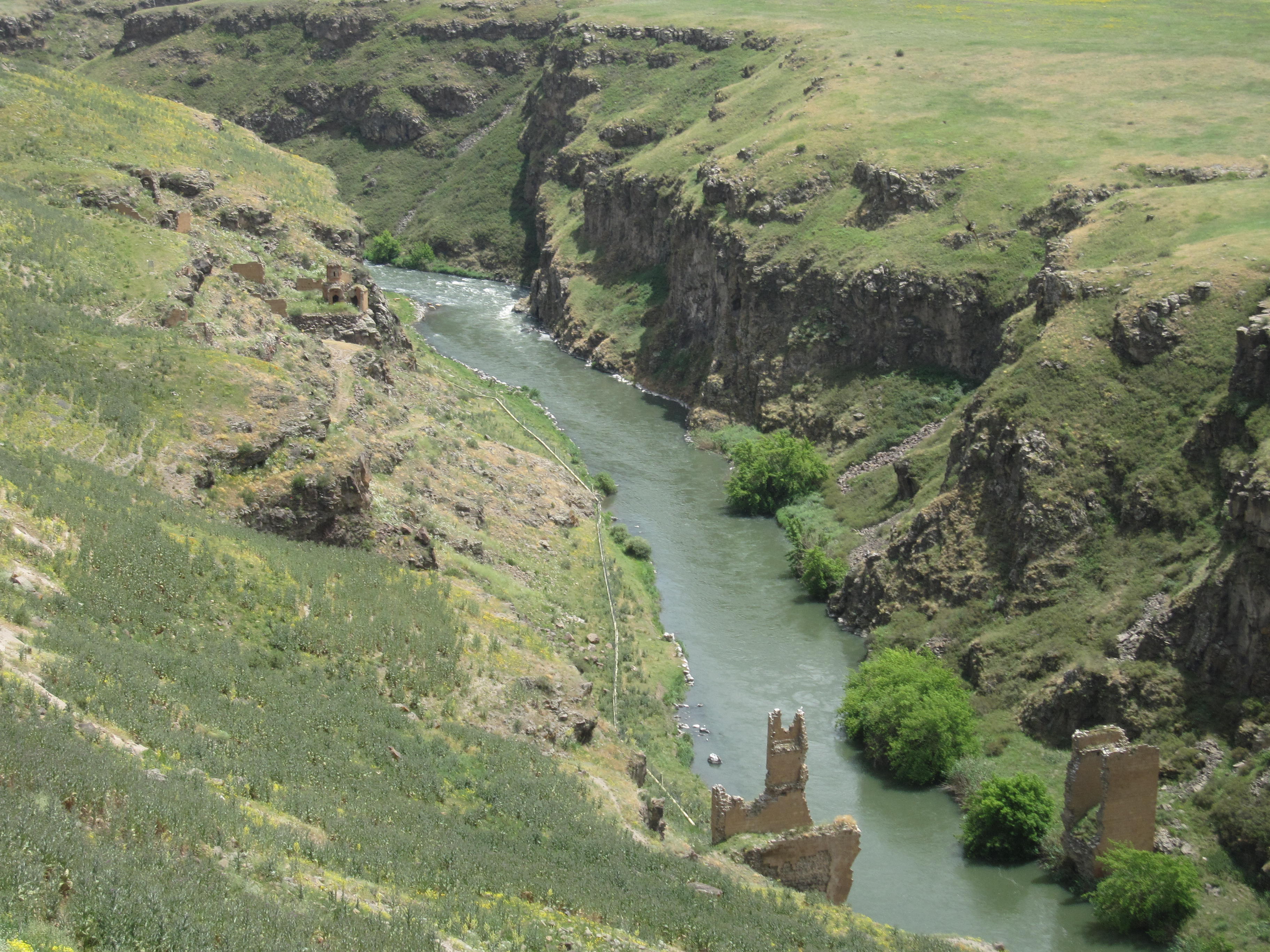 An “Armenia-Turkey Investor Day” has been lunched in Yerevan on May 2nd, 2017. The articles that appeared in news outlets about the program suggest that it aims to promote “the concept of institutionalization of Angel Investors network in Armenia, support the entrepreneurial ecosystem, connect entrepreneurs with Angel Investors, and encourage the establishment of lasting and profitable relationships between investors and entrepreneurs“. The program was initiated by Public Journalism Club (PJC) and the Economic Policy Research Foundation of Turkey (TEPAV), in cooperation with Angel Labs; and except the latter, PJC and TEPAV are among the 8 partners that contribute to the “Support to the Armenia-Turkey Normalization Process” (ATNP), a program that has been funded by the EU since 2014. It also seems this new program is a continuation of several other projects such as “Exchange of Entrepreneurs”, “Technology Goes Beyond Borders” and “Economic Opportunity Analysis” under the ATNP.

At first glance, Armenia-Turkey Investor Day program is an attempt to promote bilateral economic relations between Turkey and Armenia, which currently have no diplomatic relations. Investment in the Armenian IT sector seems to be the key focus of the program[2] to which companies from “not only Germany and the United States, but also Turkey” supposedly show interest. It is not clear which companies show such interest, but some Turkish representatives, who have ventures not in Turkey but abroad, have been present in those meetings. It is also surprising to see that the whole program is about the promotion of a one-sided investment program that would benefit Armenian entrepreneurs. To say the least, the feasibility of such a program would be one of several other problems. But the main problem, like other programs under ATNP and several other Track-Two programs on Turkish-Armenian normalization, is their one-sided nature, i.e. how they promote only the Armenian political and economic discourse over Turkey.

“Support to the Armenia-Turkey Normalization Process: Stage One (ATNP1)” was initiated in 2014 to “to empower and engage civil societies of Turkey and Armenia to contribute to the enhanced regional peace and stability, democratic pluralism and social inclusion across and within their societies.”[3] It lasted 18 months with a 2 million-euro-grant provided by the EU under the Instrument for Stability, while a consortium of 8 NGOs were selected as partners to this program. The eight NGOs are Civilitas Foundation, Eurasia Partnership Foundation, Public Journalism Club, Regional Studies Center from Armenia and Anadolu Kültür, TEPAV, Helsinki Citizens Association, and Hrant Dink Foundation. It will not be wrong to say that all of these NGOs have been involved with each other on several other projects and had similar or parallel goals in terms of Turkey-Armenia normalization efforts, for instance opening of the border between Turkey and Armenia.

One main pillar of this first program was defined as “inclusiveness”, namely “to engage and support new actors in the dialogue process…  to propose and implement their own project ideas.”[4] The website that includes detailed information about the projects implemented within the first phase (ATNP1), shows that it included several topics, for instance on people-to-people contacts, media, education and training, new actors, business, culture and arts, and policy support. The program is said to have provided grants to more than 2000 direct participants and beneficiaries, while a sum of over 10,000 people were reached out through various activities, meetings and screenings. It is also argued that the first phase had impact on three major areas, i.e. 1) Increased people to people contacts and awareness, 2) Increased civic and institutional ownership and capacity, and 3) Increased culture of democracy in civil society, although there are no official reports[5]  on how the program with a 2 million-euro grant from the EU has achieved its aims.

Despite this ambiguity concerning the efficiency of ATNP1 as a track-two diplomacy project, the program has been renewed for a second time as Support to the Armenia-Turkey Normalisation Process: Stage Two (ATNP2), this time with a budget of 1,5  million euros. It has been argued that ATNP2 “builds upon the achievements of ATNP1 implemented between 2014-2015”, and repeats the aim of “inclusiveness” as one of the main pillars. In fact, this new project is a complete renewal of the first phase, with the same partners and project topics as outlined in the ATNP1. Despite this second phase replicates the first phase in all aspects, there is a significant decrease in the overall grant from 2 million euros to 1,5 million, although there is no explanation for this decrease anywhere in the official website. How this renewal of the ATNP1 is going to have an impact on track-two diplomacy between Turkey and Armenia is yet to be seen. But some points with regard to the implementation and the impact of such grant schemes and projects should be mentioned.

One of the most detailed analysis of the impact of Turkish-Armenian civil society activities can be found in a monograph published in 2012 by one of the partners of ATNP program, TEPAV, and written by Esra Çuhadar and Burcu Gültekin Punsmann. This study reflects on the results of 64 programs implemented between 1995 and 2010 and presents some very important findings that identifies “general trends in the Turkish-Armenian peacebuilding and areas that require more attention by donors in future activities.”[6]  The study points out a major distinction between normalization and reconciliation as two separate processes: the former does not “aim to resolve the conflict, but manage it on a non-destructive level.”[7] This distinction reflects how track-two diplomacy initiatives fail to have policy implications and remain as efforts limited to civil society dimension, hence the argument that they become ends rather than the means to peacebuilding. This is especially true when the participants to Turkey-Armenian normalization efforts are “usually the same individuals and groups.”[8] An example of such a limitation occurred when ANTP program has been renewed with the same 8 NGOs as main partners for the second phase. Thus, TEPAV report suggests that the participants should be extended to also cover “those groups that have not been included before, such as women, nationalist and conservative youth, and young entrepreneurs.”[9]

This finding is, however, short of defining how and why usually the same groups and individuals are involved in such projects. Additionally, a major finding in the report points out that access to funds are highly selective, and suggests that the whole process have to be democratized.[10] It will not be wrong to assume that this argument reveals the very obvious deficiency of the involvement of NGOs and think-tanks which have alternative views on how normalization -and in fact reconciliation- processes should proceed on a more viable and sustainable manner, and which can also have a Track-one impact in the end.

Although the report mentions that most of the cross-border projects that were included in the study “allow a plural re-reading of the past that bind peoples of the region together and the revisiting of the concurrent memories,” an outside observer can easily observe, even from “the characteristics of the NGOs and the profile of the individuals involved,”[11] that these grants are not aimed towards building a dialogue of different views and finding ways to reconcile Turks and Armenians on a more righteous basis, let alone provide any kind of normalization. Rather, grant programs support track two diplomacy efforts aim to strengthen and promote a frequent and high-pitched one-sided (Armenian) monologue that are expected to bring change only on the other side (i.e. Turkish). This is a major defect behind the selective approach that provides grants to NGOs with similar views only, and therefore have little impact on normalization (and therefore reconciliation, if any) efforts.

Like its predecessor ATNP1, the launching of the programs such as the Investor Day under ATNP2 supported by the EU, promote a one-sided approach to normalization as they fall short of identifying the political dimension of the problem in the first place. This flaw is worsened by the fact that the projects launched as part of Track-Two diplomacy efforts are doomed to fail if they continue to ignore this political dimension, and to promote an Armenian-oriented approach. The selection of the partners, the failure to identify and analyze the results of the previous programs and one-sided approach would make these efforts inefficient as they fail to produce constructive results for a possible normalization of Turkey-Armenia relations. This is an approach that will benefit only the NGOs that stand to gain financial benefits from related grants and not the target-group, i.e. Turkish and Armenian societies.

[2] Another program launched under the ATNP first phase identified ICT and Tourism as sectors with potential for bilateral cooperation.

[5] It wasn’t possible to access any project evaluation reports, neither in the official website of the program, nor on EU, EEAS, or the EU delegation websites to Turkey and Armenia, which are official supporters of the program. A small booklet is provided in the website of ATNP, summarizing the activities implemented throughout the phase 1 of the Project, which can already be found in the website in detail.

[6] Esra Çuhadar and Burcu Gültekin Punsmann, Reflecting on the Two Decades of Bridging the Divide: