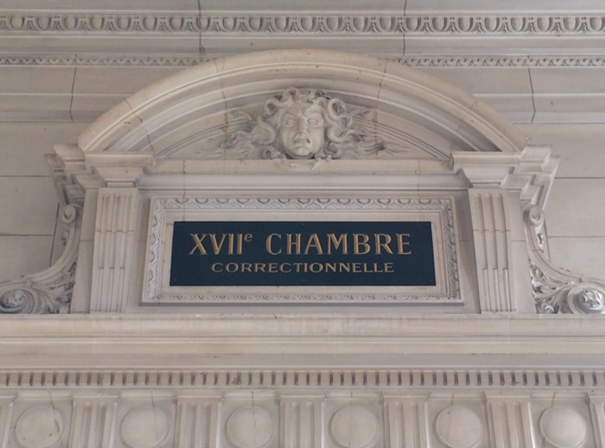 On October 17, a triple trial took place at the Paris tribunal (17th chamber, medias chamber). The trial involved Maxime Gauin, scholar in residence at AVİM, against Jean-Marc “Ara” Toranian, chief of the political branch of the ASALA in France from 1976 to 1983, currently co-chairman of the Coordination Council of France’s Armenian Associations and editor of the monthly Les Nouvelles d’Arménie magazine, and Samuel Tilbian, treasurer of the Federation of Armenian Associations in Rhône-Alpes (Lyon’s region).

The first case is against Mr. Toranian and Mr. Tilbian together, the second for having written defamatory words, the first for having not removed the message until two months had passed, in spite of the fact that he was (and still is) the editor of the website. In the said message, Maxime Gauin was called “a true hack at the service of Turkish Fascism” and “a certified denialist.”

The second case is against Mr. Tilbian only, regarding his messages calling the same victim “a pathetic civil servant of the Turkish Fascist administration, whose IQ must be barely 75,” one of “those [who] make Nazism an efficient machine,” and who was “hired by the Turkish Fascist state as professional falsifier in historical matters,” and “a Faurisson, a Dieudonné, a Soral.” To inform the reader; Robert Faurisson is one of the most famous Holocaust deniers,[1] Dieudonné M’Bala M’Bala has been sentenced several times for incitement to hatred and insult against the Jews (including for a short show with Robert Faurisson),[2] and Alain Soral is a writer who turned to the far right around 2004, and who too has been sentenced several times for defamation and for making racist statements.[3]

The third case is against Mr. Toranian only, for three excerpts of an editorial he published on his website, one accusing his victim being able to write anything and its opposite according to the audience, one accusing the victim of spreading “the denialist theses of Turkey on the Armenian genocide,” and one comparing him with Robert Faurisson.

A part of these attacks that have been sued by the victim, Maxime Gauin, as defamation, and the rest (those who are not articulated on precise facts, such as “Faurisson, Dieudonné, Soral”) as insults, in conformity with the French Law of 29 July 1881 that establishes the distinction between defamation and insult, and of the Constant Case Law that considers a general attack against honor -without concrete accusation- to be an insult. No offer of evidence was filed for the said defamatory words. As a result, the defense argued on good faith only, and even pretended (without any basis) that the traditional criteria for good faith (a minimum of factual basis, prudence in the wording, absence of personal animosity, legitimacy of the pursued goal) are not required anymore. Instead of engaging in any discussion on Maxime Gauin’s scholarly publications, the defense made general attacks against Turkey, tried to link the plaintiff with the Turkish state (without any evidence) and made irrelevant references to Holocaust denial. There was no attempt to discuss the decision of the French Constitutional Council in January 2017, ruling that the tragedy of 1915 and the rest of events which were not judged by a French or international court recognized by France “may be the subject of historical debates,”[4] unlike the genocide of the Jews by the Nazi regime.[5] Regarding the European Court of Human Rights’ (ECtHR) Perinçek v. Switzerland case, the defense quoted one irrelevant sentence of the ECtHR Second Chamber decision, and completely ignored the distinction made by the ECtHR between the controversy regarding 1915 and Holocaust denial:

“175. […] The Swiss Government had not duly showed that this rejection had promoted racial discrimination of the Armenian community in Switzerland, and there was no basis automatically to infer from it racist and nationalistic motives or an intention to discriminate. The main difference in this respect with statements relating to the Holocaust, whose denial today was one of the main vehicles of anti-Semitism, was the lack of connection between past and present hate. […]

231. […] He [Doğu Perinçek] took part in a long-standing controversy that the Court has, in a number of cases against Turkey, already accepted as relating to an issue of public concern (see paragraphs 221 and 223 above), and described as a ‘heated debate, not only within Turkey but also in the international arena’ (see paragraph 224 above).”[6]

Correspondingly, the two defense witnesses, Yves Ternon and Raymond Kévorkian, did not make any criticism of Maxime Gauin’s work and were not able to give a single example of falsification. Regarding the insults, the defense did not try argue that there is the excuse of provocation (unlike Movsès Nissanian’s failed defense against the same Maxime Gauin in 2009-2010),[7] but just pretended that they are not insults, but rather opinions, or at worst, defamations. The defense tried to compensate this extreme legal weakness with a lot of pathos, and the defendants shamelessly presented themselves as victims of “Turkish denialism.”

Jean-Marc “Ara” Toranian and Samuel Tilbian are defended by Henri Leclerc, who previously defended JCAG and ASALA terrorists in France, together with Patrick Devedjian.[8] Maxime Gauin is defended by Patrick Maisonneuve, the counsel of the Managing Director of the International Monetary Fund Christine Lagarde and tennis player Rafael Nadal. The verdict will be pronounced on November 28, 2017.