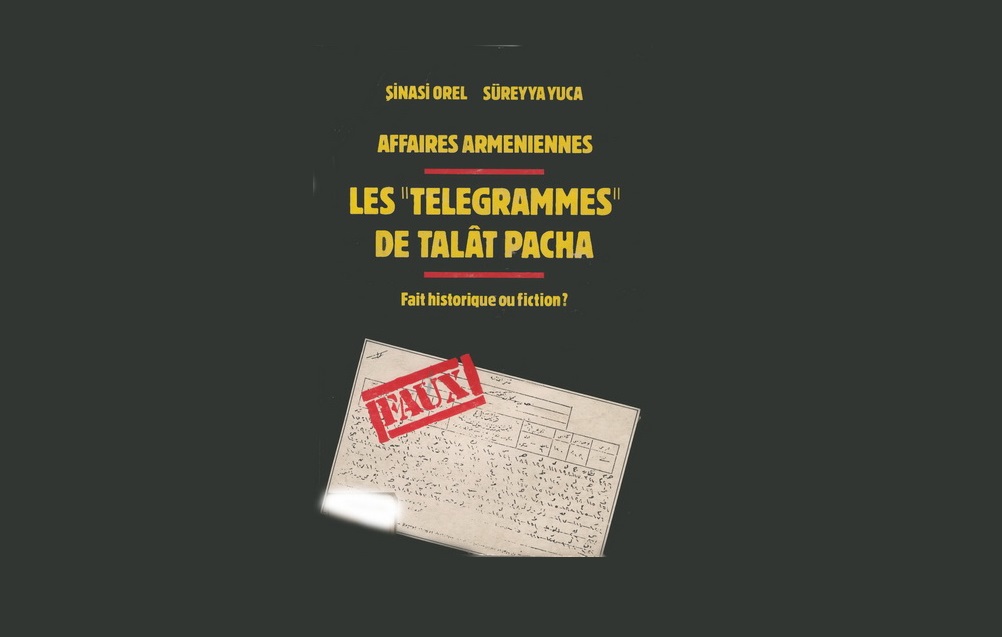 The concept of “Armenian genocide allegations” has nowadays become inadequate to describe the propaganda in the international arena made against Turkey. Both the Armenian diaspora, in their countries of residence, and Armenia, in the international arena, are carrying out systematic and long-term activities. These activities focus on suppressing and obstructing all opinions and initiatives that are inconsistent with the Armenian narrative. Thus, a misconception has even emerged that the propaganda and pressure by Armenians was more effective. However, what Armenians do is that they concentrate on quantity rather than quality in their propaganda activities, and especially for this reason, they avoid facing or entering into dialogue with people who express different opinions.

With regard to the historical aspect of Turkish-Armenian relations, historians has produced numerous studies on relations between Turks and Armenians especially from Armenian revolts, which systematically broke out beginning from the late 19th century, to the present. It is clearly seen that views in line with the Armenian narrative numerically dominate these studies. However, as demonstrated by scientific studies countering the Armenian narrative, the scientific basis of the Armenian theses are either very poor or disputable. As a matter of fact, disputes on Armenian revolts and their role in the dissolution of the Ottoman Empire still continue. What should be taken into account at this juncture, as seen with the Taner Akçam example, is the fact that “historical studies”, which form one leg of the Armenian propaganda, are qualitatively questionable. A significant majority of studies that defend the Armenian thesis are clearly academically and ethically disputable and are full of falsifications. The best example for all of these is Taner Akçam.

Taner Akçam is not a historian; he received his education in sociology. All researchers that work on Ottoman-Turkish history in history departments of universities go through a very serious training process in order to work in Ottoman archives and the archives of the Prime Ministry. However, Akçam lacks such training. Furthermore, Akçam admits that he can’t read Ottoman Turkish documents. Yet, his books are filled with documents that he claims he uncovered. Akçam’s inability to work on archive documents with the attention and knowledge of a historian is a significant methodological when also considering the fact that he cannot find such documents in the archives. However, surprisingly his books are published in Turkey and abroad, and he is able to receive awards for his works. When analyzed, his works are clearly seen to be disputable publications that feature the Armenian narrative, and even aim to revive claims that were recently mostly invalidated in a clear and definitive manner. One such example is his study, in his recently published book, about the telegrams attributed to Talat Pasha that were previously categorically proven to be forged. These telegrams are a clear example of how those who support the Armenian theses can create false documents supporting their claims and how they can falsify existing documents. Yet, Akçam’s recently published book has the audacity to defend these documents as authentic despite the fact that they were proven to be forged and that this was not denied by Dadrian, who is Akçam’s greatest supporter.

However, what is important here is how Akçam turned out to be such well-known figure whose books are published allover despite his inadequacies and forgeries.

No impartial academician can receive such a support from Armenians with an academic and objective study; numerous academicians who genuinely conduct such studies are harassed or even receive threats all over the world.[2] Armenians still continue their efforts to punish those who reject the Armenian genocide thesis, and to hinder and prevent academic discussion through harassment and threats.[3]

It is quite obvious that if Akçam had been a real historian and an objective researcher, he would not have been, after all, a figure that is supported and promoted by Armenians in such a manner. It is actually possible to regard Akçam as part of the propaganda project introduced by those who support the Armenian theses. Serious publishers should see that this propaganda project called Taner Akçam does more harm than good to the future of Turkish-Armenian relations. People like Akçam, who continue a narrative that is sustained by radicals and is based on questionable texts with unknown sources, have never contributed and will never contribute to Turkish-Armenian relations. It should be seen that the support given to the works of such people does not serve historical truth, but serve the obsessive advocacy and imposition of a near-religious dogma. Historical studies should be carried out with scientific methods. Akçam ignores the most important principle of scientific methodology. He avoids answering for his obvious falsifications and mistakes, and attacks those who challenge his opinions by labeling them as “denialists”.

After 2015, both Turks and Armenians should get past this narrative that belong to the past, and overcome the influence of such people like Akçam. Such narratives and such people neither helps revealing the truth nor present a solution for the future of both communities. This also harms the Armenians’ perception for the future and their quest for truth.