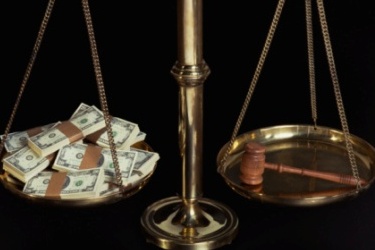 There has been numerous attempts by the American Armenians to politicize the genocide allegations against Turkey before the American political and legal forums in the past. Armenian Diaspora organizations have been politically active in the US where they have been partly successful arousing interest and sympathy for their campaign against Turkey. However, a recent legal dispute between lawyers of claimants from Armenian Diaspora, who sought class action suits against insurance companies and Turkey, revealed the original intentions, namely exploitation of these suits for sheer personal gain by the lawyers and the resulting failure of attempts to politicize – through litigation processes- Armenian allegations in the US.

There are different dimensions to Armenian strategy to politicize and publicize their allegations. These included the promotion of “academics” and their work, who are aligned with these one-sided allegations, therefore trying to dominate the international discourse in favor of the Armenian views. Another dimension to these attempts have been in the legal arena, especially in the United States, where Diaspora have long been active trying to influence lawmakers to bring about legislation that would legalize Armenian allegations before the American judiciary. First initiatives included three lawsuits against insurance companies in the US to claim insurance benefits for the descendants of the Ottoman Armenians, on the basis of a “Poochigian Bill”[1] which allowed the descendants of Ottoman Armenians to seek survivor benefits before California courts. Behind these class-action suits were three lawyers: Mark Geragos, Brian Kabateck and Vartkes Yeghiayan.

Contrary to the Armenian discourse, two of the three litigation processes against French insurer company AXA and an American insurer NY Life resulted in settlements, as these two companies agreed to pay $37.5 million in total to the beneficiaries. The third however encountered resistance from the German insurer Munich Re[2] (Victoria Versicherung AG’s parent company), which pursued the process, until when the Poochigan law was declared unconstitutional by the US Supreme Court on the grounds that it violated the foreign affairs doctrine, i.e. the US Executive’s purported policy preference to determine policy on the “Armenian genocide”[3].  Movsessian case naturally has dire consequences for the subsequent Armenian litigation attempts, namely the Bakalian and Davoyan cases, through which Armenians tried to 1) bring about their allegations before the American judicial system and 2) seek compensation from Turkey and its “instrumentalities” Ziraat Bank and Central Bank.[4]

After the settlement, however, there has been an acrimonious split between the members of the team, namely Geragos and Kabateck on the on hand and Yeghiayan on the other. After a while, it became clear that the most of the claimants for the class action suit never received any payments; files on claimants went missing, while money from the settlements were lost as they were transferred to bogus nonprofits established allegedly by Yeghiayan and Rita Mahdessian, his wife. Considering the fact that the three lawyers were treated as heroes during the litigation process, and especially after another series of class action lawsuits against Turkey were also initiated, it was a shock for the Armenian Diaspora to learn that these cases only helped the lawyers get richer. But the rupture became gradually deeper, when, in an interview Yeghiayan argued that the point of these cases are not the Armenian cause.[5] Thus, the whole scandal has been either ignored or kept carefully concealed by the Diaspora Armenians.

It is critical to remember that even if these cases weren’t remanded by the Supreme Court, they were destined to fail during the litigation process. It is legally and historically established that any demands relating to Ottoman Armenians’ and their descendants’ demands have already been resolved by the Lausanne Treaty and the subsequent Turkish-American Treaty of 1934 (Ankara Agreement). The latter agreement was devised to compensate those American citizens of Ottoman Armenian descent who became American citizens before 1915. Following long negotiations between the two governments, both countries agreed that a lump sum amount be paid to the American government. During the negotiations and after the agreement was finalized, it was understood that most of the Armenian (or of other) claimants did not even have legitimate beneficiary status and most of the claims were indeed fraudulent. It was the American government which decided to finalize the settlement when there were no legitimate claimants left, and with an exchange of diplomatic notes between the Turkish and American governments, the issue was closed.[6] Therefore, these demands by the so-called descendants of the Ottoman Armenians does not have any value, not before the American judicial system or international courts.

One thing these cases proved has been the fragility and unsustainability of the Armenian cause, unless Diasporan Armenians leave aside the imagined reality that they created in their own glass ceiling for the sake of a viable future. It also proved that the Armenian strategy to politicize the judicial arena in the US or elsewhere (see Perinçek case[7]) is a futile way for the Armenians. Armenians must immediately realize that such an approach to divert attention from the problems of the Diaspora and Armenia is no good for the future of the Armenians.

[3] Aslan Yavuz Şir “Diaspora Armenians And Their Initiatives For Compensation: The Reflections Of The Movsesian Case” AVİM, 27.02.2012