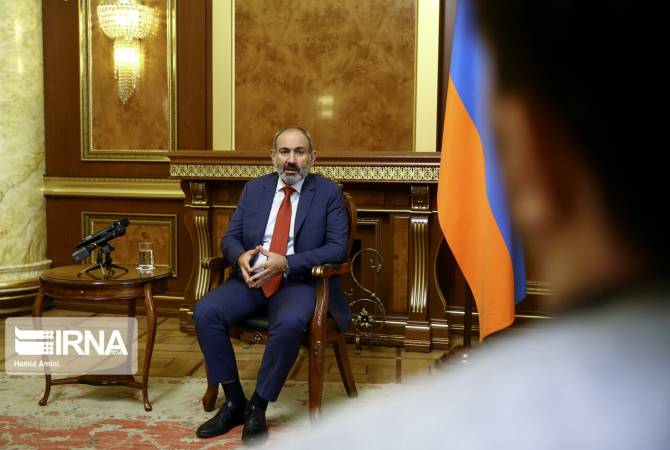 According to Armenpress’s 2 September 2019 news report titled “Armenian PM gives interviews to several leading Iranian media outlets”, Pashinyan made comments regarding the Turkey-Armenia relations in an interview he had given to some of Iran’s prominent media outlets. In the interview, Pashinyan stated that he is ready to establish diplomatic relations with Turkey without preconditions. At the same time, he added that establishing diplomatic relations with Turkey does not mean that they have given up on their policy of the so-called Armenian genocide being recognized in the international sphere. In addition to these, Pashinyan stated that the issue of the so-called Armenian genocide does not touch upon the Turkish-Armenian relations only, Armenia views this issue also from the viewpoint of international security.[1] This viewpoint and discourse was present even before Pashinyan came to power. With Pashinyan coming to power, the viewpoint and discourse did not change and they continue to be a precondition in the relations with Turkey.

Once again, according to Armenpress’s 6 September 2019 news report titled “Armenian PM gives interviews to several leading Iranian media outlets”, Armenia’s Foreign Minister Mnatsakanyan also stated that he does not see any reasonable reality in the establishment of diplomatic relations between Armenia and Turkey. He expressed that Turkey rejecting the Zurich process, the constant state of blockade (Armenia being isolated), the “denialist” policy against the “so-called” genocide and the highlighted “bias” on the Nagorno Karabakh issue by Turkey were the reasons for this.[2] In this context, Foreign Minister Mnatsakanyan stating with a clear manner in a press conference that he does not consider establishment of diplomatic relations with Turkey as being realistic in spite of Pashinyan repeatedly wishing to establishing diplomatic relations with Turkey since the day he came to power but being unable to put it into practice displays a contrast.

The statements of Pashinyan and Foreign Minister Mnatsakanyan expressed a few days apart contrast each other, yet at the same time they indirectly affirm each other. If we assume that this manner of discourse is part of the foreign policy, it will be possible to distinguish whether Pashinyan is stating his wish for the establishment of diplomatic relations with Turkey to the international community or to Turkey. Mnatsakanyan is stating his messages to Turkey directly. The difference in discourse of the Armenian Prime Minister and Foreign Minister, -even if leads to contradiction between them- are a part of their strategies and their messages to the international community and to Turkey are actually quite clear.