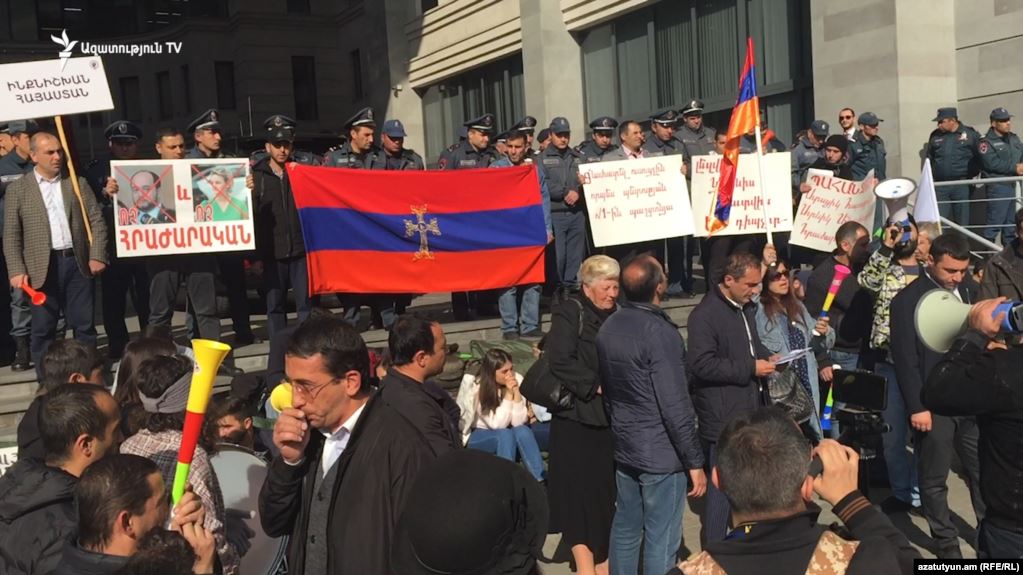 According to the 07 November 2019 news report of an Armenian news website, the Minister harshly criticized the ARF and the organizations affiliated to the ARF because of their resignation demand; the Minister implied that the Dashnaksutyun displayed undisciplined behavior and emphasized that they are in contact with former authorities and are creating artificial problems for the Pashinian government. The Minister also appealed to the Dashnak leaders who live outside Armenia to look back at the failures of their parties and he defined the Dashnaksutyun as unsuccessful and rejected by society. Moreover, the Minister stated that the Dashnaksutyun's actions only have a negative impact and that he observed differences between Armenia and the Diaspora Dashnaks in terms of “constructive attitudes”.[1] The Dashnaksutyun or the Armenian Revolutionary Federation (ARF), which is especially active in the Armenian Diaspora, has been envisaged as an entity that radicalizes and terrorizes both Armenian Armenians and the Armenian Diaspora, and in this context, embroils the Turkish-Armenian relations from past to present.[2]

The ARF also published on their news website, which is named Asbarez, the “resignation” demand and their response to the criticism made by the Minister. The ARF repeated their resignation demand and criticized the Minister's observation on the differences between the Diaspora Armenians and the Armenians in Armenia in terms of constructive attitudes. Additionally, the ARF indicated with a radical discourse that the education reform proposed by the Minister is endangering the values ​​coming from Armenia's civil commotion.[3]

There are examples of the ARF’s radical publications in Asbarez.  The recent news report and the commentary which is published in the AVIM Bulletin are recent examples of this situation.[4] The related news report was about Hampig Sasunyan, the imprisoned terrorist murderer in the United States who murdered Turkey's Consul General Kemal Arıkan in Los Angeles, being visited by a patriarch and included the photo of the terrorist Hampig Sasunyan with the patriarch.

The extremism of the ARF is now sparking reactions in both Armenia and the Diaspora unlike before. Thus the Dashnaksutyun Party in Armenia has been out of the administration since last year after being present in the ruling coalition for nearly 20 years. It is time that the Diaspora better understands the divisive, radical and “terror encouraging” attitude of the ARF as did the Armenian Minister.